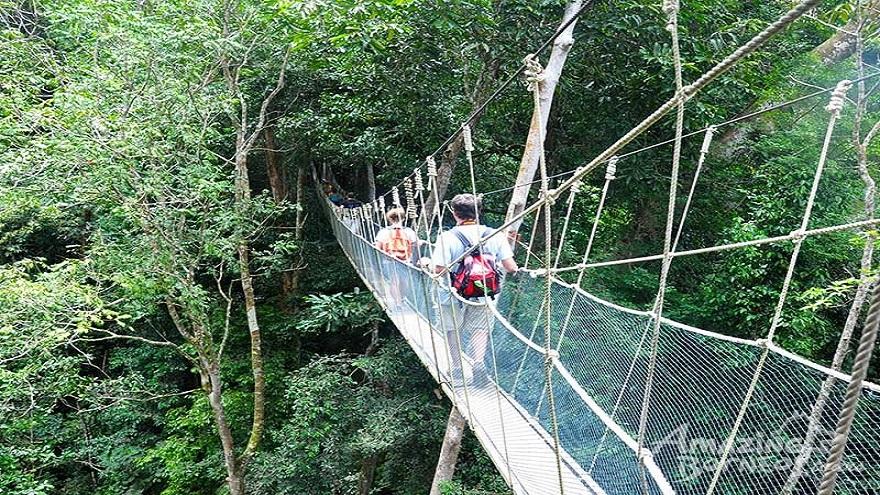 
Tourism receipts for the State are expected to reach RM8 billion this year and will continue to grow in the years ahead if tourists have a safe, comfortable and memorable stay in Sabah.

"This will not happen by chance but it requires both public and private sectors to work in sync. We are happy to work closely with the State Government to achieve the aspirations of Sabah," the Malaysian Association of Tour and Travel Agents (Matta) said.

The association also agreed that Sabah has the potential to be a home port in the region for cruise ships and it is for this reason that both the State Government and all the players in the tourism industry should work in unison for the good of the State, country and all Malaysians.

He said Matta and the Sabah Government under the leadership of Chief Minister Datuk Shafie Apdal had meaningful deliberations on Tuesday on the importance of sound tourism infrastructure, promotions on rural tourism, maintenance on cleanliness of tourism sites such as beaches, safety and security of tourists, high airfares between Sabah and Sarawak and Peninsular Malaysia.

"We are very pleased to be assured by Shafie that his government will continue to collaborate with the association for the betterment of our State and country," he stressed.

During the deliberation held at the office of the Chief Minister, Tan said the association also invited Shafie to officially launch the forthcoming Matta Fair 2019 scheduled to be held in Kuala Lumpur.

In the travel event, he said, Sabah will be the preferred domestic destination.

"This will help boost domestic arrivals to the State," Tan said, adding that Matta was delighted that the Chief Minister accepted the invitation.

On the potential of Sabah being a home port for cruise ships in the region, Tan said to achieve the desired goal, tourism players and State Government should focus on cruise tourism in their efforts to develop more tourism products.

Tan said Sabah is strategically located in the region and sees no reason why the State cannot achieve its ambition.

"We need to look into this segment of emerging market which is getting popular among Asians. Sabah has the advantage because the cruise ship(s) using the State as a home port can cover the Philippines, Vietnam, Hong Kong, Korea, Japan and Taiwan.

"But to make the proposal a reality, a proper cruise terminal like Port Klang or Penang's Swettenham Pier must be built in Sabah to be the home port. This terminal can be constructed in Sapanggar or as a matter of fact anywhere in the State's west coast," he pointed out.

According to Tan, not only having the cruise terminal in Sabah would increase the number of tourist arrivals in the State, the economic spillover for other port-related services such as handling, docking, engineering and refuelling will be good for the State.

"There will be business opportunities and jobs for locals," he added.