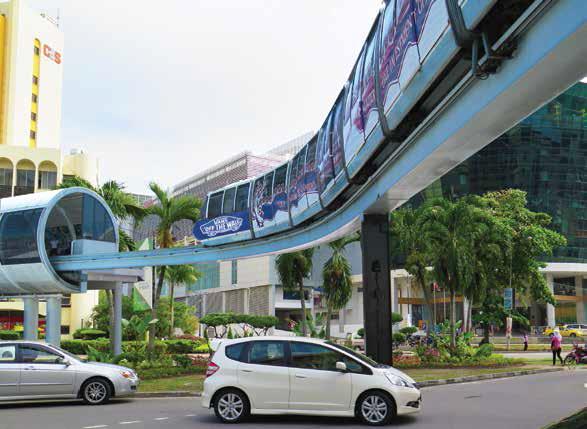 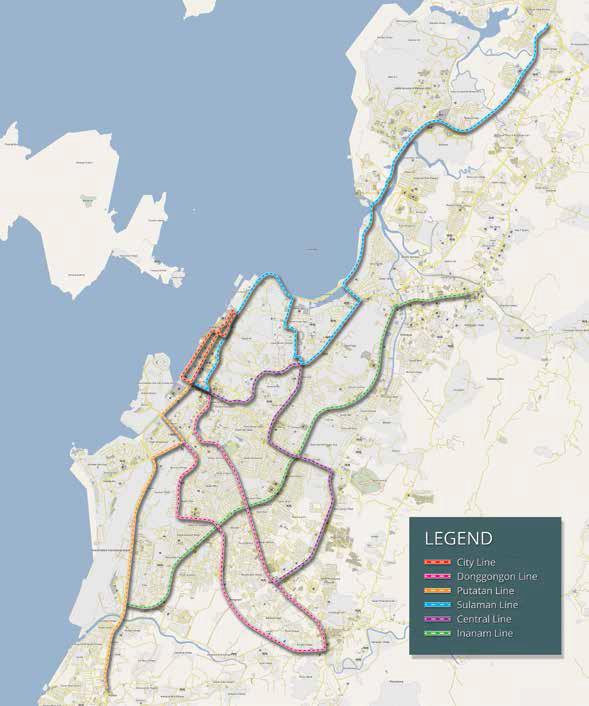 Is It Time for Kota Kinabalu to Have LRT?

One of the many factors that have contributed to the urbanisation of Sabah's towns is its network of roads. Kota Kinabalu is of course the main beneficiary of this progress with all roads leading into the city having undergone a series of upgrades.

Today we have four- and six-lane dual carriageways, flyovers and link roads to connect the city to highly populated residential areas, business districts and industrial centres that provide the manpower and resources to drive the city's economy.

Having to move all these people on a daily basis from their homes to their workplace has created the inevitable problem of traffic congestion. Yet, whenever a new stretch of road is constructed to relieve the pressure, more cars would appear to fill up these roads again.

The city development authorities have been stuck with this persistent thorn in the side for years and frustration is building among road uses to put an end to this daily grind.

The most used public transport in the city is the bus system which unfortunately does not rate very high on the efficiency and reliability scale among the commuting public. Wear and tear is evident on many of the buses; they don't run on a schedule, the drivers' road etiquette is sometimes questionable and unaccommodating routes has made public transport undesirable although it is the cheapest option.

Despite its many shortcomings, the bus system has managed to play its intended role as a transport provider. City planners are now being challenged to upgrade this system or to find an alternative to provide the public with a reliable public transport system that is in tandem with the city's infrastructural and population growth.

Several quarters have made assertions that Kota Kinabalu is ready for the implementation of a Light Rail Transit (LRT) system to ease traffic congestion.

However, there is that pressing issue as to whether Kota Kinabalu has the necessary population to warrant such a massive undertaking like the LRT, both physically and financially.

Stanley Chong who heads the City Hall's City Planning Department says that population size and preference are pertinent issues that they have to address before making a final decision as to which alternative would be most suitable to counter the city's escalating traffic problem.

"Implementing the LRT or MRT system in Kota Kinabalu is going to be very expensive and we would need to gather vital data such as population size, what percentage of this population uses public transport and are they willing to pay for the LRT service.

There must also be an efficient feeder bus system from the LRT stations to the surrounding residential and commercial areas.â€

"If we cannot generate usage and revenue from the users, we won't be able to convince the investors to finance a project of this scale" stressed Stanley.

The Kuala Lumpur LRT and monorail system which began operation n 1998 was built at the cost of RM1.18 billion. Almost 20 years later, it has integrated its transportation network that transports approximately 4.8 million passengers every week with 1092 buses and 60 rail stations operating daily. The 8.6km KL monorail runs across 11 stations and is the intercity public transit system that links key destinations within Kuala Lumpur and serves its central commercial, employment and shopping district.

Yet despite these figures, only a fraction of the city's population uses public transport today and this situation is mirrored throughout Malaysia. A research article on Mode Choice between Private and Public Transport in Klang Valley, Malaysia by University of Malaya published in 2014 stated that in 2010, only 17% of the population in Klang Valley used public transportation compared to usage in more populated cities such as Singapore (64%), Hong Kong (74%), and London (90%).

Opponents to the system also counter that the LRT system provides little of the benefits of reducing pollution and traffic congestion because Malaysians still choose to buy a car, pay higher fuel prices, taxes and maintenance for the sense of independence and convenience a personal vehicle gives them.

If drivers do not choose public transport over personal vehicles, the cost of building an LRT system would far outweigh the perceived benefits.

We can argue that money or more specifically the availability of money will tip the scale to realising the dream of implementing a LRT in Kota Kinabalu. Sabah after all has the resources to generate funds for this.

Jeffrey Kitingan who once headed the Institute for Development Studies which did a study on the city's transportation needs opines that the Sabah government should not be afraid to demand development funds for the LRT project since the state would be contributing an additional RM8.70 billion in oil and gas revenue to Petronas and the federal government in 2014.

"A monorail public transport system is a proven system. If not, there is no reason for the federal government to invest RM36 billion to build the Greater Klang Valley Monorail Transit System" he said.

"And if Putrajaya can finance RM36 billion for the Greater Klang Valley Monorail Transit, there is no reason for the federal government not to finance up to RM12 to RM15 billion to build the Kota Kinabalu Monorail" he adds.

But is spending all that money on implementing a LRT system really worth it?

According to Mayor Datuk Abidin Madingkir, "It is not timely for us to provide a LRT system in the city because the present population cannot sustain the proposed facility.â€

"The most suitable measure would be to put up a Bus Rapid Transport (BRT) system that could reduce traffic congestion in the city and provide for better flow of traffic.â€

The BRT is a project under the City Hall Public Transport Master Plan (KKPTMP) which includes the building of two new bus terminals in Kepayan (Southern Bus Terminal) and Penampang (Eastern Bus Terminal) to complement the existing Northern Bus Terminal in Inanam which will be upgraded. The Wawasan Plaza terminal which is under construction in the city will act as the transit point for city buses and shuttle buses between the terminals. The completion date for the other terminals is projected to be beyond 2015.

There are many success stories about the implementation of the BRT in over-populated cities with one of them being the TransMilenio in Bogota, Colombia. Before this system was implemented, the inhabitants of Bogota would travel on thousands of independently operated and uncoordinated mini buses. TransMilenio is made up of several interconnected BRT lines and was opened to public in 2000 when Bogota's population stood at around 6.3 million. Two lanes on busy highways were dedicated as bus lanes, one for express buses and one for local buses that stop at every station.

The stations are elevated platforms where the bus floor is the same level as the platform, making it easier for the elderly and handicapped to get on and off the bus.

Feeder buses would transfer people from surrounding residential areas to the main terminals but if you ride your bicycle to the terminal, you can park it there for free and take the bus to your intended destination. This feature was designed to reduce the number of feeder buses on the roads.

Several different companies own and operate the buses themselves but a central traffic control room would monitor movement of the buses, communicate with the drivers and ensure that the buses are kept on schedule much like an air-traffic control centre.

Can Kota Kinabalu replicate this success story with its own BRT system to combat traffic congestion? Or is the LRT still the best option?

Stanley suggests that we should take a more persuasive approach to wean the public off driving private cars and using public transportation, particularly when travelling into the city.

"What we try to do is to encourage mixed use developments along all the major roads so that the residents there would have access to all the necessary facilities and amenities such as schools, clinics, banks, restaurants, shops, markets, and recreational areas. New commercial developments would also provide job opportunities for the residents there" he said.

"If they have everything they need close by, they would not have to travel into the city and this will lessen the traffic congestion.â€

Having an LRT system in Kota Kinabalu may or may not be practical given the circumstances of the city's geographical features, existing roads system and public perception of public transport. We are in agreement however that something must be done to alleviate the worsening traffic congestion problem and we hope the answer will not be too far away. What the Home Ownership Campaign Means to You 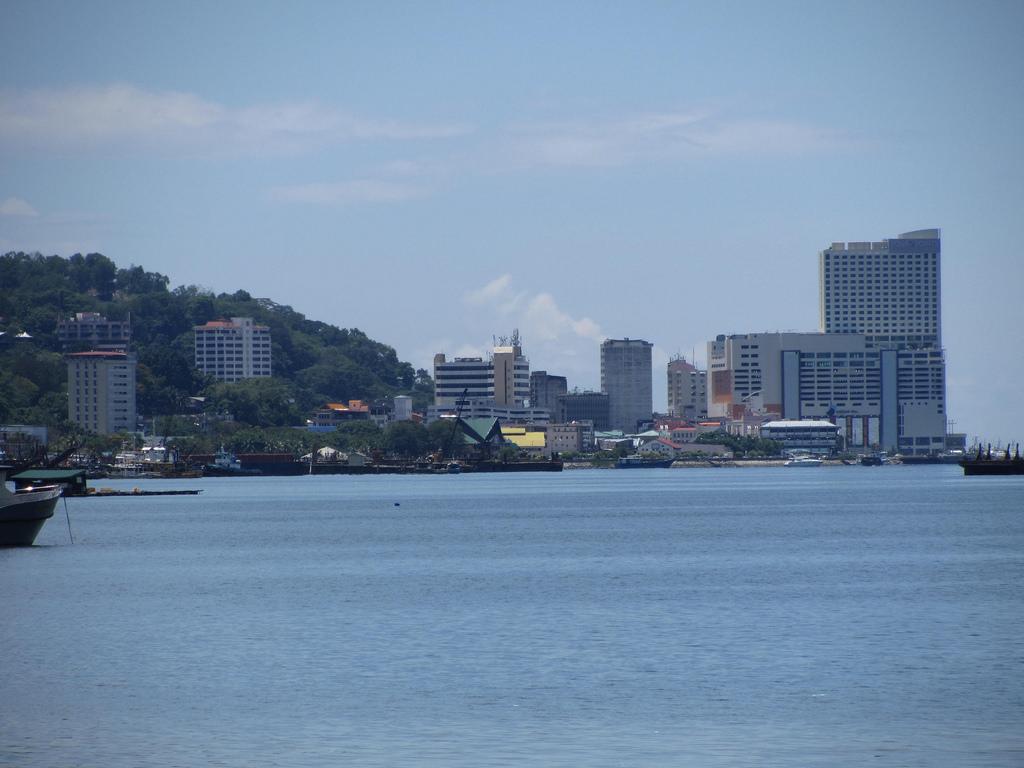 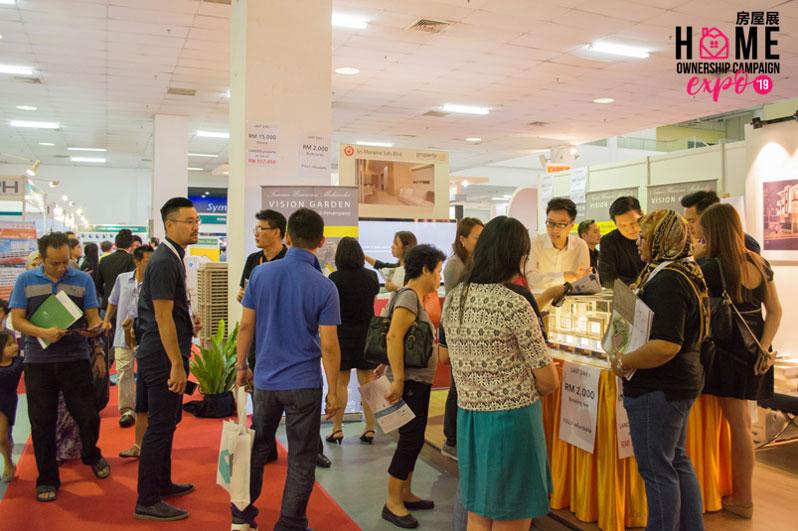