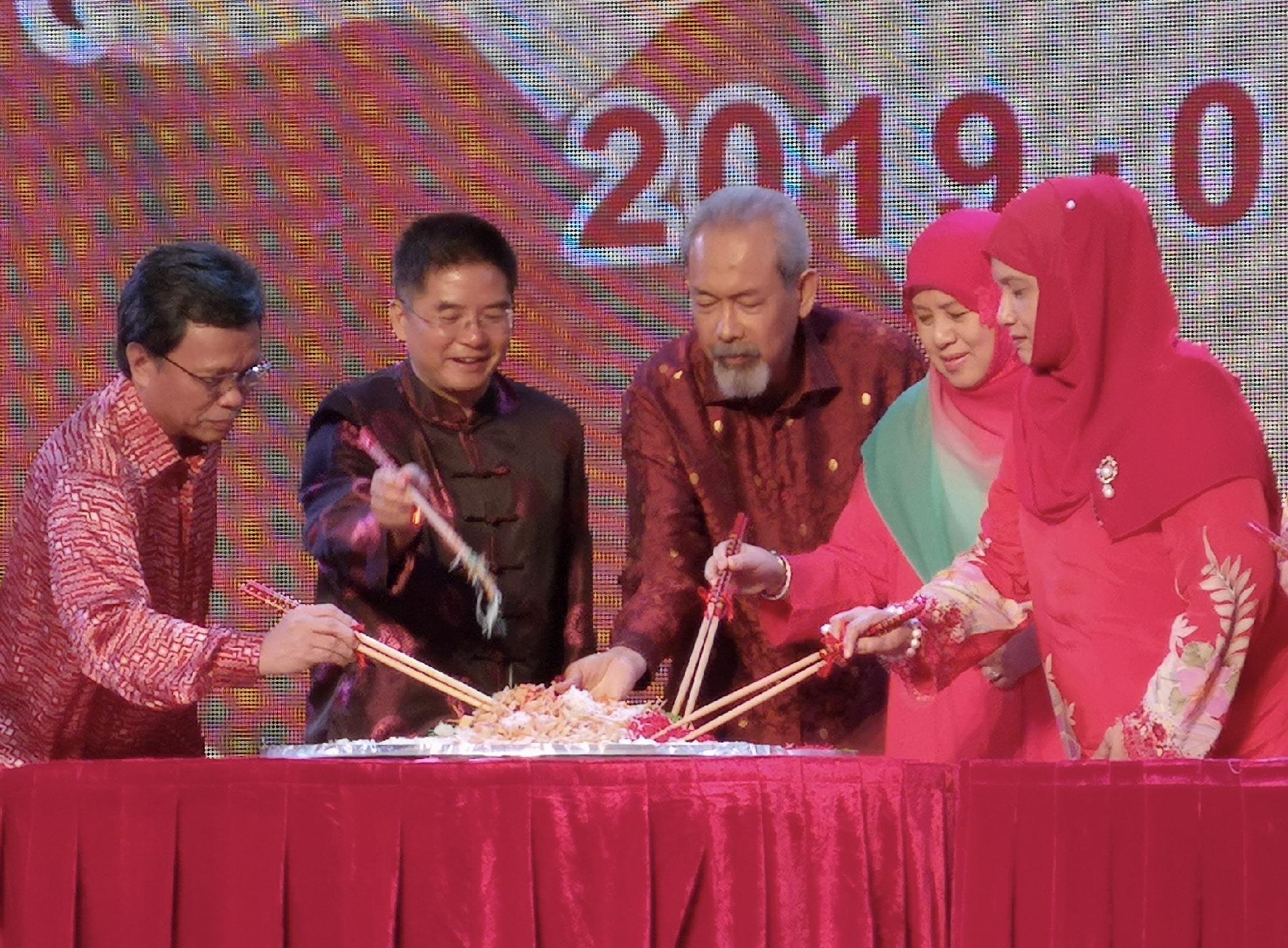 Speaking at the China Consulate's Sabah Chinese New Year celebration at Wisma Hakka on Saturday night, Shafie added that the State welcomes investments from China and that the State government would be making adjustment to make it attractive.

He also said the State was keen to learn more about the culture and people of China and hoped to build a better rapport between the business communities of Sabah with China.

He noted that China is located near to Sabah and that the State has been seeing a large influx of visitors from the republic to Sabah and namely, to Semporna where he is from.

He urged Chinese companies to set up their business here, and encouraged them to employ the locals of Sabah.

Meanwhile, Consul General Liang Caide said that the cooperation between China and Sabah in various fields had been further promoted in the past year.

He said that more Chinese were coming to Sabah for tourism and that last year, the number of Chinese tourists visiting the state were 593,600, an increase of 37.7 percent.

He said that this exceeded the original target of 500,000 people.

"This shows that Sabah is gaining more popularity in China, and it has become one of the favorite tourist attractions for Chinese. At the same time, there are more people from Sabah visiting China. Last year, the Consulate General issued more than 31,000 visas, an increase of 22 percent compared with the previous year. At present, the number of direct flights from Kota Kinabalu to various cities in China has reached 121 flights per week, namely an average of 17 direct flights per day between China and Sabah," he said.

At the same time, Liang also said that more Chinese companies were coming to Sabah for cooperation, investment and development in areas including infrastructure, real estate, electrical power, telecommunications, plantation, aquaculture, tourism and hospitality, logistics, manufacturing and others.

"Chinese companies have brought capital and technology to Sabah, promoted the construction of infrastructure and the development of various industries in Sabah, created more jobs, injected more vitality into the local economy, and brought real benefits to the local people," he said.

He also said the first Confucius Institute in East Malaysia, jointly established by the Changsha University of Science and Technology in China and the University of Sabah, would soon be launched.

"We hope that the Institute will cultivate more talents who understand the languages and cultures of both countries and master professional skills, contributing to the China-Malaysia friendship and China-Sabah cooperation," he said.

Later, after the event, reporters waited to get Shafie's input on the Prime Minister, Tun Dr Mahathir Mohamed's announcement that Parti Pribumi Bersatu Malaysia (PPBM) would be coming to Sabah after all but were turned down.

The announcement finally laid to rest months of speculations that PPBM will spread its wings to the state.

Former Sabah UMNO leader, Datuk Hajiji Haji Noor Feb 6 stated that PPBM would come to Sabah soon, but did not mention when.

The decision by the Federal based party has received mixed reactions from the people of Sabah.

Datuk Seri Lajim Haji Ukin was among those who welcomed the party's entry into Sabah.