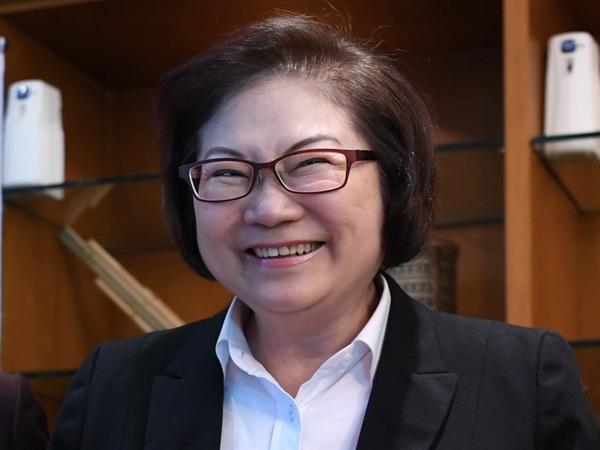 
The State Government is still carrying out an indepth study on the Tanjung Aru Eco-Development project and any decision made will not be a U-turn but a review, said Deputy Chief Minister Datuk Christina Liew (pic), who is also State Tourism, Culture and Environment Minister. "So we have to wait. Meantime it remains a beautiful site for tourists to visit," she said.

"I don't consider it a U turn because at that time it was with the plan (available) then. I heard the Government is going to study it whether it can be implemented with some amendments.

"We don't know yet (the details). I would say it's a re-study of the whole project, what will be the best deal for the people, government and community in the area. She said this when asked by reporters after holding an inspection on the structural layout for the International Arrival Hall (Immigration) KK International Airport together with Chinese Consul General (CG)in Kota Kinabalu LiangCaide, Friday.

Some are of the view that despite the protests by activists, the project is beneficial for raising Sabah's tourism potential except that it would have to be scaled down and more environmental safeguards and other measures introduced, and without the public losing access to the beach and the Prince Philip Park.

Meanwhile, Liew said incidents of Chinese tourists being detained by State Immigration due to their passports not being stamped is a longstanding issue in the State. "We have a large number of tourists especially from China, where they come to the State without the need to clear their immigration. They do not have the passport stamp and upon arrival (some) go from the international arrival hall to the domestic hall without having the passports stamped and when its time for them to leave they will be detained.

"This has happened a few times. So today we are here with the airport management immigration and police and CG of China to tour the airport to see for ourselves the airport transfer area, look at the entry of international tourists and how they transfer upon arrival to other destinations in the State such as to Tawau or Sandakan and even onwards to Kuala Lumpur.

"This is to avoid further incidents where they end up not getting their passports stamped.

"This is because in February a large number of Chinese tourist will be visiting. Based on last year's record we received 80,000 Chinese tourists and this year we are expecting more than 100,000.

"So we want to resolve this issue once and for all so that there are no more unwanted incidents where tourists are detained due to passport issues."

Recently four of them, including a pregnant woman ended up being detained at the Rumah Merah in Manggatal, which also houses Filipino and Indonesian illegal immigrants.

However, Daily Express understands that this is not the first time the Immigration Department had been caught napping and that several similar incidents also involving China tourists happened last year.

Last month, angry travellers also whatsapped Liew when their aircraft from Kuala Lumpur landed in Tawau and were forced to wait a long time for clearance as the there were insufficient Immigration staff on duty.

Liew said Liang, the airport management and Immigration discussed the matter and was glad that the authorities would be repositioning the entry points of international visitors and their exit. This is to ensure international visitor passports are stamped first before they can proceed to other places in the state.

"We will also be putting up more signage and banners in Chinese."

Meanwhile, Chinese Counsul Liang said there were eight cases from November to December involving 20 Chinese tourists which involved transfers from their international flights to domestic flights.

He said so far 16 Chinese tourists were detained for 1-2 weeks because of missing immigration stamping on their passports. The other four tourists weren't detained but were released after investigation and issued special passes before departing Sabah.

He said the key reason is the allocation of immigration desks along the transit passage.

"The passengers need to go to the immigration desks on the right side and then take a circle to get to the left side to take their domestic flight.

"However there are some passengers who went straight to the left side as although there are no entry signs, the door is still open. They were also allegedly told by airport staff they can go left to take their domestic flights.

"Such issues seldom happen in other international airports but it happens in KKIA. So it is my hope that with all the solutions provided by the airport authorities today we can prevent this from recurring."

Liew said she is confident that after the tour today they would be able to reach a solution to resolve the issue.