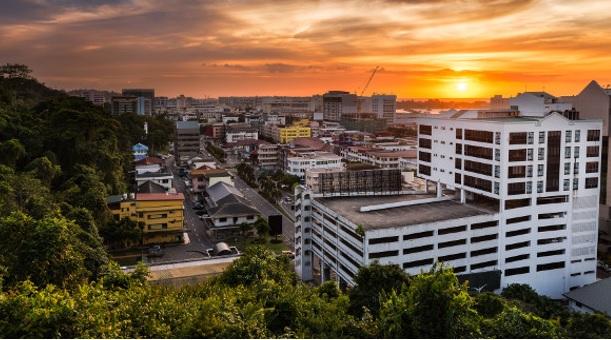 The State Legislative Assembly has passed a bill to amend the Land Ordinance, refining the definition of "land" and bringing Sabah closer to getting back its state rights under the Malaysia Agreement 1963 (MA63).

The amendment would also allow the state to collect sales tax on natural resources extracted from its waters.

Assistant minister in the Chief Minister's Department, Arifin Asgali, made the proposal to amend to the Land Ordinance (Cap 68) by refining the definition of land to include the bed of any river, stream, lake or water course, and the area of Sabah's continental shelf.

This extends to the seabed and its subsoil which lies beneath the high seas contiguous to the territorial waters of Sabah, as stated in the North Borneo (Alteration of Boundaries) Order in Council 1954.

"I fully support this enactment as it carries a lot of implications.

"This would allow us to take action on matters involving Sabah's minerals, as well as Petronas and licences (to operate in Sabah), which were not clear to us before.

"This is by far the best change carried out by the current government; congratulations," said the Sabah STAR president in the state legislative assembly sitting on Thursday (Nov 15).

Balung assemblyman Datuk Osman Jamal from PKR also welcomed the proposal, saying that it reinforced Sabah's absolute power under MA63, in accordance with the election promise made by the ruling coalition in GE14.

Osman added that the enactment would also pave the way for Sabah to collect sales tax for the extraction of resources within its territorial waters.

"The Agriculture and Food Industries Ministry has to pay attention to this enactment and study whether the state has been collecting tax for natural resources extracted from its waters all this while.

"Now that the definition of land has been refined to include areas of Sabah's continental shelf, there is no law that can prevent us from collecting tax for resources taken from our waters," he explained.