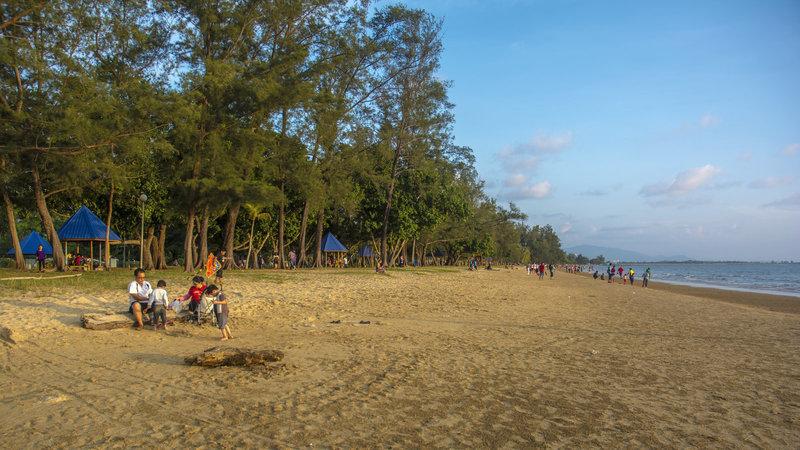 As far as he is concerned, Junz said there would be "no more TAEDâ€.

The 345-hectare TAED project has currently been put on hold by City Hall pending a directive from the new State Government.

Junz said the Tanjung Aru Beach and Prince Philip Park would be retained and upgraded and will remain as an open space for the good of the public.

He said the State Cabinet would discuss about TAED as soon as possible, adding that the project would be put on hold until further announcement.

As the Tanjung Aru assemblyman, Junz said his stand on TAED is firm and clear since his time in the opposition and has remained firm till now.

"That is to ensure that the TAED will not go on and to make 101 percent sure that the natural beauty of Tanjung Aru Beach is retained.â€

He said both the beach and the park had been left neglected for a year which resulted in clogged drains and uncut grass.

"The situation has improved significantly after cleaning up work by City Hall" he said.

He said City Hall would continue to monitor the cleanliness at the beach and park for tourists and locals to enjoy the natural beauty of Tanjung Aru Beach.

"I am pleased to see that many tourists and locals relaxing at the beach" he said, adding that City Hall would put in place a parking system to ensure orderliness.