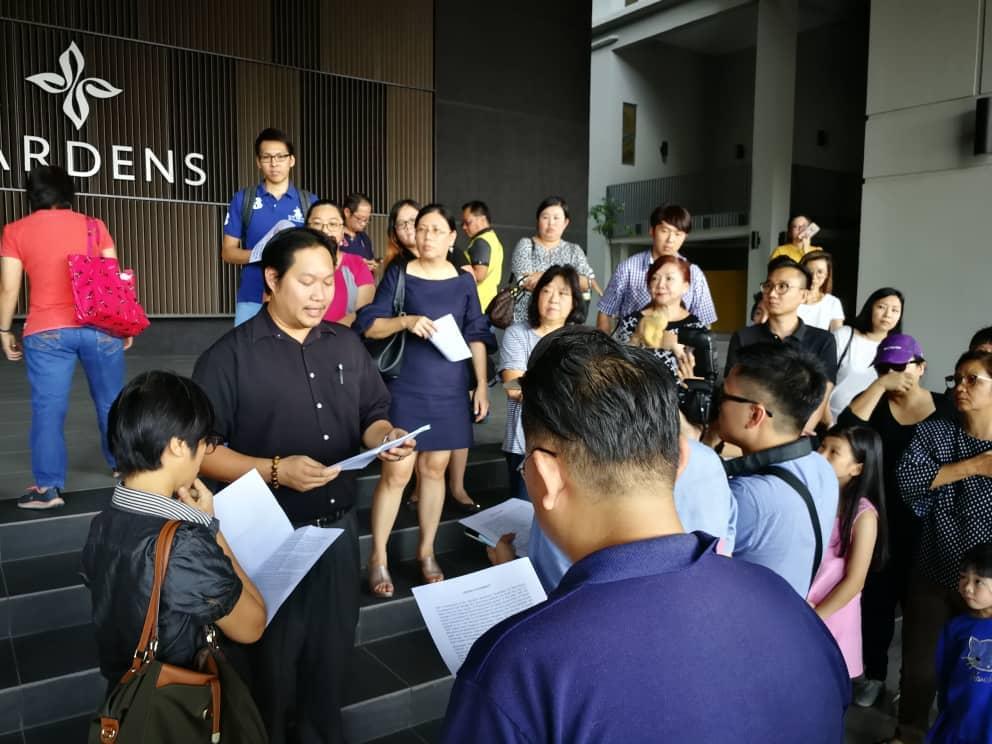 Possible OC for the Gardens Bundusan After 18 Months Delay


After a long wait of 18 months, buyers of the Gardens Bundusan have been told that the Occupational Certificate for the property is estimated to be resolved within 3 months.

SC Land's Marvelgold developed the Gardens Bundusan, with construction taking place mid-2013. The development was completed in November 2016 with 500 units sold out quickly to hungry buyers. They were promised to get their keys by April 2017 but buyers were left in conundrum due to the dilemma of getting an access road to the property. It is believed that the Penampang District Council (PDC) will invoke the Land Acquisition Regulations and expropriate road reservations in adjacent residential areas as access roads, to access road issue.

"I know they've waited for so long, but give the authorities 3 more months to go through some procedures and it'll all be done in a matter of no time," she said, adding that she has the people's interests at heart.

She also hopes that the Taman Formosa developer could understand and co-operate with the authority, to achieve a win-win situation.

Local Government and Housing Ministry's deputy permanent secretary, Wong Foo Tin said that they would be enforcing Chapter 69 Section 3 of the Land Acquisition Ordinance so that the access road that was allegedly closed by another developer can be readily used by members of the public.

"The (land) title belongs to the developer, but by right they have to surrender the road reserve and we hope that the developer will comply" he said during a press conference held at Wisma Innoprise shortly after concluding a meeting on the issue on Thursday, 21 June.

Jannie Lasimbang, together with Jennifer Lasimbang and Darrell Leiking will be carrying out the promises they made during the election and will continue to serve the people in Penampang by finding solutions to solve their problems.

"We will try to make some arrangements for our officer to visit the site, get to know the buyers and listen to their cries" said Jennifer, encouraging the public to reach out more to the council with their concerns and said they will be looking to provide a platform for buyers in cases such as this.