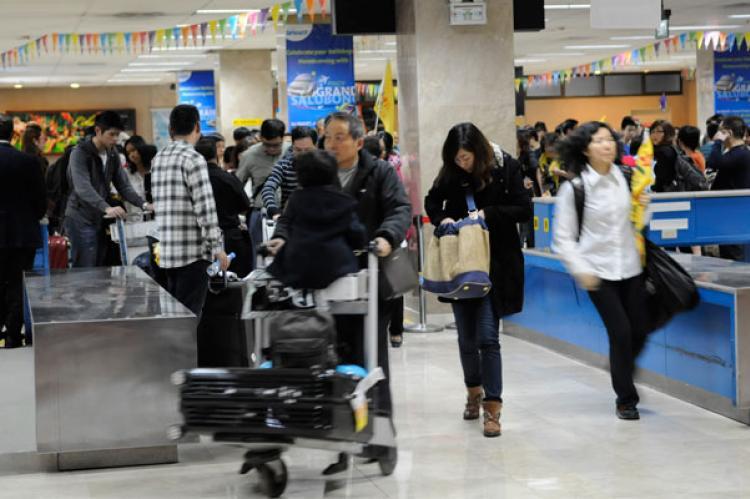 The established close contacts and exchanges between Sabah and many provinces in China resulted in 430,000 Chinese tourists visiting Sabah, last year, which helped the Sabah economy.

He said China Consulate Consul-General here, Liang Cai De, did mention that China's implementation of the "One Belt, One Road" could be fully linked with the plan of the Sabah Development Corridor (SDC).

"During the Chinese New Year Dinner Reception at the Consulate General of The People's Republic of China in Kota Kinabalu, we noted the message expressed by Chief Minister Tan Sri Musa Aman that the Sabah Government has always been enlightened towards the opinion of the Consulate General, of which is to enhance and strengthen the relationship between Sabah and China.

"This will extend further cooperation that will make a broad prospect for the betterment of the people in China and Sabah," Liew said in his message Tuesday in conjunction with the Chinese New Year 2018 celebration.

At the very beginning of North Borneo, he said, people were much depending on farming and fishing for their living and it was not until the 1980s that the timber industry was widely developed and replaced as the entire economic lifeline of Sabah.

"At that time, the timber industry was indeed the main source to help push forward other industries.

In 1990s, apart from the financial and real estate industries, most of the people were interested in oil palm.

"Today the era of information and technology, the tourism is well performed and the leading industry in Sabah," he said.

Liew said rapid growth of the tourism industry is also driven to benefit the hospitality industry, the catering industry, the entertainment industry and the public transport industry, among others.

In the course of evolution, he said this has been proven that 'today's advantage will be replaced by tomorrow's trend'.

"Look back those happenings in 2017 the year of Rooster, which is the year of Ding You in Chinese calendar that might not be at one's expectation and wishes.

"For instance, the election of President in USA, the North Korea intended for the trial of nuclear bomb, the Brexit of United Kingdom and the China government implementing its policy of Belt and Road, among others.

"All these happenings would definitely have impact, whether it is direct or indirect, on the countries in Southeast Asia," he said.