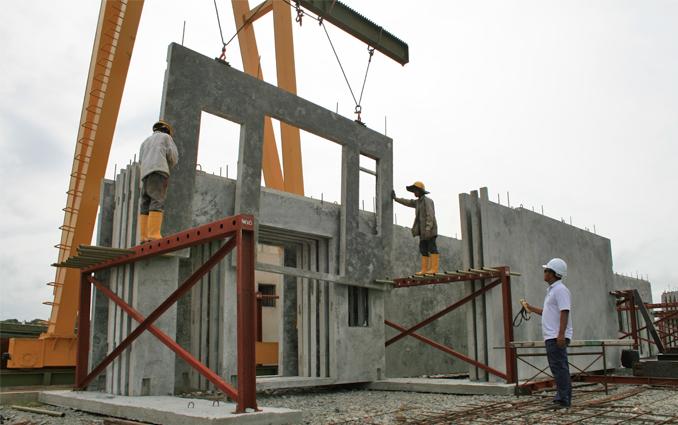 
KUALA LUMPUR: The government, through the Malaysian Investment Development Authority (MIDA), is on track to achieve an additional investment of RM2 billion for approved projects that adopt the industrialised building system (IBS) by 2020.

"The implementation part is important. We have approved so much, yet, we have to ensure that those projects can be realised," he told a press conference after launching the "IBS and Building Materials Supply Chain 2017/2018 Directory", here Wednesday.

Mustapa said IBS was important as it could further improve the productivity of the local construction sector to enable it to be more efficient, shorten its completion and reduce dependency on foreign workers.

The minister said most of the current 260 local IBS companies were small and medium enterprises (SMEs) producing basic components.

He said MIDA has approved four IBS-related projects with tax incentives to further support the adoption of materials for the construction industry.

He cited two large-scale ongoing projects worth referred to on efforts in achieving the economies of scale, productivity and efficiency upon using IBS.

Mustapa said IBS adoption would be more efficient and cost-effective in large-scale projects like Gamuda and Forest City.

The directory, co-developed by MIDA and the Construction Industry Development Board, which contains contact details of over 4,000 companies and relevant stakeholders, acts as a comprehensive point of reference for the construction industry, particularly in the area of IBS and building materials.