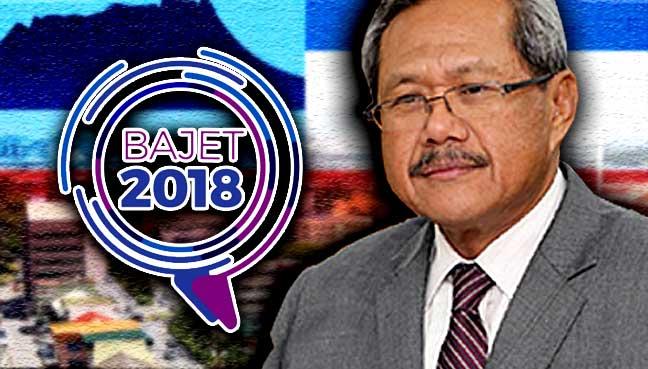 KOTA KINABALU: Sabah is asking the federal government to give it more funds next year than it has done previously to help the state improve its road and sea connectivity.

He spoke of the trade volume target of RM121 billion set by the Malaysian and Indonesian governments in 2015.

"This target could be achieved in 10 years' time if we had better connectivity to Indonesia" he said. "For this to happen, Sabah needs to increase its port capability in Tawau to cater to bigger merchant ships.

"As for road connectivity, it is good to have a proper road between Serudong (in Tawau) and Sei Menggaris in Nunukan, Indonesia.â€

He said the 41km road, which could cost RM700 million to build, would not only spur the economy but also help authorities check the influx of illegal immigrants from Indonesia.

He said his department would brief the relevant ministry on the issue with the hope that the funding would be provided for in next year's national budget, the proposal for which will be tabled on Oct 27.

"Serudong will be our new border town" Osman said. "Indonesia is ready, but not Malaysia. We still have to study the security aspect of this project. Basically, we have agreed to a plan, but we still need the stamp of approval from the relevant ministry.â€

Osman foresees great benefits for Sabah with the proposed development. For instance, he said, the presence of several palm oil mills in Lahad Datu would tempt Indonesian plantation owners to send their products there because of the lower cost of transportation.

The industrial activities, he added, could generate a range of oil palm-based downstream industries.

On the Tawau port, Osman said upgrading work would cost about RM520 million, an expense that he believes can be justified if the federal government is keen on achieving the RM121 billion trade volume with Indonesia.

On top of that, he added, the upgrade to the port could help increase the volume of exports through the Sepanggar Bay port in Kota Kinabalu.

"I propose that Tawau be made a BIMP-EAGA gateway" he said. "Goods that come into Tawau port from other BIMP-EAGA regions could then be exported to China through Sepanggar.

"This means all ships that stop in Kota Kinabalu will have loads to bring back. This will reduce transportation costs and make our prices competitive.â€