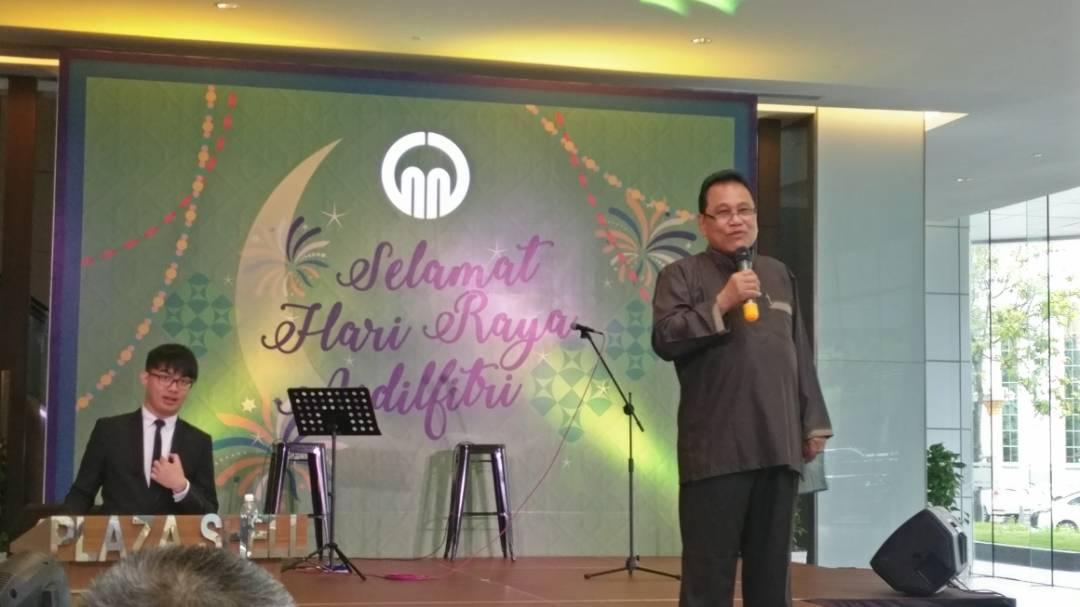 Plaza Shell Raya Celebration With a Good Cause

Orphans and under-privileged children from the 'Rumah Anak Yatim and Asnah AS Sakinah' in Kinarut were invited to join the celebration and were presented with 'Raya' Green packets and RM2,000 worth of cash vouchers from the Hap Seng Group. The donations were presented by Datuk Amat Asrie Abd. Kadir of Hap Seng Plantations Holdings Bhd and Ms Joanne Wendy Chung, Deputy Regional Director of Hap Seng Consolidated Bhd.

Other invitees included new and potential owners of the Kingfisher Inanam and Putatan condominiums, Government Officials, employees of Hap Seng and members of the media.

The event featured a myriad of entertainment including well-known YouTuber Mr Adam Shamil as the emcee and host of the event. Also acoustic 'Raya' tunes were played by a 3-piece band, Joe Balanjiu Jr. and Friends, songs by an upcoming artist Ms Angelyca Lee and traditional cultural performances of Zapin and Joget by the D'Place Cultural Troupe. Other highlights included a fashion showcase of locally designed Batik creations by Botanic Batik and jewellery by Bejewelled. The beautiful collections were modelled by the employees of Hap Seng.

The event was organized in conjunction with the 'Raya' celebration, to promote the new Kingfisher Inanam and Putatan properties as well as to create an awareness on the variety of outlets and eateries available in Plaza Shell.

During his welcome speech, Datuk Amat Asrie thanked everyone for their time and salute Hap Seng for celebrating all the big festive seasons celebrated in Malaysia.

"It's like 1 Malaysia over here. We, at Hap Seng, try to celebrate all the festivals from Chinese New Year, to Kaamatan, Raya, Deepavali, to name a few. We want to create a sense of community and by doing so, we hope to build a family like union with our visitors and friends".