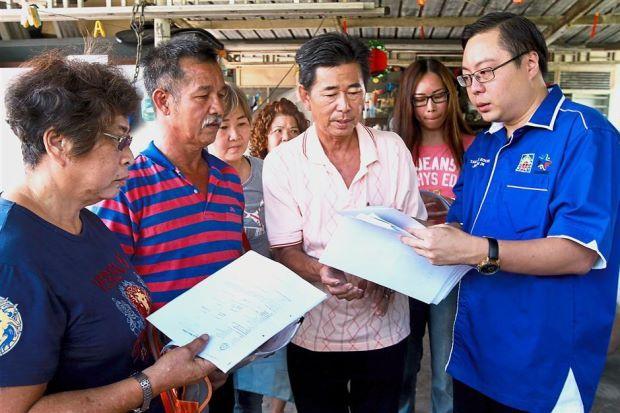 
Five families living in Klang fear to become homeless if the government will not make good on its promise to replace their soon-to-be-demolished homes.

According to See Eng Huat, Lim Bee Lee, Chong Foong Yew, Lim Sun Huat and Lee Ah Moi, whose age range between 48 to 67, they were offered homes worth RM99,000 by Selangor state government and Klang Municipal Council (MPK) in 2009.

These new flats will replace their houses at Jalan Papan, Pandamaran because their current homes are set to be torn down over the next three to four months to make way for the construction of a new building.

Originally, Chong revealed that the government offered a low-cost flat and RM7,000 in cash for each household, but they refused it as they wanted a landed home instead. On the other hand, the flats of families who accepted the initial offer were already demolished.

Given that the five families have nowhere else to go if their current houses are razed and the authorities do not provide replacements, the group sought the help of Datuk Tan Bok Koon, Deputy Chief of Klang MCA Public Services and Complaints Bureau.

According to Tan, it's not fair to tear down their houses without providing compensation or a replacement flat. "Where will they go when their houses are demolished?â€

"MPK must look into this as soon as possible" he said, warning that he will elevate this issue to the Malaysian Anti-Corruption Commission if it's not resolved.