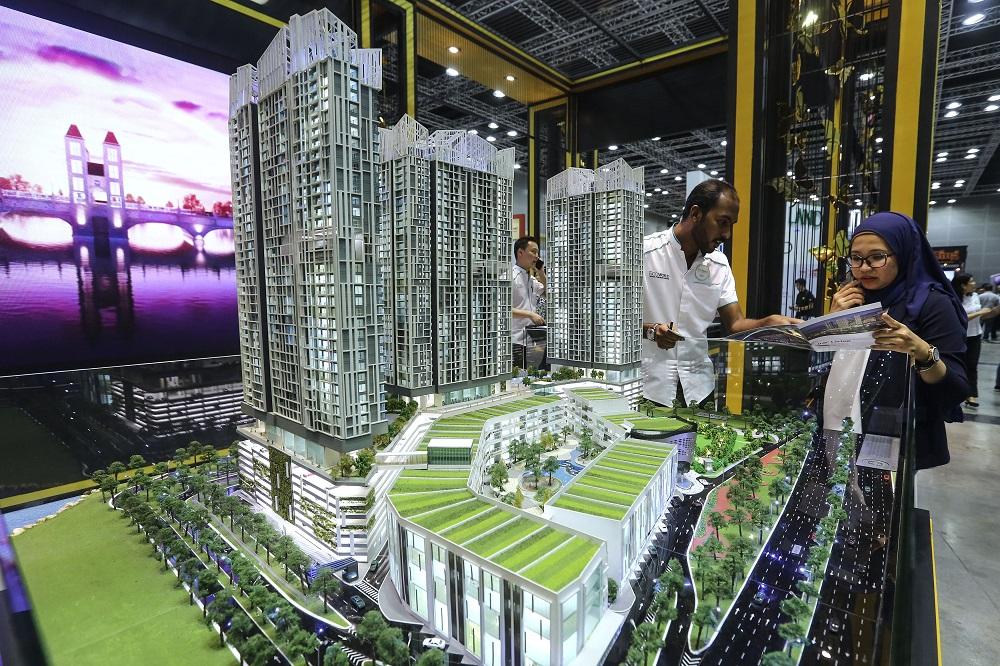 Prime Minister Tun Dr Mahathir Mohamad today said that it is pointless for a country to become advanced if its citizens still live in impoverished houses because they are unable to meet the minimum requirements for home ownership.

He said this is the challenge the government faces today, in having to prepare as many affordable homes as possible for the rakyat living in cities nationwide.

"In line with the National Housing Policy, the government remains committed to ensuring the homes prepared meet sufficient demand, is of quality, and is affordable," Dr Mahathir said during the launch of the Home Ownership Campaign (HOC) in KLCC.

He recalled the last time a similar campaign took place, which was in 1998.

"Its objective at the time was to boost home ownership, by providing various incentives to overcome the property market's slowness, following the economic downturn in that year.

"Based on the National Property Information Centre's data, as of the third quarter of 2018 some 40,916 houses valued at RM27.38 billion have yet to be sold," said Dr Mahathir.

He said the government hopes that the expo will see an increase in the sale of these homes to suitably matched owners, and serving to boost the sale and purchase of residential properties which can stimulate the national economy.

"Based on what the developers have informed me while I toured their booths, most of the expo's visitors who have expressed their interest by signing forms or applications are between the ages of 30 to 45 years of age.

"Generally we hope the homes priced at RM300,000 and below will sell the most, as those are considered affordable housing and an opportunity for the B40 category," she said.

Of the 40,916 homes earlier mentioned by Dr Mahathir, Zuraida said the expo features some 20,000 units up for sale.

"These homes are collectively valued at RM12.5 billion. 51 development companies have participated in the expo, along with five banks as well as several government agencies including the 1Malaysia People's Housing Programme (PR1MA) and the National Housing Company (SPNB)," she said.

Zuraida added that if the public's response is deemed sufficiently enthusiastic, the campaign's duration might be extended later on.

Running from today until Sunday, the HOC is a collaboration between the ministry and the Real Estate and Housing Developers' Association.

With homes for sale ranging from those below RM300,000 to almost RM1 million, the HOC laps feature housing advise from government agencies and banks, seminars on homeowners' rights, among others.

It also includes other feature such as up to 10 per cent rebates by developers for the homes on sale, stamp duty exemption for buyers, and easier housing loan applications at interesting rates.

Although the expo only runs for three days, the prices of the homes featured will last up to six months on offer.