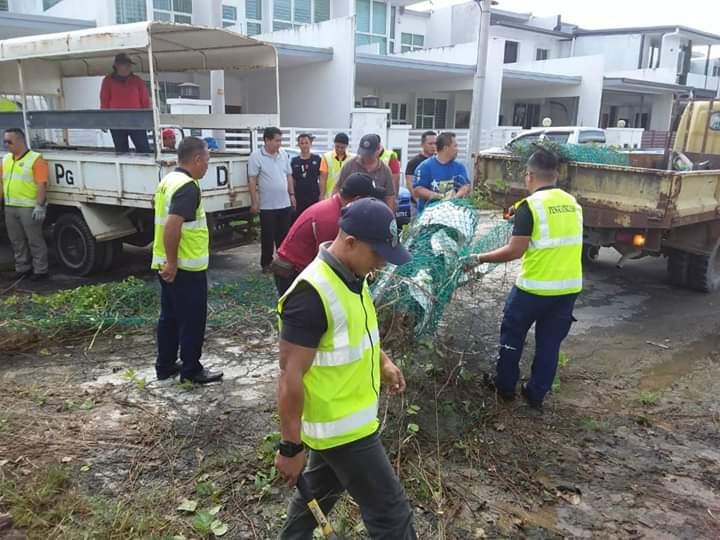 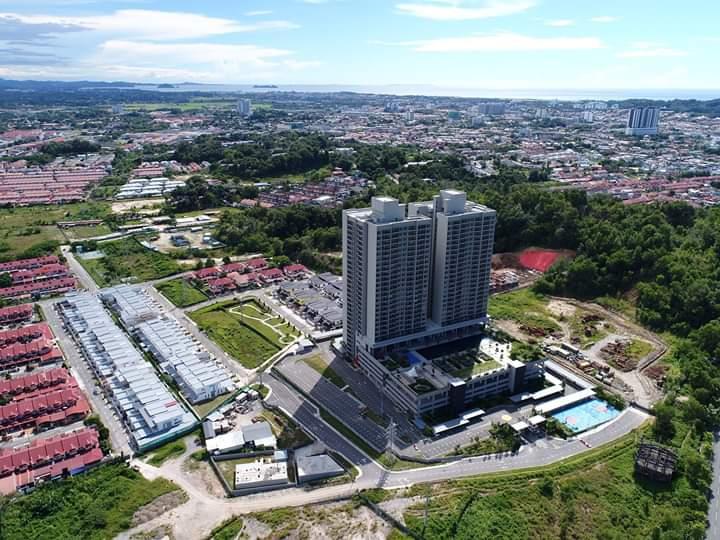 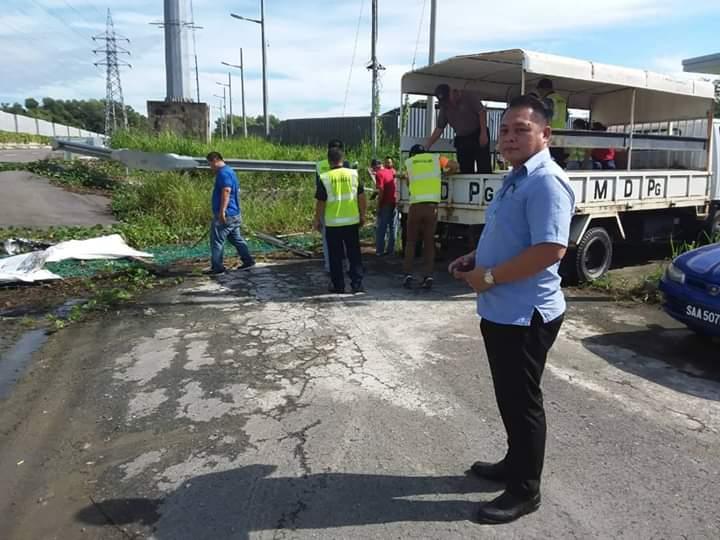 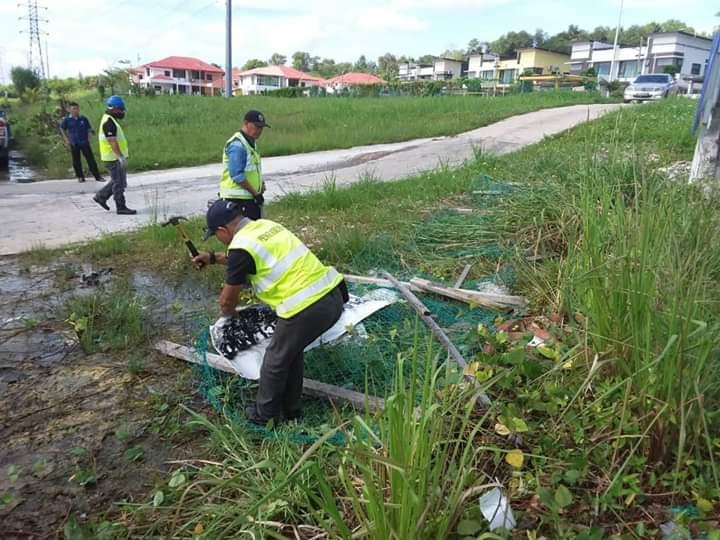 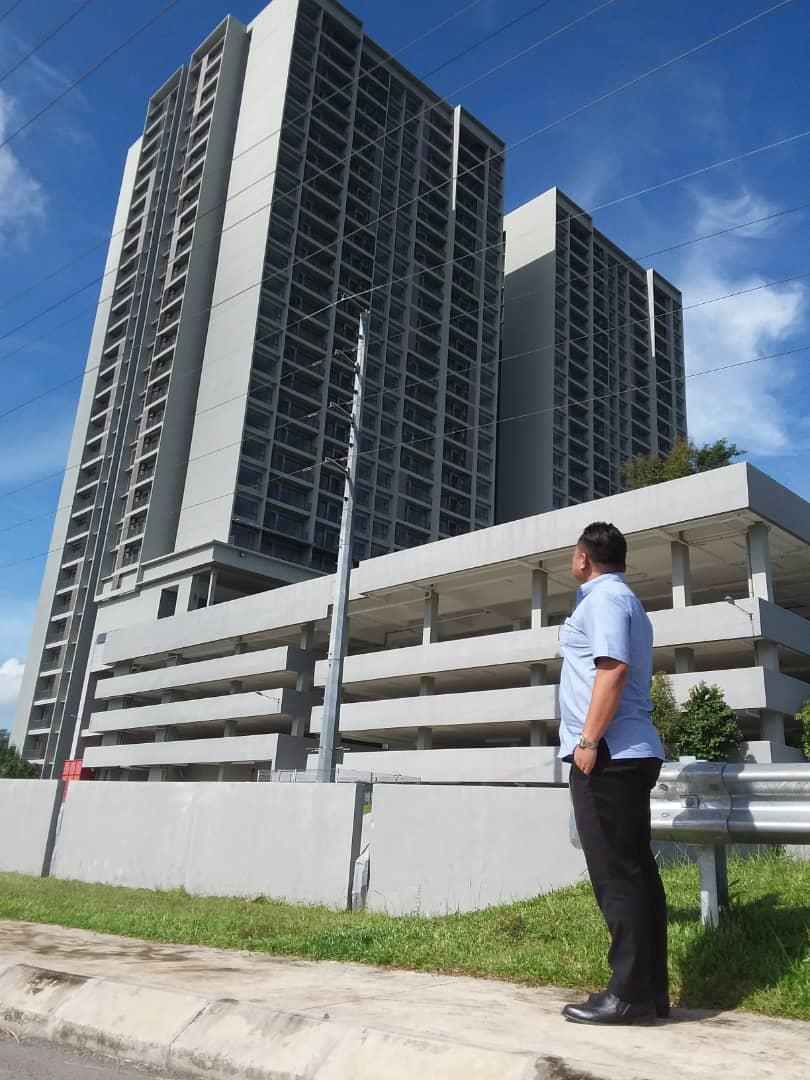 
After a long wait that lasted almost 2 years, buyers of The Gardens Bundusan breathes a sigh of relief as barricades on road access is removed and Penampang District Council (PDC) is instructed to issue Occupancy Certificate (OC).

The Gardens at Bundusan completed its construction at the end of 2016 and buyers were expecting to move into their units on April 2017. However, although in compliance with PDC's building codes, the buyers were denied OC by PDC due to a dispute between Unsur Pancar Sdn Bhd and developer of The Gardens, Marvelgold Development Sdn Bhd regarding erection of fences by Unsur Pancar Sdn Bhd along a road entry into the development causing access interruptions.

Despite numerous attempts by the developers to resolve the matter, the buyers were at the losing end of the month-long mitigation. Servicing bank loans and adjusting their lifestyles to accommodate the legal wrangling of the developers, these buyers were left to their own devices and could only reach out to then opposition MP of Penampang, YB Datuk Darell Leiking for assistance.

Mr Pritchard Gumbaris who was the Warisan DUN Kapayan Chief at that time, was given the responsibility to assist the beleaguered group of buyers. Spending numerous hours meeting and speaking to buyers and pressuring the relevant authorities to help the real victims of whole saga.

"We have gone to the press on several occasions in the past to make our grievances and sufferings known, but the former government and local authorities had ignored us altogether," said Eppe Charles Constantine, one of the 500 dissatisfied buyers of the Gardens at Bundusan.

"YB Datuk Darell and Mr Pritchard took to arranging press conferences, conducting FB live sessions and calling in news portal reporters to highlight our plight. The previous District Officer of Penampang and previous councillors were questioned repeatedly and requested to clarify matters in this whole fiasco but to no avail," he stated.

Commenting on the enormous challenges faced during this ordeal, Eppe Charles continued, "YB Datuk Darell and Mr Pritchard were told to cease intervention and threatened with lawsuits should they pursue the case. I too, was threatened with lawsuits, should I continue to speak up against the local authorities, representing the Gardens buyers. Nevertheless, the court case continued and we refrained from commenting further on it to ensure a smooth court process."

Good news finally came on 22 January 2019, as Judge Martin Idang awarded a win to Marvelgold and instructed the fences to be taken down and PDC to issue OC to the Gardens immediately. However, PDC decided to issue the OC only if Marvelgold agreed to conditional OC, which could threaten to prolong the misery of the buyers.

"The Gardens buyers wish to express our deepest gratitude to YB Datuk Darell and Mr Pritchard Gumbaris for their unyielding effort, together with the continuous support and unity of the buyers. The most important thing is that we can now safely say that we have a home to go to, and for that, we at The Gardens will forever be grateful to YB Datuk Darell and his team."