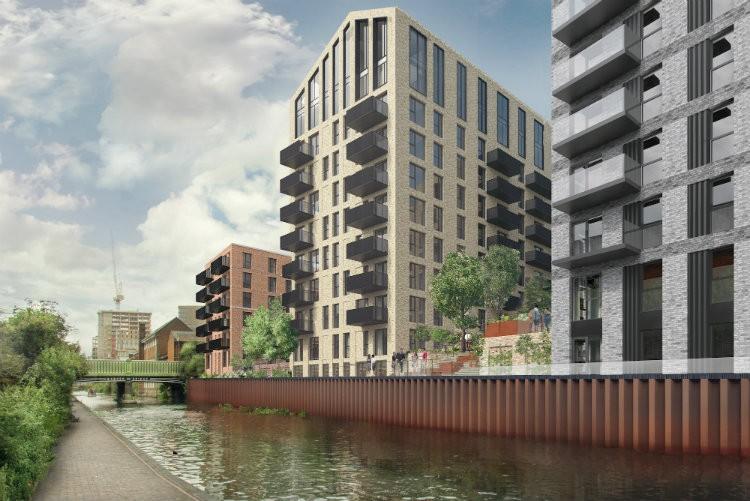 
FTSE 100, Berkeley Group, brought forward the second phase of its luxury 404-apartment scheme in Birmingham to the Kuala Lumpur market after high demand saw 98% of first round units sold to domestic and international buyers. The new apartments, priced from £200,000, will be officially launched at The Westin, 199, Jalan Bukit Bintang, 55100 Kuala Lumpur, on 19th and 20th January.

Savills reports that average residential prices per sq ft in Birmingham currently sit between £300 to £450 - well below those recorded in the Capital, where prices frequently move above £1000, making the city an attractive proposition for both owner-occupiers and those looking to invest.

The strong sales performance from Berkeley Group follows new data from Knight Frank in its Birmingham Report forecasting that residential property prices in the city and wider West Midlands will rise by 10.8% over the next five years. Average residential prices in Birmingham have already climbed 45% over the last decade. Delivering a much-needed supply of residential properties at the renowned Berkeley Group standard, Snow Hill Wharf will include a mix of one, two and three-bedroom apartments - offering picturesque views of the city and its growing skyline.

The latest apartments will be located in Snow Hill Wharf's The Fazeley and The Colmore buildings - paying heritage to the development's close proximity to the Birmingham and Fazeley Canal, as well as the iconic Colmore business district. Tim Ridges, Head of Sales and Marketing at St Joseph, said: "Birmingham's property market is on the rise. A growing appetite for high-quality homes in the UK's second city has meant that the sales of Snow Hill Wharf have been exceedingly strong, with the waterside scheme attracting the attention of global buyers.

"Berkeley Group is committed to Birmingham's continued growth and by playing a role in reshaping its residential offering, we aim to attract more people to this great city. It is a centre for high rental yields and capital growth, yet much more affordable than London, with residents on average 11% financially better off each month than those in the capital and South-East."

Outside of living quarters, the 288,000 sq ft development also features three canal side landscaped podium gardens. Residents of the scheme will be able to access a host of amenities, including a gymnasium with a sauna and steam room, a luxury lounge and cinema room, and exclusive access to a 24/7 concierge service.

Dominic Heaton Watson, Associate Director International Project Marketing, Knight Frank Malaysia, said: "We are delighted to introduce The Colmore and The Fazeley to the Kuala Lumpur investor community, having seen such appetite for the initial release. Malaysian investors have a strong affinity with the UK education system and Birmingham offers world-class universities within easy reach of Snow Hill Wharf.

"Birmingham is now firmly on the map for global investors. It has become the regional city of choice for savvy buyers looking for long term growth prospects. The city continues to offer investors strong capital appreciation and rental yield prospects. According to Knight Frank's latest forecast, residential property values in Birmingham are predicted to rise by 5% year-on-year until 2020." St Joseph is building on this market momentum and has already announced the purchase of its second site in Birmingham - a £200 million mixed-use development called Eastside Locks.