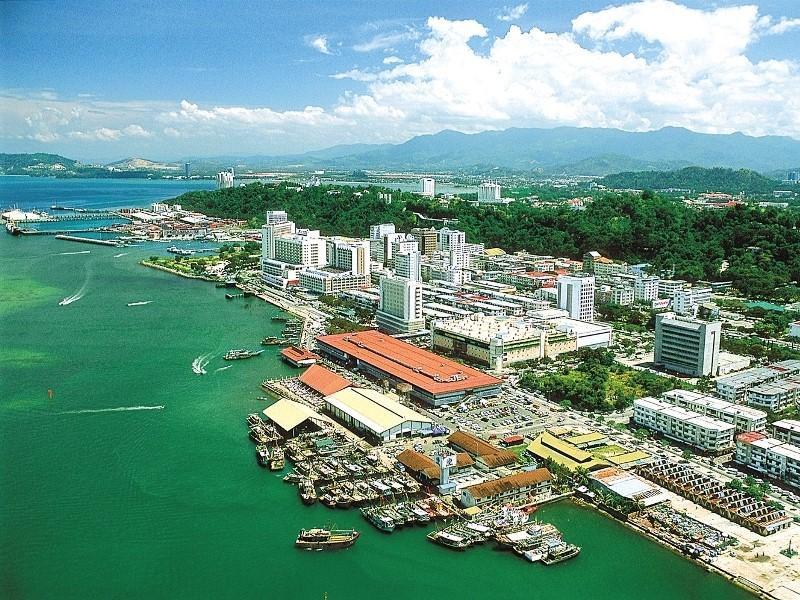 Mega developments are on the cards in the old Kota Kinabalu Port area that will further propel the cruise and tourism industry in Sabah.

With its strategic geographical location fronting the South China Sea against a backdrop of the majestic Mount Kinabalu, the entire Kota Kinabalu Port land is in the process of being re-developed into multi-billion commercial projects.

"These developments are collectively known as the Jesselton Waterfront City (JWC). They will complement each other and transform the entire old KK Port area into an integrated world-class waterfront destination, and this colossal change will place KK on the regional and international map," she said.

On the conceptualisation of JWC, Ng, who led a five-member delegation, said Sabahans will see the ultimate crystallisation of an affluent and elite waterfront community whereby patrons will be able to enjoy benefits and services unseen and unheard of in Sabah, adding JWC will exude a powerful appeal to both investors and visitors alike. All mega developments will be undertaken by Suria Capital Holdings Berhad whose major shareholder is the State Government of Sabah.

It is a listed company in Malaysia since 1996, involved in the transportation and logistics industry. Its principal businesses are port operations and property development. Liew, who is also Api-Api assemblywoman, is glad to note that JWC is a spectacular development and set to become the city's latest tourism frontier.

"It is exciting to learn that JWC is designed to create a modern and friendly atmosphere focal point for people to work, play, shop, dine and indulge in the 3Rs, that is, a fun combination of sun, sea and sand.

"I am given to understand that JWC is poised to become the extension of Kota Kinabalu's Central Business District (CBD) — a new city focus that is attractive, accessible, vibrant and financially viable," she said.

The minister is particularly interested in the eventual realisation of the proposed International Cruise Terminal (ICT) within the Jesselton Waterfront City (JWC).

She said this is because the ICT is well-positioned to capitalise on the potential of elevating the KK waterfront area to the status of a major transportation and tourist hub "in view of the various mega developments taking place in the vicinity." From her observation, the ICT integrated with commercial development can be a tourist destination by itself.

"So the focus should be on promotion of tourism via development of attractions for both local and international tourists in quest of leisure, recreational activities and cultural experiences.

Development of this magnitude will spur the state's economic development through creation of employment opportunities and increased spending," Liew said.