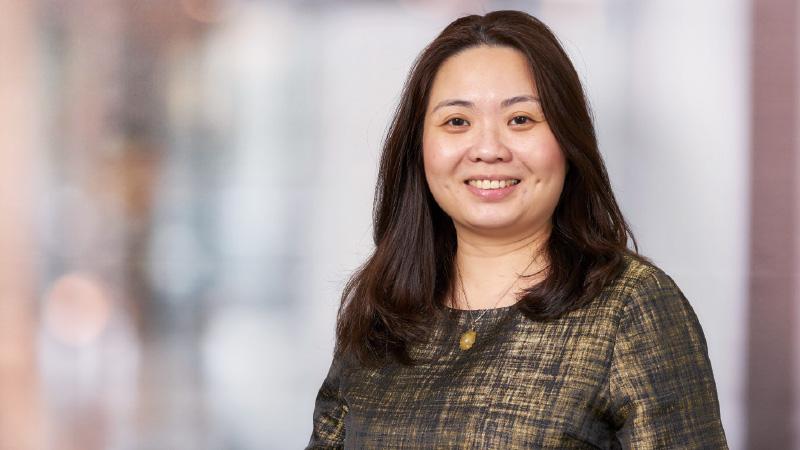 
The high-rise residential market sampled in Kuala Lumpur and Selangor remained soft overall in 3Q2018 and this is expected to persist early next year. Savills Malaysia does not expect an immediate upswing of activity and pricing, according to Amy Wong, director of research and consultancy at the property consultancy.

"The lack of secondary market transactions for high-rise residential properties during 9M2018 is believed to be due to lingering uncertain sentiments among investors and buyers as well as concern about the possible drastic changes in terms of government policies after the change in the political landscape," she says in presenting The Edge/Savills Klang Valley High-Rise Residential Monitor for 3Q2018.

Due to the lack or non-existence of recorded transactions during the review period in most sampled locations, estimates are based on various internal and external factors such as the current market sentiment as well as the properties and their surroundings, she notes.

"While the recently announced Budget 2019 has brought some good news for first-time homebuyers, the government has increased the stamp duty for transfer of properties valued above RM1 million and imposed Real Property Gains Tax (RPTG) on future property sales. This will further dampen market activity for the mid to high-end property segment, especially in the secondary market," says Wong.

In Kuala Lumpur, the secondary residential property market continued to be inactive. Prices of high-rise residential units in KLCC remained soft in 3Q2018 and this is anticipated to remain the same in the coming quarters in the absence of market catalysts. It is a similar situation for Bangsar and Mont'Kiara.

"Overall, the prospects for the high-rise residential market in KL remains soft, especially in the secondary and the high-end segments," says Wong. Prices are expected to maintain at their current levels due to the cautious market, large impending supply in the coming years, and lack of incentives to purchase in the secondary market, she adds.

Over in Selangor, the secondary market continued to be slow. Four transactions were recorded for sampled areas, but only three — two in Petaling Jaya and one in Shah Alam — were of the relevant unit size.

The average price psf of high-rise residential units in Petaling Jaya and Shah Alam dipped quarter on quarter. In Petaling Jaya, the price retracted 3%, from RM643 to RM624 psf. In Shah Alam, it declined from RM556 to RM540 psf, or a drop of 2.8% q-o-q.

"We anticipate prices of high-rise residential units in the secondary market to remain soft in general in the coming quarters due to the unfavourable economy and stiff competition from the primary market (new launches or promotion of completed but unsold units by developers)," says Wong.

No improvement in the near term

The secondary market in KLCC is expected to remain quiet in the coming quarters given that only a handful of transactions, of various unit sizes, were recorded during the first nine months of the year. The estimated price psf for all the sampled developments remained the same.

"The lack of growth in the pricing could be due to the new supply being injected into the market within the area as well as areas like Bukit Bintang, where product offerings fall under a similar price category," says Wong.

It was a mixed bag for asking prices of sampled developments, with a majority recording marginal increases and decreases. The asking price for KL Pavilion Residences, which rose 20% in the last quarter, declined 11% to RM1,975 psf — an act of self-correction.

"Although we do not envisage prices in the secondary market in KLCC to improve in the near term, there is still good potential for well-managed properties currently priced below RM1,000 psf to inflate as most of the new developments are priced well above RM1,000 psf," says Wong.

In Bangsar, there was no new completion in 3Q2018. There are only two developments in the pipeline, scheduled for completion at end-2018 and early-2019. These are low-density developments offering a total of only 51 units.

The estimated price psf of the samples was similar to what was recorded in 1Q2018. Unlike the previous quarter, during which most of the areas sampled registered upward increments, only marginal movement was seen in 3Q2018. Tivoli Villas, Suasana Bangsar Condominium and Nadi Bangsar recorded higher asking prices at 8.6%, 6.6% and 3.7% respectively.

According to Wong, due to limited supply, there is a potential upshift in price movement for well-managed condos in Bangsar.

In Mont'Kiara, Savills Malaysia expects the estimated price psf price of sampled 2-bedroom units to stay flat. Wong notes that the subsale market there may face some challenges with the abundance of new supply coming into the market.

"Some 5,700 units of impending new supply by 2020 is expected to put pressure on high-rise residential developments in Mont'Kiara. As such, we do not expect any significant price uptrend of existing units in the next few quarters," she says.

There was some growth in average asking prices for Mont'Kiara Sophia, i-Zen Kiara 1 and Mont'Kiara Bayu, while the opposite was true for Laman Suria. However, the difference in asking prices was less than 5%.

New projects in Mont'Kiara in 2018 include Trinity Pentamont and KaMi Mont'Kiara, with gross selling prices ranging from RM600 to RM1,000 psf. Both developments have recorded an average take-up rate of 50%.

In Subang Jaya, the price psf for sampled developments remained flat at between RM450 and RM650 psf, similar to the previous quarter. The majority of sampled developments saw a slight decrease of 0.6% to 5.7%, with the exception of Subang Parkhomes (1,000 to 1,200 sq ft), which recorded positive growth of 4%.

Savills Malaysia notes that new launches in Subang Jaya have been priced from RM850 to RM950 psf (gross) since late 2017. To date, most have recorded take-up rates of 50% and above. They include Lot 15 @ SJCC by Sime Darby Property and The Grand @ SS15, a SoHo development on the former Asia Cafe site by Mediaraya Sdn Bhd.

Savills Malaysia believes good rental returns can be expected from high-rise developments in Bandar Sunway due to the high demand from the student population.

In Petaling Jaya, only two transactions for sampled developments were recorded in 3Q2013. In general, average prices have fallen slightly from RM643 to RM624 psf, or a 3% drop q-o-q.

Sampled developments in PJ North recorded an increase of 1.3%, from RM586 to RM593 psf, while those in PJ Central dipped 9.6%, from RM758 toRM685 psf, attributed to the lower transaction price psf.

In PJ Central, Biji Living @ Seksyen 17 and PJ Midtown are scheduled for completion by the end of the year or early next year. A handful of new projects were launched late last year and earlier this year, including Tower 1 @ Ryan & Miho (OSK Property), Atwater (Paramount Property) and Megah Rise (PPB Group). Priced at RM800 to RM900 psf, these projects have take-up rates of between 50% and 85%.

In PJ South, Verando Residence and AERA Residences were launched with selling prices ranging from RM500 to RM600 psf and have since recorded take-up rates of 50% to 80%. 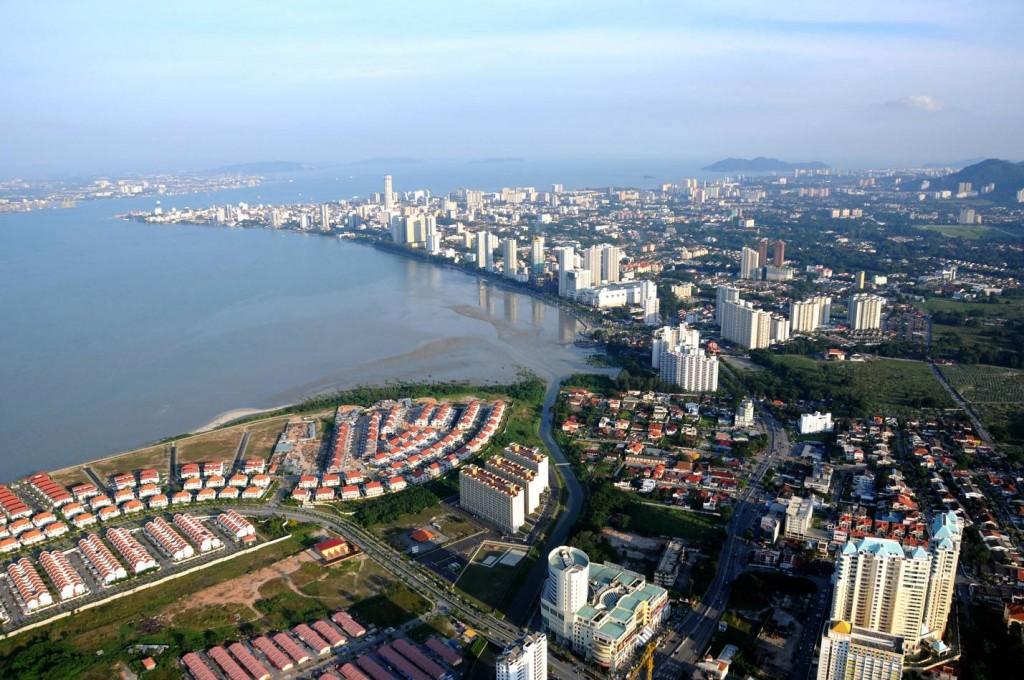 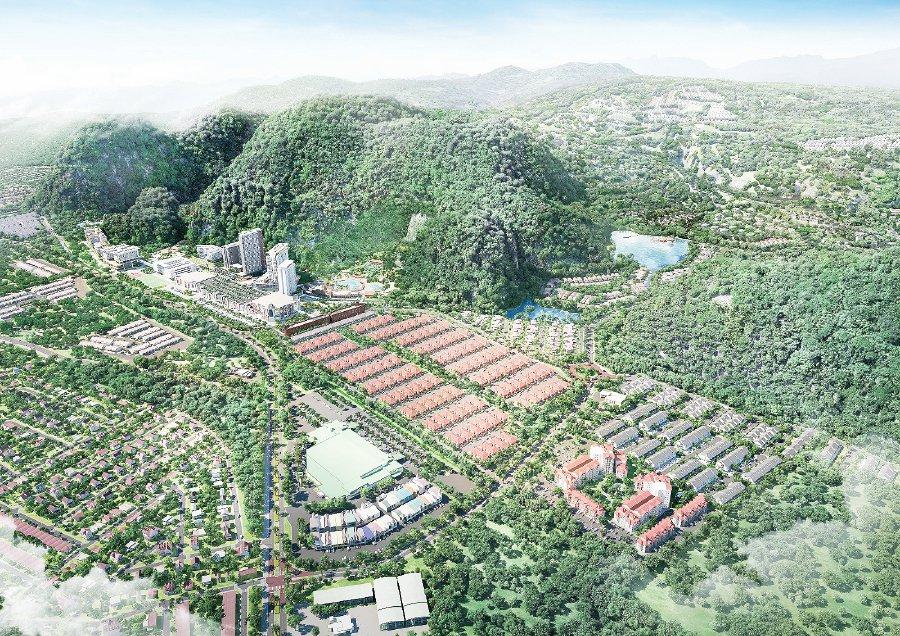