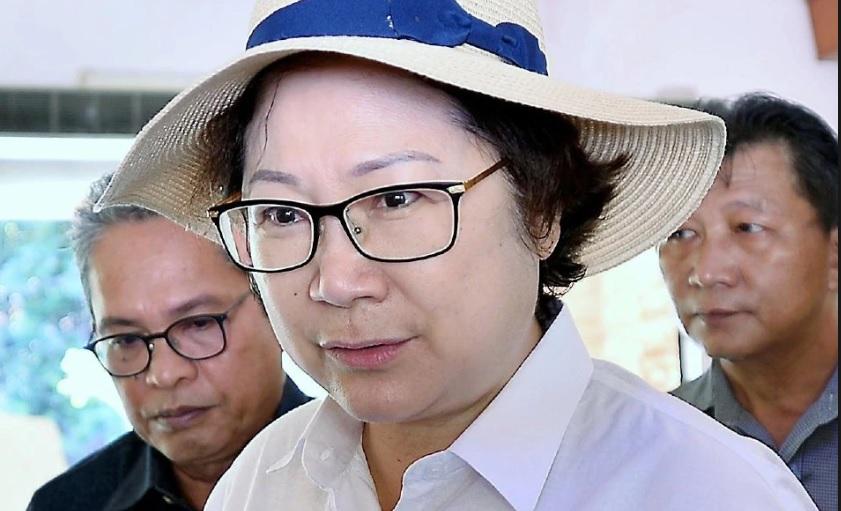 
The State Tourism, Culture and Environment Ministry is receptive to the proposal that qualified senior citizens be given the opportunity to contribute to the tourism industry.

Its Minister Datuk Christina Liew, who is also Deputy Chief Minister, said it is possible to tap their knowledge, skills and experience provided they are still able-bodied, healthy and interested to serve in whatever capacity.

"It is a good proposal worth considering. For instance, capable senior citizens can be 'guides' at tourism information booths to be placed at strategic locations. In fact, some senior citizens in Hong Kong and Singapore are known to take up light jobs at fast food centres," she said.

Liew was responding to the Chairman of the Kota Kinabalu Chinese Chamber of Commerce and Industry (KKCCCI), Datuk Michael Lui who led a 12-member delegation to pay a courtesy call on her, Tuesday.

Lui proposed that senior citizens who are still active and competent be allowed to serve in the tourism industry even as part-timers, rather than idling at home.

The meeting with KKCCCI also touched on public cleanliness, city beautification by Kota Kinabalu City Hall's (DBKK) Landscaping Department, and the need for more street lights to brighten the City and its surroundings.

According to Liew, old canopies of shops will have to be replaced for safety reasons in the wake of the collapse of some canopies at Kg Air two months ago.

Lui commended the Minister for taking swift action to replace broken slabs and pave certain areas such as Kg Air, Asia City and Sinsuran Shopping Complex for the convenience of city folks and pedestrians. On tourism growth, Liew informed the delegation that the first 10 months of this year saw a record of 3.152 million international and domestic tourist arrivals to Sabah, including 505,000 arrivals from China alone.

"By the end of December this year, we expect the total figure to hit 3.4 million. Tourism receipts for the same period amount to RM6.8 billion," she said.

She will be leading a delegation from her Ministry and the Sabah Tourism Board (STB) to Germany next year to promote Sabah as a premier tourist destination.

Meanwhile, Lui extended an invitation to the Minister to officiate at the installation of new office-bearers of KKCCCI on Jan 1. Also present were the Ministry's Principal Assistant Secretary, Mary Malangking and STB Senior Marketing Manager, Tay Shu Lan.