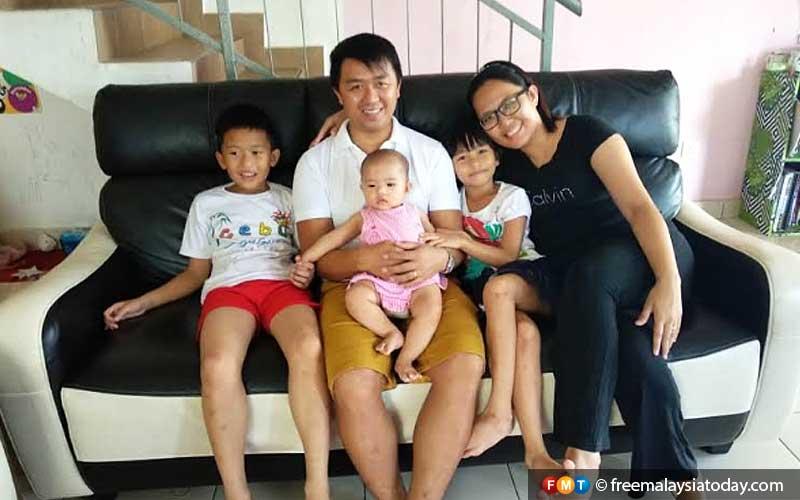 Home’s Where the Heart Is, but Also Where the Money Goes


Like others who are disciplined enough to plan their finances, Dominic Peter Muji and his wife Wijinia Reyes set aside a day in each month for sorting out their budget.

The biggest item in their expense column is always the instalment on their housing loan. They have to fork out RM1,500 for the mortgage and they'll continue doing so every month for the next 23 years.

Neither of them has a fixed income. "So we really have to be careful with our budget," said Reyes.

"I sell insurance and unit trust. My husband drives for Grab occasionally and he also makes and delivers pizza."

They bought their three-bedroom double-storey terraced house for about RM400,000 some years ago.

They now have three children, but two of Reyes' siblings also live with them and another is planning to move in next year.

When they bought the house, both had steady jobs. Muji was working in a fast food restaurant and Reyes in a bank.

Muji decided to quit the job because they could not find reliable caretakers for their children, and Reyes followed suit some time later.

Reyes told FMT they had so far been able to meet their financial obligations, but she admitted to feeling overwhelmed sometimes.

She said they could not afford to eat out too frequently or to have much of a social life. "At best we'll go out once a month."

Entertainment is always at the bottom of the list when they work out their monthly expenditure. "The house payment is always the first thing we clear," she said. "In other words, we have to sacrifice a lot to save our home."

News that Malaysia may be headed for an economic recession in the next two years is troubling for Reyes and Muji.

"We have to work even harder then," Muji said. "Maybe we'll have to diversify our sources of income when the time comes."

Their house is situated just outside Kota Kinabalu. Many people now looking for a similar house consider the couple lucky to have bought their house for RM400,000. The current going price is at least RM500,000.

Indeed, almost all of the double-storey terraced houses in Kota Kinabalu and Penampang are now priced at around RM600,000, which means a family will have to pay at least RM2,700 a month for a 30-year loan at 4.25% interest. And this comes after a RM50,000 down payment.

The inability to service housing loans is one of the main causes of bankruptcy among Sabahans.

He told FMT there was a lack of land for sale in the Kota Kinabalu and Penampang districts and the demand had raised prices.

According to him, an acre in Penampang costs at least RM1.5 million if a developer is lucky enough to find it.

"Excluding the consultant fees and everything else, the lowest price for a house would be around RM450,000. So how can one expect a developer to sell for less than RM500,000?"

Chew said developers, in a bid to minimise land use and maximise profits, were choosing to build high-rise residential properties but they were also keeping in mind conservative families who prefer to live in houses with backyards.

Nevertheless, he is confident that prices will not rise further. He said there were signs that the price of land was stabilising.

"The rise in land prices was caused by the five-year super bull between 2009 and 2014, when everybody had money to burn and many decided to buy land," he said. "And when something like that goes up, it doesn't go down easily."

The only solution to the problem, he said, would be to control the price of land. Prices would even go down if the market was flooded with land for sale, he added.

Chew also said he believed household incomes would continue to rise and more people would find themselves able to buy landed properties since he did not expect prices to rise further.

This article originally appeared on www.freemalaysiatoday.com