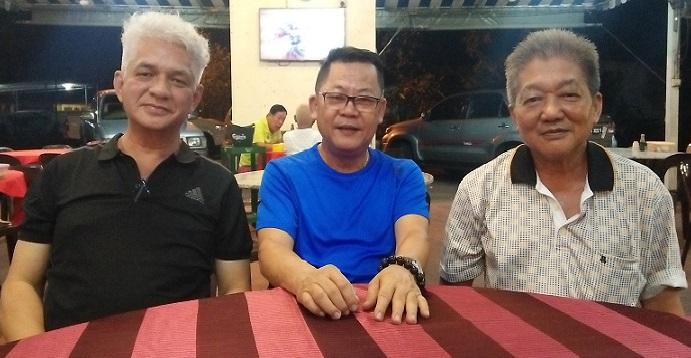 Operators of eateries in Tawau consider the move to impose a penalty on them, should their customers smoke in their premises next year, as an extra burden for them.

Tawau Traders of Food and Drink Association chairman Chau Oi Keong said the government could instead put up signs within every premises to inform patrons not to smoke or to allow operators to set up a smoking zone to cater to their smoking customers.

"We support the determination of the government to discourage smoking among Malaysians, but at this juncture, we cannot simply turn away customers that smoke in our premises as our earnings are marginal," he sai when commenting on the regulation to penalize shop operators with a fine of RM2,500 for every customer found smoking in their premises.

Chau, however, added that the suggestion to have a special smoking zone located some 10 feet away from their premises may be impractical as most premises only has a five-foot walkway.

"We just want to know the rationale for penalizing operators when their customers smoke in their premises and appeal to the state Minister of Health and People's Wellbeing, Datuk Stephen Wong Tien Fatt, to seek out the reason for it," he said yesterday.

He added that many small operators may have to close their businesses as they have limited customers and most of them enjoy smoking while drinking coffee.

"Small businesses will be hard hit if they are faced with even a single fine and with the upcoming regulation to raise the minimum salary of workers, the resulting effect will hit them very hard," he reckoned.

"In line with our government's effort to lure more tourists into the country and state, such ruling could have an impact on how tourists would spend their money in our country, and this will directly affect us operators and eventually the country's revenue," he said.

Chau said in countries such as Singapore, the government prepares smoking areas for smokers; in Indonesia, operators are permitted to prepare special section of their eateries for smokers.

Touching on the minimum salary requirement to be enforced in 2019 for workers, Chau urged the government to seriously reconsider implementing the move as it will be another setback for businesses to maintain their operation.

"Considering the situation in urban areas which are already facing hard times, I believe it will be worse for rural businesses with smaller income," he pointed out.

Chau said employees should have the right to determine how much a worker should be paid based on each worker's performance, and this will give them ample room to fully utilise their meager earnings to boost their business and increase employment opportunities.

"We are not asking the government to allow us to generate profits to build a castle. We just want a leeway to continue our business," he said.

Also present during the press conference were the association's vice chairman, Sim Hok Kui, and its secretary, Yapp Yin Hoau.

The no smoking ruling which will be enforced in 2019 by Malaysia is seen as a commitment to the Framework Convention on Tobacco Control, a guideline under Article 8 of the World Health Organization, of which Malaysia is a member.