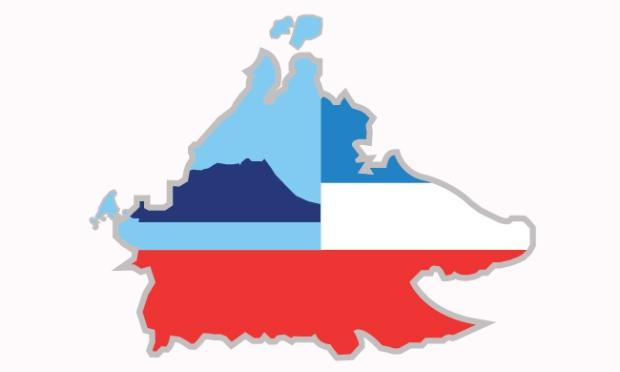 
The State Government has proposed a RM4.16 billion budget for 2019 with a surplus of RM105.32 million - the fifth consecutive surplus budget for Sabah since 2015.

Chief Minister Datuk Seri Mohd Shafie Apdal said the surplus involves an increase of RM40.43 million or equivalent to 62.31 per cent compared to this year.

"This is the highest surplus in the last five years," he said when tabling the 2019 State Budget at the State Legislative Assembly, Friday.

The State revenue collection for next year, he said, is expected to reach RM4.27 billion.

He said based on the positive growth momentum of key sectors, especially the services sector (including tourism sector) and mining and quarrying sector, Sabah's economy is expected to grow positively by five to six per cent in 2019.

"The 2019 estimates show an increase of 2.3 per cent compared to this year's original estimates of RM4.17 billion.

Themed "Driving Growth for the People", he said, the State Government is determined to make changes and bring positive impact on the progress and standard of living of Sabahans.

"The main agenda of the current Government is to strengthen revenue collection and income.

"Should revenue increase, the goal to spur development is most likely will be achieved in a short period of time.

"I have noticed that there are more revenue that can be collected from existing and new sources.

"In this regard, I would like to request the cooperation of Revenue Collectors to increase their efforts in achieving the revenue target set in the 2019 Budget," he said.

The current Government, he said, will also carry out various development agendas and programmes for the wellbeing of the people. "The Government wants to see that all Sabahans enjoy economic benefits, including the development of infrastructure and public utilities, so that all walks of life, including youth, women, elderly, special people and the general public, can easily get jobs or business opportunities which will create multiplier effect to our economy."

Shafie, who is also Finance Minister, said the State's economy remains strong and resilient despite the various economic challenges faced.

"The State's economic performance in 2017 has improved as compared to the previous years as it is now ranked the fifth largest among all states in Malaysia.

Overall, he said, the encouraging performance of Sabah's economy was contributed by the positive growths of the State's key sectors.

"The services sector (including tourism-related services and government services) remained the largest contributor to the State's economy representing 39.9 per cent of the State's GDP in 2017.

"The vibrant and resilient tourism sector continues to be the catalyst for the encouraging performance of the services sector as reflected by the significant growing number of tourist arrivals into the State.

"The prospect of tourism sector for next year is expected to be bright with the implementation of various tourism programmes by the Government to further develop the tourism sector."

The mining and quarrying sector also contributed significantly to Sabah's economy, contributing 31.3 per cent of Sabah's GDP in 2017. "In the first seven months of this year, the export value of crude petroleum has grown by 44.2 per cent amounting to RM16.8 billion from RM11.7 billion as compared to the same period last year attributed to higher production volume and bullish higher prices of crude petroleum," he said.

The agriculture sector continues to be one of the key sectors to Sabah's economy, contributing 18.7 per cent of the State's GDP in 2017, while the manufacturing sector contributed 7.3 per cent.

"Although the production and export value of crude palm oil has slightly decreased during the first seven months this year, the contribution of the palm oil sector is expected to increase next year as a result of continuous active government efforts to further boost the production of high value palm oil downstream activities in Palm Oil Industrial Cluster (POIC) Lahad Datu and Sandakan.

"Measures taken by the Government to temporarily ban export of logs from Sabah is expected to increase the downstream timber industry activities and increase the contribution of timber-based industry to Sabah's economy."

"In the first seven months this year, Sabah registered a positive trade balance of RM15.2 billion from RM12.6 billion as compared to the same period last year, representing an increase of 20.9 per cent driven by the increase of the State's total export value.

"In the first seven months of this year, the State's total export value has increased by 11.5 per cent to reach RM33 billion from RM29.6 billion in the same period last year," he said.

He said Sabah has recorded an employment rate of 5.6 per cent last year which has increased slightly by 0.2 per cent as compared to 2016.

"Among factors contributing to high unemployment in Sabah are job seekers being too choosy in finding jobs, mismatch of qualifications and skills.

"Nevertheless, the Government is committed to provide more employment opportunities for Sabahans to address the unemployment issues in Sabah.

"Among others, the Government will provide more skills training for Sabahans so as to become more competitive and employable as well as to encourage more youths to engage in business and be more enterprising," he said.