Completed roads under the Pan Borneo Highway project will be registered under the Malaysian Road Record Information System (Marris).

Assistant Minister of Transportation Datuk Dr Jerip Susil said any registered roads under Marris will be entitled for normal, periodic and emergency maintenance which is carried out by the Public Works Department (JKR).

“Our state roads are also designed to cater for axle loading under the Weight Restriction Order, 2003,” he said in responding to a question posed by Dato Henry Harry Jinep (PDP-Tasik Biru) on whether the Sarawak government would allow lorries to travel on state roads which may not be built to cater to heavy loaded lorries at the State Legislative Assembly (DUN) Sitting today.

Jinep also asked if the state government would consider upgrading the roads from Bau to Batu Kitang into a dual carriageway in view of the heavy traffic congestion caused by lorries these days.

To this, Dr Jerip said his ministry will look into the situation and will update the assemblyman in due time.

Earlier, he also informed the august House that there are currently 1,044 out of 1,307 lorries used by work package contractors registered with the Road Transport Department (JPJ) and these lorries fulfilled the requirements of the Weight Restriction Order, 2003.

“As long as these lorries comply with the safe Weight Restriction Order, they are permitted to be used on public roads during and after the completion of the Pan Borneo Highway Project.”

#EastMalaysia
Pan-Borneo Highway at Standstill Due to Cave-in 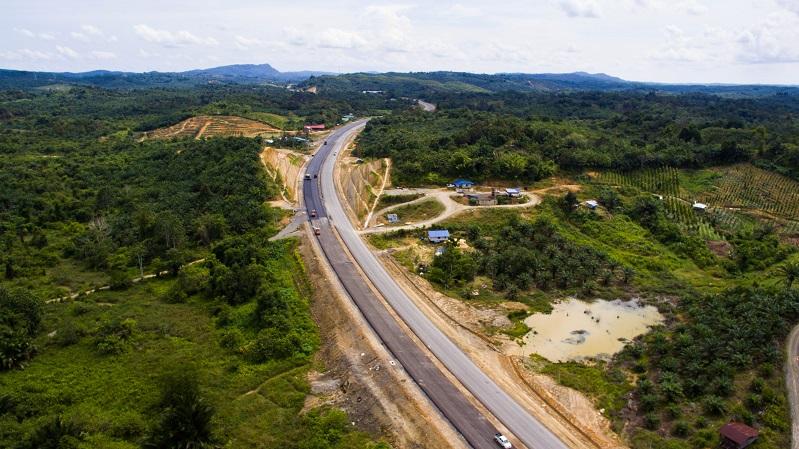