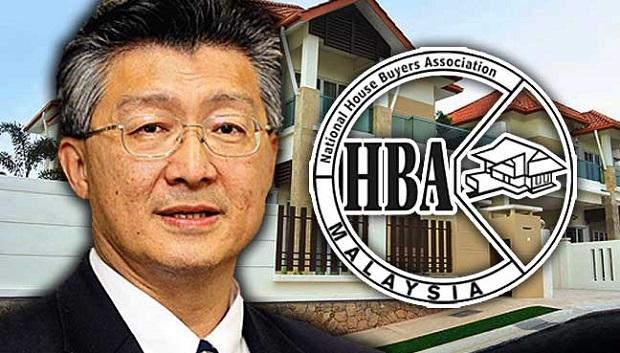 They want the Real Estate and Housing Developers Association (Rehda) to redefine and scale down the maximum pricing for the homes to between RM150,000 and RM300,000 (for Kuala Lumpur) per unit of such homes.

Anything higher than that, he said, would be "outright unrealistic" and "way beyond the reach of a majority of potential house buyers".

He said Rehda must accept that the rate of RM500,000 it quoted for its unsold homes marketed as "affordable", did not reflect the median household of most Malaysians.

"A residential property can only be categorised as an affordable unit if it fits these three criteria," he told the New Straits Times, referring to its understanding of the maximum price, size and number of bedrooms that would be defined as "affordable homes'.

Chang said he was also baffled by Rehda's recent statement on its unsold affordable homes, saying that it was "misleading".

"Their definition of 'affordable homes' is unrealistic. HBA wonders how many of these 'unsold affordable properties' as claimed by R are actually priced below RM300,000?

"Are these properties located in areas that are well served by public transportation, conducive for family living and not studio apartments?

"HBA can only speculate that the bulk of unsold properties is closer to the RM500,000 mark, which is far from affordable to the majority of the rakyat," he said.

Chang was responding to the statement by Rehda that a large number of affordable homes priced below RM500,000, remained unsold in the first half of this year.

Rehda, in its Property Industry Survey 1H2018, suggested that unsold units had increased from 66 per cent in the second half of last year to 75 per cent in the first half of this year.

Bank Negara Malaysia (BNM) had in May said the definition of affordable houses which Rehda quoted as RM500,000 was inaccurate.

"Houses in the price range of RM300,000 to RM500,000 are beyond what is affordable to the households earning the median income in Malaysia," it was quoted as saying then.

Using the international standards Housing Cost Burden Approach, the central bank said the maximum price of an affordable home is estimated to be RM282,000 based on the median household.

Chang also proposed that developers build houses at "the right locations" and priced them according to the minimum wage of the people.

"Based on international recommendations, a property is deemed as 'affordable' if the price is below the annual household income multiplied by three.

"According to the Department of Statistics Malaysia, the median monthly household income in 2016 is RM9,073 for those residing in Kuala Lumpur and RM5,228 for the whole of Malaysia.

"By applying the median monthly income to the factor of 3.0 times, the maximum property price deemed affordable in Kuala Lumpur is RM326,628 (RM9,073x12x3).

When asked on BNM's proposal of extending the housing loan tenure to 40 years, HBA said the move should not burden the people.

"HBA is supportive of the recommendations from BNM to extend the tenure of the loan period from 35 to 40 years but certainly not beyond that.

"We are not in favour of house buyers having to 'slave' throughout their life just to own a house.

"We hope that the Housing and Local Government Ministry will set up a focus group with all stakeholders on the issue of 'compliance costs' and the costs of doing business', which has resulted in the escalation of costs of houses."

Sabahans Urged to Build an Environment for Investment by SHAREDA