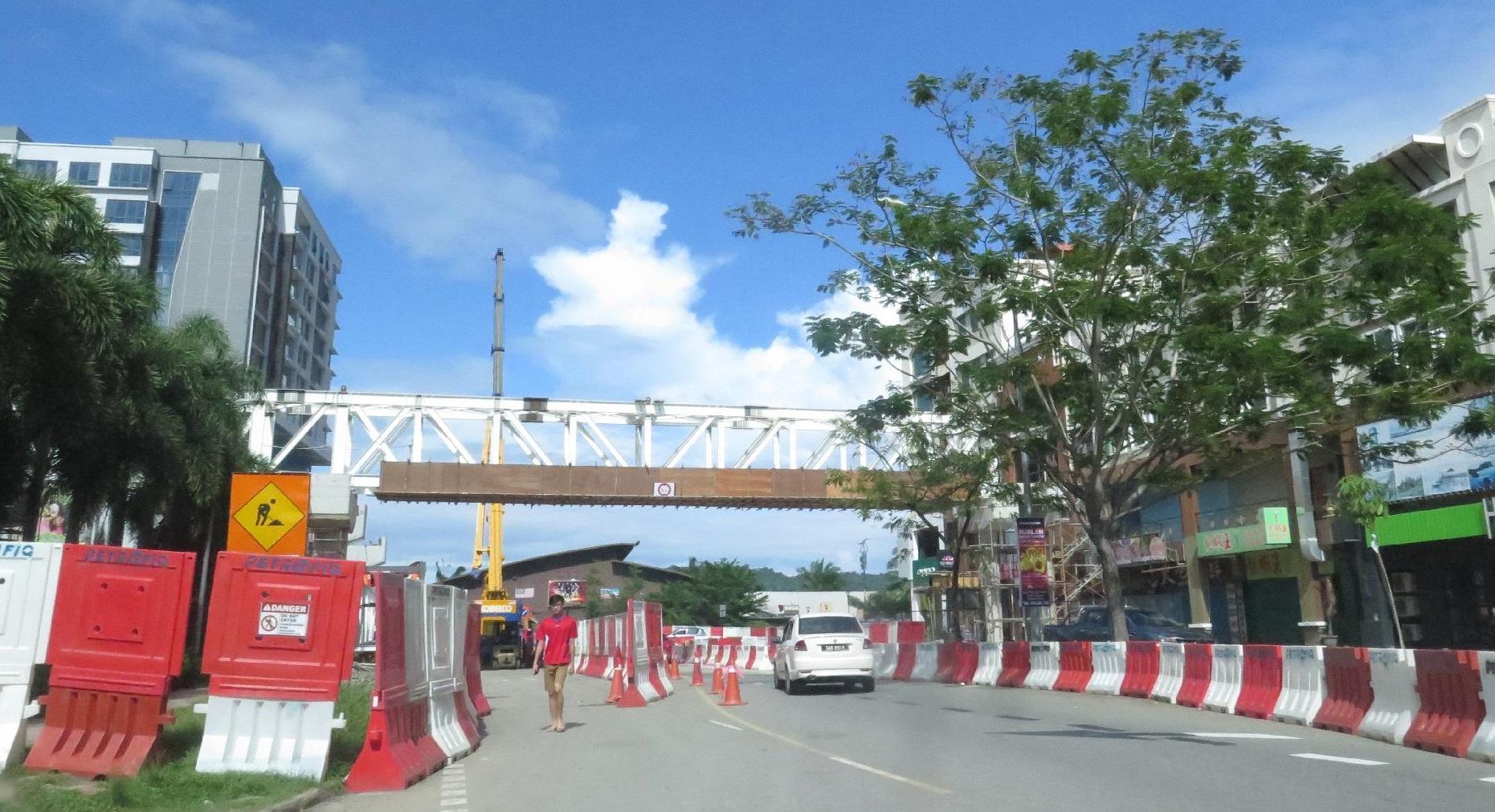 
Kota Kinabalu City Hall (DBKK) should call for a meeting with the Public Private Partnership Unit (UKAS) and its contractor Petrofiq Sdn Bhd and the principal consultant to resolve the issues faced by the "abandoned" overhead walkway in the city.

Kota Kinabalu MP Chan Foong Hin said as the future owner of the elevated walkway, DBKK should have a discussion with the relevant parties directly involved in the project and resolve any outstanding issue than to leave it abandoned.

"For the sake of safety and to avoid accidents and loss of lives, we urge DBKK to assist the outstanding payment of more RM20 million due to the contractor (Petrofiq).

"The outstanding payment issue must be resolved so that it could be completed and handed over to DBKK for safe public use before pedestrian lives are lost," he said, in a statement, Monday.

Chan said following the fatal accidents reported along Jalan Coastal and Jalan Tun Fuad Stephen, the Skybridge would be a vital structure in safeguarding the safety of pedestrians especially for the underprivileged (OKU).

"This project will give an advantage to the pedestrians as well as the underprivileged as it is equipped with escalators and lifts which could ensure their safety when travelling along the busy lanes.

"Every day hundreds of tourists and locals risk their lives trying to cross the very busy Jalan Coastal and Jalan Tun Fuad Stephen. Some of them are elderly with children. Even the disabled are seen crossing these roads.

"From the records, fatal accidents had been reported along these roads.

"The Skybridge which is designed with escalators and lifts for the OKUs is 95 per cent completed by the contractor and works had slowed down due to non-receipt of more than RM20 million from the developer, Sunsea Development Sdn Bhd," he added.

On June 9, Sabah-based contractor Petrofiq said they were exercising their contractual right of suspending or going slow on the project as it had completed 94.5 per cent of the works but had only been paid 35 per cent of the RM30 million-plus contract value.

Its Operations Director Michael Chen said although being a victim of non-payment by the developer, Sunsea Development, the project is not abandoned.

He said the project was cordoned off to ensure that it was not vandalised or damaged by irresponsible parties.