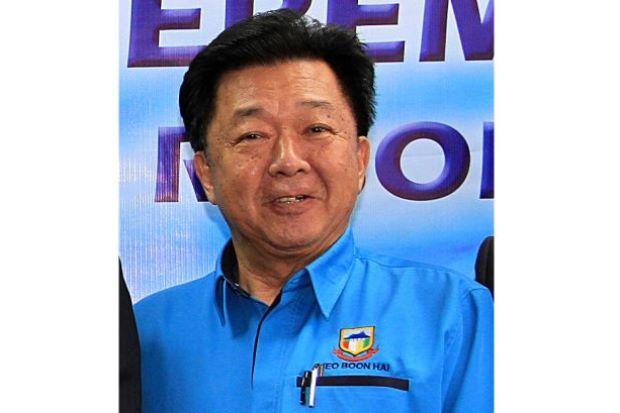 The project undertaken by state-owned Tanjung Aru Eco Development (TAED) has been widely criticised as locals said the public space would be sold out to private resorts under the redevelopment of the area.

"We will wait for a directive from the new state government administration" he said during a briefing for the newly elected parliamentarians and assemblymen on Friday (May 25).

The mayor also assured that no deals for the redevelopment of the area was approved under TAED.

"Nothing has been signed as yet" Yeo said, adding that the Federal Government's allocation of RM500mil for the project has yet to be received.

"The (state) government has so far spent RM36mil on studies and relocation" he said. A decision on the future of Tanjung Aru is big. It is my opinion that the Government can avoid reclamation on seafront but focus on the land area" he added.

Warisan campaigned for the scrapping of the multi-billion ringgit Tanjung Aru redevelopment project that was pushed as part efforts to rehabilitate the beachfront which has degraded due to erosions.

NGOs had urged the previous state government to abandoned the project, calling on them and City Hall to mitigate and rehabilitate the Tanjung Aru beachfront.

However, the state government under Musa said that comprehensive redevelopment was necessary to rehabilitate the beach but the cost involved would need investments through international funding and setting up resorts.