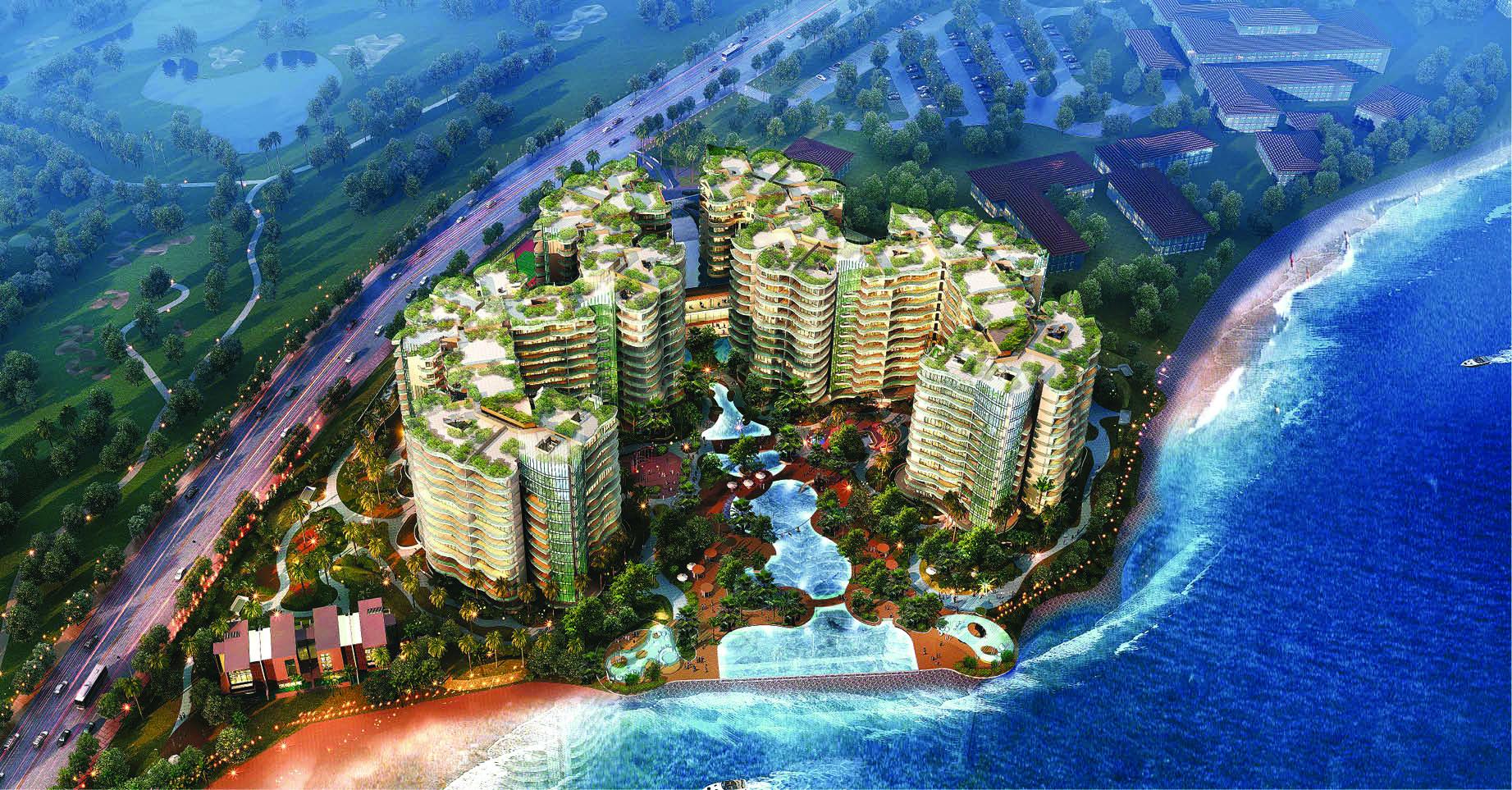 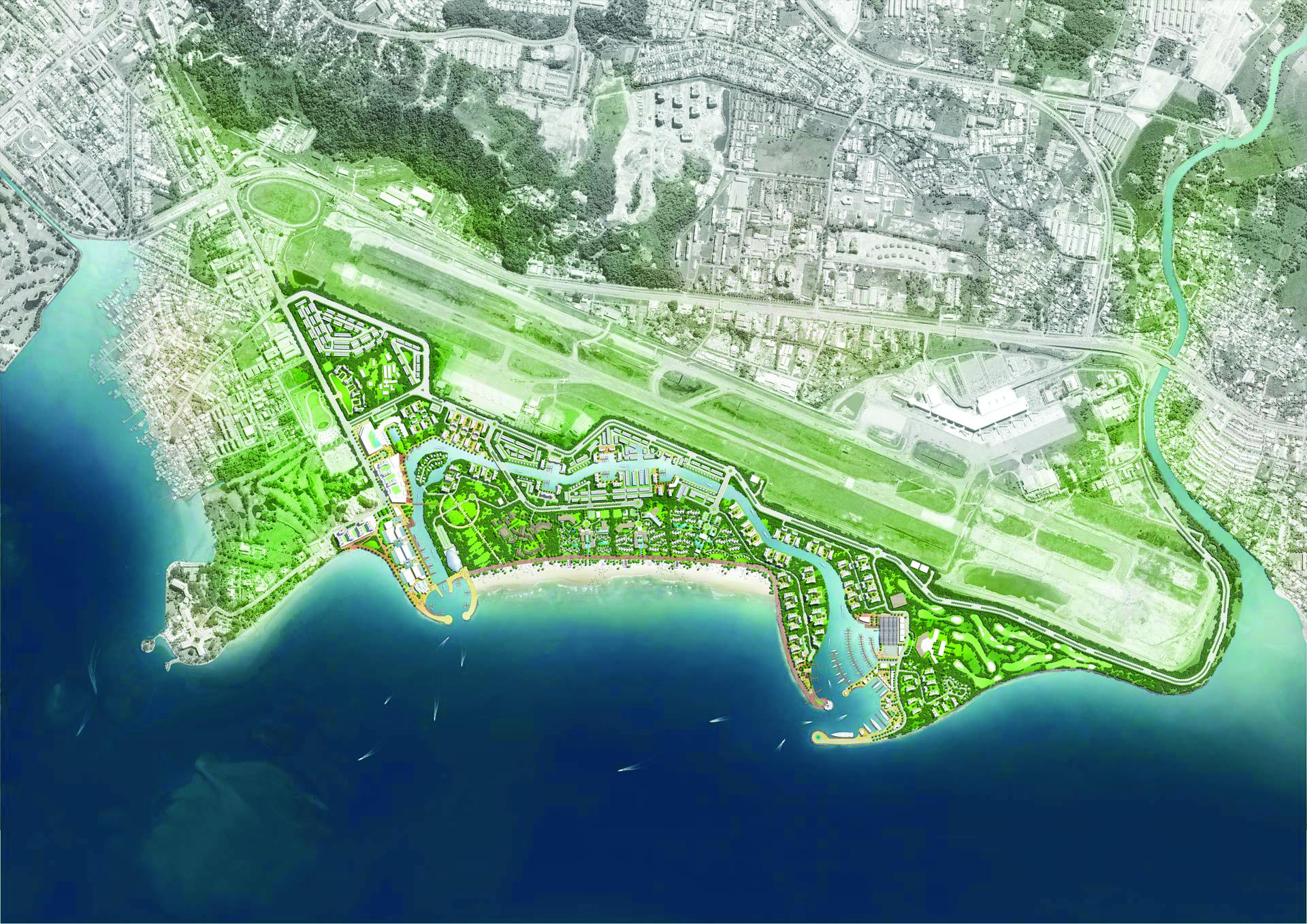 
The Sabah State government has always welcome property entities to venture into its property market. As the city change and shifts, bigger and more ambitious projects are poised to reshape the landscape. Sabah is changing at a rapid pace with some exciting developments on the horizon.

Location: Tanjung Aru Status: Under construction Completion: Expected to be completed by 2022

This strategically located development is the maiden mixed-development foray into Kota Kinabalu by one of Malaysia's finest developers, SP Setia. Spanning across 60 acres of land, Aeropod will almost certainly be the largest integrated linear city in Kota Kinabalu. With hotel, retail mall, retail offices, residential suites, corporate offices, as well as green parks in the master plan, it looks to be a real holistic approach by the developer.

What makes this project stand out is the inclusion of a provision for a light rail transit (LRT) system to improve the existing rail station in Tanjung Aru in the future.

Touted to become the most expensive residential tower in Sabah once completed, Coral Bay@Sutera will definitely define the word "premiumâ€ in Kota Kinabalu. Located next to The Magellan Sutera Resort, the project is perched on one of the hottest pieces of real estate in the city. Couple together an oceanview with top-end condominium facilities and finishes, Coral Bay will likely be on the lips of many when completed.

Developed by GSH Corp Ltd, a company listed on the Singapore exchange, the plan is to develop Coral Bay@Sutera and other upcoming projects in the vicinity to cater to local and foreign buyers looking for the best Kota Kinabalu has to offer.

GSH bought over Sutera Harbour Resort, including the two pieces of residential land, in 2014 for RM700 million.

KKCW is an integrated waterfront revitalization master plan initiated under the Sabah Development Corridor's (SDC) blueprint to transform Kota Kinabalu City into a premium tourist gateway and a premier second home destination for the affluent.

KKCW will feature an upmarket lifestyle waterfront mall, a 365-room super luxurious waterfront hotel and 111 units of designer suites. The entire stretch will be linked by a Waterfront Boardwalk which is 2.1km long, one of the longest of its kind in Asia.

Other parts of the waterfront include Jesselton Quay and One Jesselton mixed-developments and Kota Kinabalu Convention City - all developed by different developers.

Location: Kota Kinabalu CBD Status: Expected to commence in 2018 Completion: Expected to be completed in 2022/23

Suria Capital Holdings Bhd and its group of companies (SuriaGroup) spreads their wings by undertaking the development of the dedicated international cruise terminal at Kota Kinabalu Port. The terminal would serve as a marine gateway as well as a second entry point to the heart of the city.

The terminal will complement several other key developments namely Jesselton Quay, One Jesselton Waterfront and Sabah International Convention Centre, to name a few.

The first stage (Phase 1) of expansion works is expected to commence in 2018 and expected to complete in 2022. This expansion is believed to include the expanding of the current berth length from 500 meters to 850 meters. The container stacking area will be expanded to 84 acres from its current area of 24 acres.

Location: Kota Kinabalu - Kuching Status: Under construction Completion: Expected to be completed by 2021

A key project to the development of Sabah and Sarawak, the Pan Borneo Highway is and road network development the government has embarked on which will link Kuching and Kota Kinabalu, as well as provide better access to the interior. The 706 km highway would, among others, be upgraded from two-lane dual carriageway to four-lane including a bypass.

Borneo Highway PDP Sdn Bhd was appointed as the implementing partner of Phase One of the highway project. The agreement was signed by the federal government and Sabah government on April 11, 2016.

SICC, another mega project under the Sabah Development Corridor, is owned by Yayasan Sabah and is being developed on a joint-venture basis with a Malaysian conglomerate. The completion of SICC would open doors for more Meetings, Incentives, Conferences and Events (MICE) related activities to be conducted in the state capital.

SICC sits on 15 acres of land with a total built-up area of over 990,000sqft. With the state of the art technology, SICC comprises of a world standard Performing Arts Centre with a two-tier seating for 1,200 audience, 22 meeting rooms, an open plaza for outdoor usage, an exhibition hall, numerous VIP lounges, F&B outlets, and a cafeteria.

The unique architecture and interior design of SICC reflect the natural elements of Sabah which is known for its islands with crystal-clear water, lush tropical forests, and the iconic Mount Kinabalu.

The TAED project will start work in Q2 2018 with the Phase 1 of the development marked at the First Beach area - soon to be known as Aru Gateway - is approximately 64 acres, with a mixed commercial area stretching along Mat Salleh road.

Tanjung Aru will turn into a premier international green tourism destination and a sprawling commercial, residential and recreational centre once the project completes.

Kota Kinabalu's traffic has exponentially risen over the years and has become the crux of many drivers in the city. With developments on full gear in the city, it is only appropriate to plan for the improvement of mobility, especially for the residents living in the city centre and neighbouring areas.

City hall has realised that there is a need for a balanced approach for a conducive traffic flow in Kota Kinabalu, which will also improve the Kota Kinabalu's image as a first-class city.

The BRT is a bus rapid transit project to systematically improve bus services in the city. An allocation of around RM1 billion has been provided by the Malaysian government under the 2016 Malaysian Budget to implement this project. Currently, the project is under studies between the federal and state governments as there are still roadblocks in the way to fully implement this new system. When fully operational, the BRT will run on three main dedicated routes, namely Putatan-Kota-Kinabalu-Inanam (20km), Kota Kinabalu-Penampang (11km) and Kota Kinabalu-Alam Mesra (13km).

Kota Kinabalu's public transportation system may need an upgrade in the form of the LRT in the near future. Studies are already on the way to decide whether this is a practical solution to the conundrum of congestion. The city's Mayor, Datuk Yeo Boon Hai has his finger on the pulse and personally said that the both the LRT and BRT is under review and could be the solutions. Whether or not the LRT should be implemented is still up for debate.