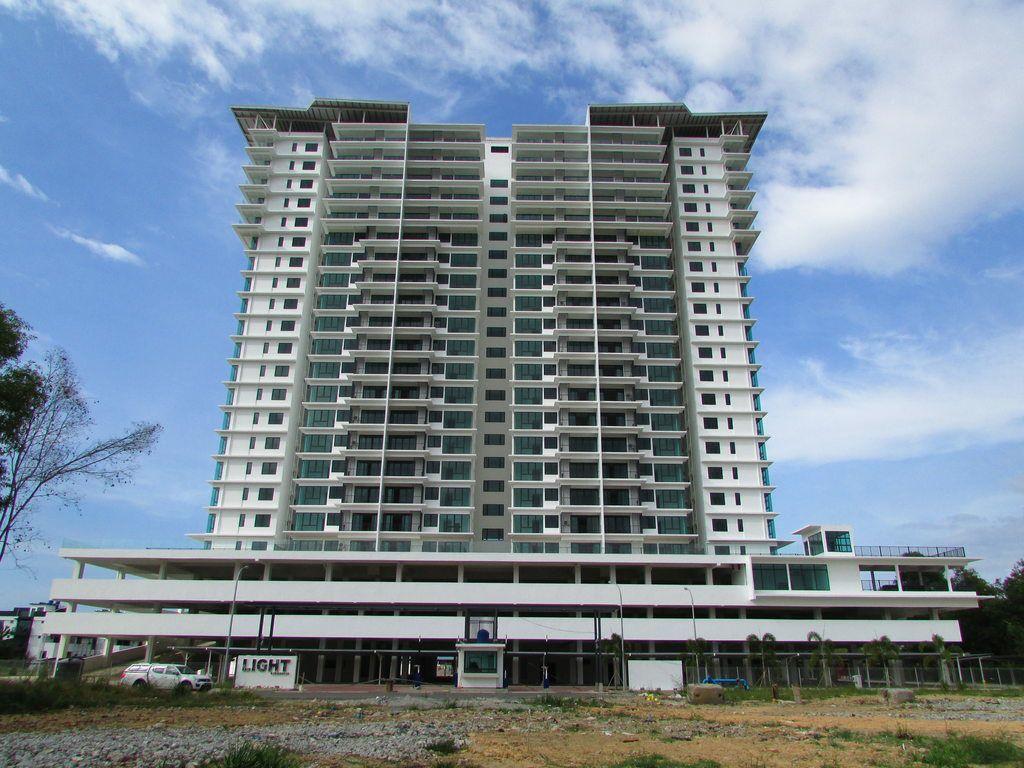 
RA Concept Sdn Bhd has officially received a rejection letter - dated 6 April 2018 - for their Extension of Time (EOT) application from the Housing Controller earlier last week. We reached out to Ar. Ronnie Ang, the Company's advisor to get an insight and his views on this pressing matter.

Under the Sabah Housing Development (Control & Licensing) Rules 2008, once the Housing Controller rejects an EOT application, there is a provision, under the law, stating that a developer is allowed to apply for an appeal to the Ministry of Local Government and Housing (MLGH) within 14 days of receiving the rejection letter.

"This means that we need to submit our letter of appeal to the Minister before 20th April and we will wait for his final say" said Ar. Ronnie. The letter for EOT was initially written to the Housing Controller but at the time of writing Datuk Matius Sator, the former Housing Controller, was not fit to perform his duties, leaving the EOT application unheard. Ar. Ronnie shared that they wanted to speed up the process of obtaining OC and therefore decided to talk to the Minister instead.

Ar. Ronnie says that a committee was set up by the Minister to get their case reviewed under a board briefing. The meeting was chaired by Mr Wong Foo Tin, Assistant Permanent Secretary in the presence of Dr. Gabriel Chong, Secretary of Housing Controller. Government agencies including Jabatan Air, Department of Irrigation and Drainage (DID) and an Engineer from Penampang District Council (PDC) were also present during the briefing according to Ar. Ronnie.

MLGH threw the question back to PDC and the committee members regarding the issue and found the main case revolved around Taman LT Jaya. "We had no objections from PDC and JKR to use Taman LT Jaya as an access road and we were prepared to start our road works. Our DP was approved using it as an access road too.

"A local Y.B representing Taman LT Jaya residents approached us to seek for an alternative access after our site clearing was stopped by the residents on 27 February 2015. The residents of Taman LT Jaya voiced out their concerns about the safety of their children playing around the compound and expressed their displeasure with heavy traffic flow going into their neighbourhood. With that, RA Concept decided to forgo the plan.

"In the spirit of reducing conflict at the community level and potentially delaying the project, we asked PDC to hold a dialogue session with the residents and we proposed to enlarge the open space using our spare land as a contribution back to the people but at the end of the day they did not buy into the idea and we needed more time to get land acquisition elsewhere.

"We had other options for road access and we took the initiative to talk to the developer of Villa Tropicana and a private owner on a very long session of negotiations but they demanded for a substantial amount of money," says Ar. Ronnie, adding that compensation was ready to be given but the amount demanded held them by their throats.

"We issued the CPC (Certificate of Practical Completion) to the builder on 15 October 2015 which shows that the project was near completion well in advance for first buyer delivery" Ar. Ronnie added.

Based on Sabah's state law, the granting of an EOT must come from the Housing Controller. RA Concept's EOT was quashed because it went through a different channel - following a ruling from the High Court favouring residents of The Light Residences seeking payment of LAD.

"The court did not ask to pay LAD immediately. In fact, our application was valid according to the law because we applied for EOT well in advance. But now that we've received the rejection letter, we can act accordingly and will proceed by appealing to MLGH," said Ar. Ronnie.

He also said that with elections around the corner, there is a handful of uncertainties, including the position of the current MLGH Minister.

"Of course, at the end of the day, once the election is over and we see the new Minister in MLGH, we will accept and respect his final decision," Ar. Ronnie shared, adding that they are prepared to accept any outcome including paying the LAD.

According to Ar. Ronnie, had Taman LT Jaya allowed them an access road, it would have only cost them RM680,000. With the new back road for The Light Residences, RM1.8 million was incurred on the company. "We proceeded paying 3 folds because as a developer I wanted to make sure the purchasers receive their units within a reasonable time," says Ar. Ronnie.

"A lot of purchasers see us as the crooked developer who only wants to make money, but that's not the case. There is no reason for developers to delay projects as it is not economically viable. We don't want to delay the project either and will always try to give back to the people," he said.

Ar. Ronnie urged the local authorities to take their stand and try to resolve or mediate the problems developers face, saying, "They are the planning authority for that area. They need to find solutions to facilitate investment and development. We shouldn't be thrown into our own private negotiations with the neighbours or other developers."

Connectivity is becoming an issue in Kota Kinabalu with access roads not connected well enough to create a win-win situation for anyone comments Ar. Ronnie, pointing out that DBKK has a good practice of asking a developer to sign the memorandum of transfer; surrendering their open space, access roads, drains, and sometimes treatment plants before an OC is granted. DBKK will then have the mandate to govern and form a better planning system for the whole area. In turn, the practice will benefit the end users in the long term.

"In our case, the developer next door did not submit what was necessary, including the road access to PDC. If the ownership doesn't belong to the local authority, it means it is still in the hands of the private owner, who can then control and make demands. And this isn't right. This will kick out development and cut off connection in the area.

"We urge the house buyers to be more understanding on the building process and the predicaments faced by the developers. We are also a victim here. Unfortunately, confronting behaviour toward developers is seemingly the norm" said Ar. Ronnie.

Read about how it all started here: Residents Seek Legal Action Against Developers