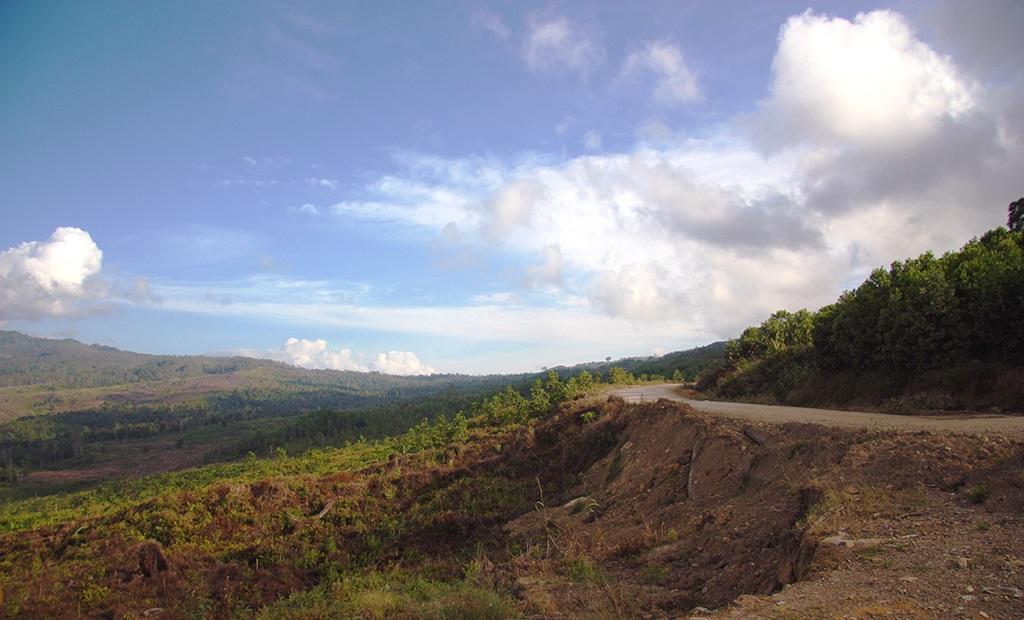 Sipitang-Long Pasia Road to Be Restored

The condition of the Sipitang-Long Pasia road will be restored to how it was before it was damaged by logging activities.

The gravel road that stretches more than 100km from Sipitang, was damaged in numerous sections with some near impassable during heavy rains.

A spokesman for the road maintenance contractor, Pembinaan Kekal Mewah Sdn Bhd (PKM) when contacted said that arrangements are being made to rebuild the damaged sections of the road.

"We are taking the issue seriously. The first damages reported earlier this year were the result of logging in Kampung Long Mio.

"The logging company repaired the damages they caused but their repair works were not up to standard and were prone to further damage.

"The matter was brought up to the authorities resulting in the Forestry Department withdrawing the logging permit. "So what you see now is the remnants of the damaged sections" he said when met at his office here yesterday.

The spokesperson was responding to a Long Pasia resident's complaint published in a local daily on Tuesday. The complaint claimed that some sections of the road at Adpa Lentiken hill were not passable even by four-wheel-drive for a week.

A site visit by New Sabah Times on Wednesday showed that the said sections were in use.

According to Long Mio village chief, Murang Padan the damages became worse in February but it was still passable.

"I was not aware of the road being inaccessible by four-wheel-drive vehicles for one week. The logging company has ceased their operation now, and I was told that they were stopped by the Forestry Department.

"The logging company caused the damages as they operated even during rain. Although they maintained the road, it was not done properly" he said while hoping that the government will upgrade the road.

The road, part of an old network of logging tracks, was maintained by a company related to the pulp industry in Sipitang until it ceased operation a few years ago. PKM rebuilt the stretch in the third quarter of 2017.