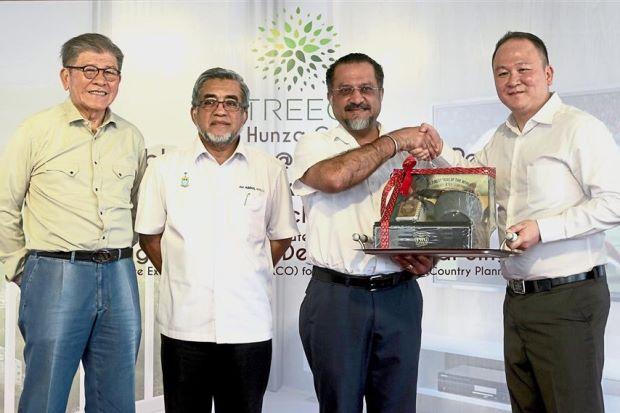 
An affordable housing project for the M40 group (household income between RM3,000 and RM8,300) is taking shape in Sungai Ara.

To be developed by Hunza Group, the â€˜TREEO' comprises three towers of 1,240 freehold units of 850sq ft each.

Majority of the units have two parking lots and come with three bedrooms and two bathrooms. Facilities include a swimming pool, multi-purpose hall, indoor and outdoor gym and playground.

Hunza Group managing director Datuk Khor Siang Gin said the project was the group's first affordable housing venture in line with the state government's policy of allowing the middle income to own a house.

"We are allowed to build 1,390 units but decided to build only 1,240 units to make it less crowded, but more exclusive with more private spaces for residences" he said during the groundbreaking ceremony of TREEO in Sungai Ara recently.

Khor added that TREEO is part of the Penang International Commercial City, which is the group's massive project set to commence in November, comprising condominiums, hotels, a hospital, a shopping mall and offices.