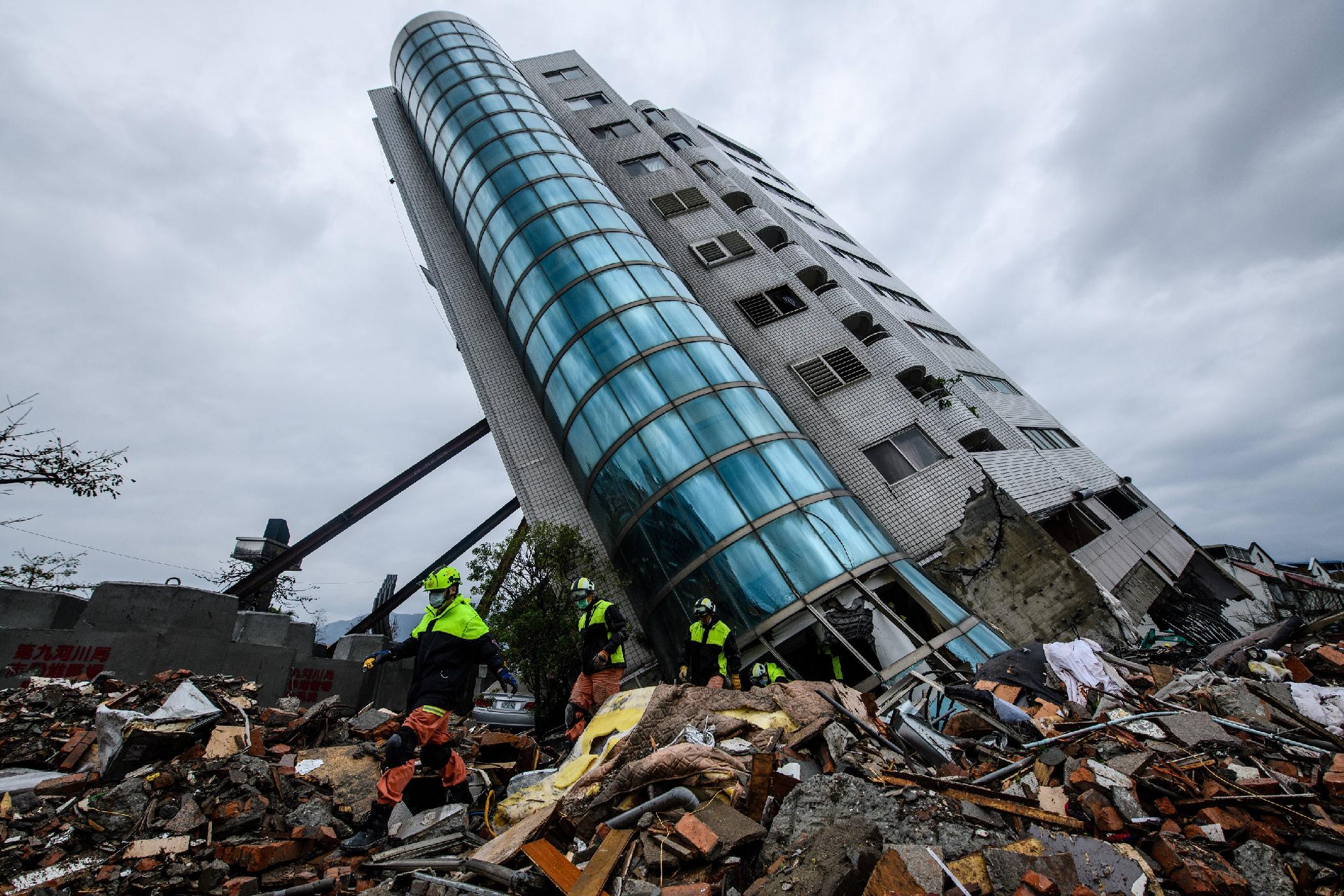 The developer of a building in Taiwan that partially collapsed during an earthquake has been detained for negligent manslaughter with prosecutors saying the man was not licensed to oversee construction projects.

The lower floors of the 12-storey Yun Tsui residential building - which also housed a restaurant and hotel - pancaked when a 6.4-magnitude quake struck the tourist hotspot of Hualien on February 6.

A total of 17 people died across the eastern coastal town, 14 of them in the Yun Tsui building.

The toll included a Chinese couple from Beijing whose crushed bodies were only retrieved this week.

Yun Tsui's developer, surnamed Liu, was detained yesterday on suspicion of "manslaughter due to occupational negligenceâ€, while three others were questioned and released on bail. They have not yet formally been charged.

The Hualien District Prosecutors Office alleged that Liu did not have the necessary engineering qualifications yet oversaw the building's construction instead of contracting a professional firm.

"He employed workers and supervised himself, leading to a significant reduction in the structural strength and seismic capacity of the completed building" prosecutors said in a statement.

"It caused (Yun Tsui) to suffer collapse immediately, within eight seconds of the earthquake" prosecutors added.

The other three people listed as suspects are the building's architect and the two owners of restaurant and hotel on the lower floors.

Three other badly damaged buildings in Hualien have been demolished, including the local landmark Marshal Hotel where one employee was killed.

Despite its comparative wealth and a reputation for cutting edge technology, Taiwan still often sees deadly building collapses during quakes.

The Hualien quake came exactly two years to the day after a similar sized tremor struck the western city of Tainan, killing 117 people - most in a single apartment block which collapsed.

Five people were later found guilty over the disaster, including the developer and two architects, for building an inadequate structure.

The island's worst tremor in recent decades was a 7.6-magnitude quake in September 1999 that killed around 2,400 people.

That quake ushered in stricter building codes but many of Taiwan's older buildings remain perilously vulnerable to even moderate quakes.

Avillion Poised to Expand Chain of Ops in East Malaysia