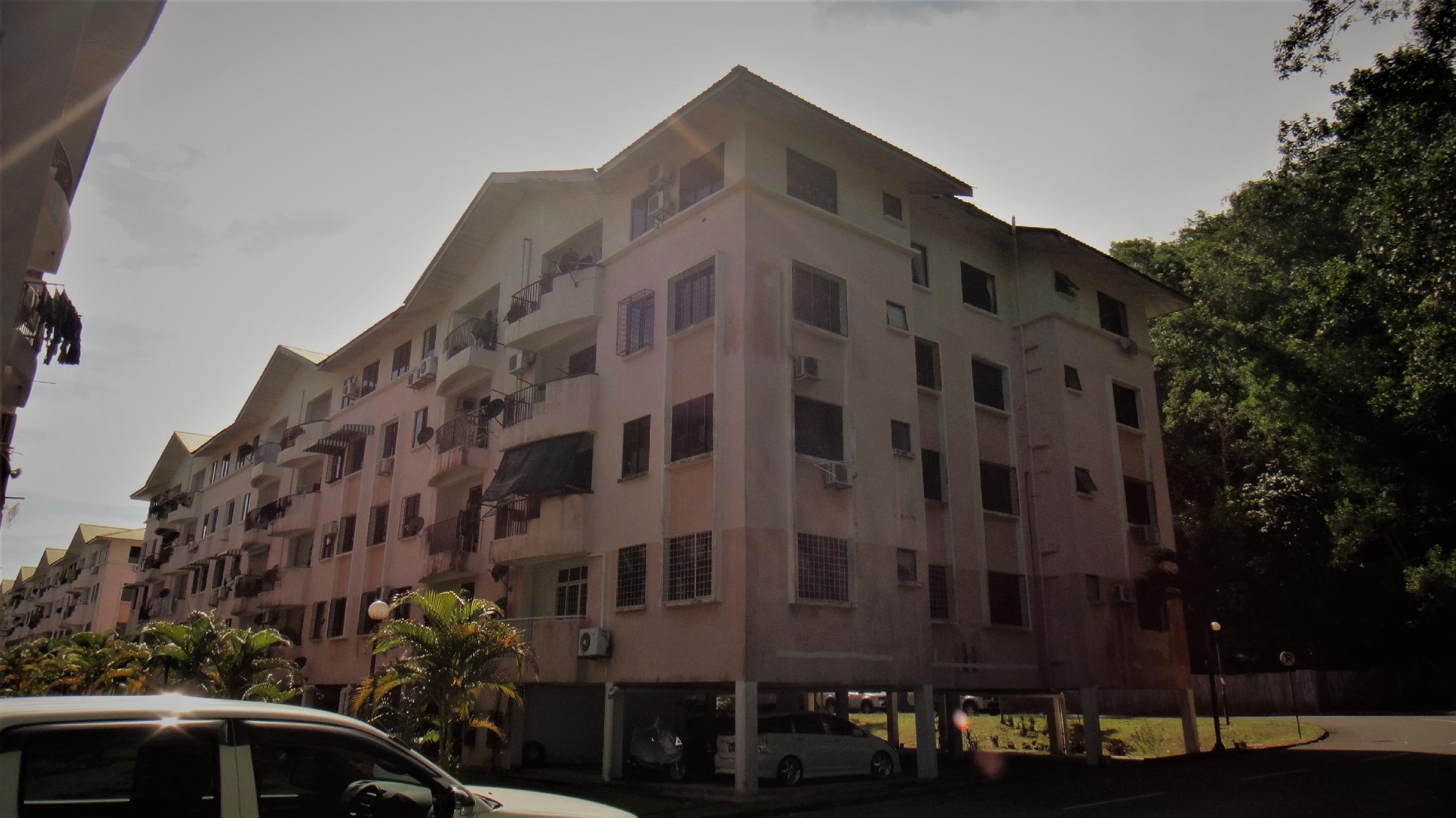 
With 18 years of waiting, the owners of Bundusan Villa Apartments are finally seeking legal redress to solve their strata titles problem.

The residents have appointed lawyer Christina Liew of CJ Liew and Co to act on their behalf.

Speaking to the reporters during the site inspection together with Liew on Tuesday, Rose Andrew, the chairperson for the pro tem residents committee said they were compelled to seek legal recourse as they feared losing the ownership to their property, if and should something undesirable happens to their developer.

She cited for example, there had been many cases reported in the past where the house buyers were left in a limbo after their developer filed for bankruptcy.

"We also know for a fact that this issue of non-issuance of Strata Title prevented some of us from transferring the house ownership to their next of kin, and there were also case where the house owners failed to refinance their property because of this problem" she pointed out.

She added that they were currently in the dark as to the actual status of their strata titles.

"We will study their case from the legal perspective of view as well as other points of view to see what is the best approach to resolve it.

"In as far as we are concerned, 18 years of waiting for the strata title is just too long overdue and unreasonable" she said.

Liew further noted that she had been informed by the pro tem committee that the main reason behind the non-application of the strata title by the developer concerned was that it had not completed the entire housing project.

She also learnt that there was a suggestion by the relevant authorities to the developer to amend the original DP to cancel the remaining four blocks of apartments, so as to facilitate the application and issuance of the strata titles. This proposal was made to the developer 10 years ago.

She thus said she will be officially filing an enquiry with the developer to find out the actual status of the strata titles application.