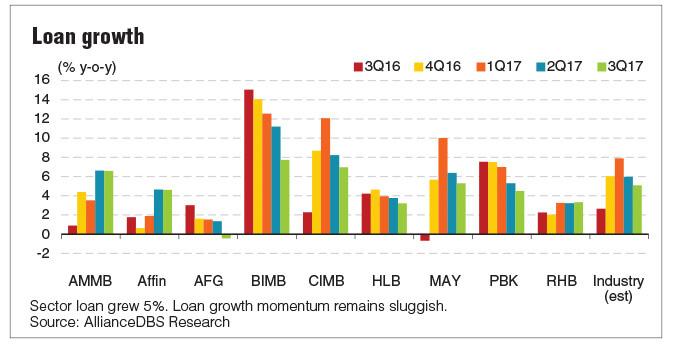 KUCHING: In light of new findings in relation to the overnight policy rate (OPR) impact on the property development sector and investor sentiment, Kenanga Investment Bank Bhd (Kenanga Research) believed rebound plays in the property sector will be taking a backseat for now in 2018.

With property loan indicators which have been showing continued improvement since the first half of 2017 (1H17) and an improving global and local economy, many analysts anticipate a slight rebound in the depressed property sector for the year ahead.

Kenanga Research, however, remained unoptimistic of a rebound in the sector as the improved loans have not translated to sharp increases of headline sales growth in developers under their radar.

"We believe it is largely due to competition from non-listed developers which are able to roll out a lot of mass housing projects and government affordable housing supplies.

"Thus, as mentioned earlier investors' interests in the sector waned in the 2H17" said the research arm.

Instead Kenanga Research opines that a better indicator of a recovering property market would be the direction of the banking sector's interest rate spread - OPR and average lending rates (AVL).

"Our in-house views that over 2018, there will be two OPR hikes of 25 bps each from the current 3 per cent. A 50-bps increase in AVL will result in a circa 5 to 6 per cent increase in monthly mortgage payments and we think the effects will be felt by the market.

"In addition to cost-push inflationary effects on replacement cost, the OPR hike means that housing affordability might deteriorate slightly unless banks are willing to absorb further margin compressions from lower lending rates.

"It also means that developers are likely to pursue smaller built-ups, which may not be liveable in the long-run while supply in this segment is picking up pace very quickly" explained the research arm.

The OPR hikes would likely translate to flattish or marginal growths in Malaysian residential transaction values which also suggest that the Kuala Lumpur Property Index would be range-bound in terms of performance.

"Thus, we expect the sector's valuation to continue to oscillate around the mean unless there are sharp sector re-ratings.â€

Meanwhile, mass market housing are expected to remain a theme in 2018 as Kenanga Research believes that the government's current stance of reducing luxury developments will bode well for sizeable or reputable developers as they have stronger market research capabilities and are able to draw a wider set of investors to catalyse these projects.

Looking forward, the key excitement for the sector will likely to be merger and acquisition driven given the low valuations while the sector is expected to consolidate further given structural changes.

All things considered, Kenanga Research maintained â€˜neutral' on the property development sector for now, warning investors wanting to take position to be mindful of the 2018 February reporting season where developers reveal their headline targets for the year.

"One may also want to consider taking a longer-term view as share price performances are expected to be largely range-bound this year" added the research arm.