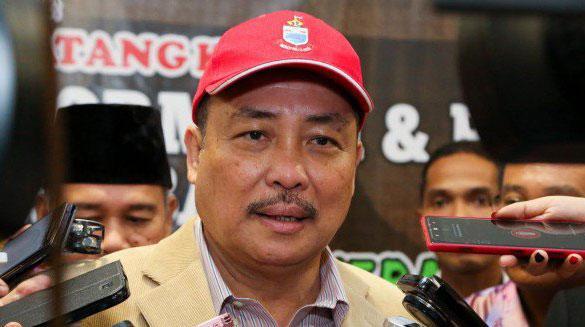 Local developers, especially Bumiputera-owned companies, have been urged to build more affordable houses in the State to enable more people, especially first-timers, to own a house.

Making the call, State Local Government and Housing Minister Datuk Seri Hajiji Noor said he was impressed by the initiative of some young companies in venturing into building affordable housing for the lower-income group. "The willingness of these developers to build affordable houses to cater to the needs of the low-income group is highly commendable," he said at a house key presentation ceremony at Kampung Indai, on Friday 29 December.

"I fully support and encourage these companies so that they will one day grow into big developers.

"I myself was surprised when I was informed about the price of houses offered by these developers," he added.

Hajiji, who is also Sulaman Assemblyman, said the initiative taken by these developers showed their sincerity to help the people.

"The State Government will provide the necessary support and encouragement to these young companies to progress further," he said, adding that it will benefit the people if there are more developers who start their business by not focusing much on gaining profit.

"It is good that they want to help the people, especially first-timers, to own a house," said Hajiji.

Meanwhile, Permata Juta Corporation Chairman Datuk Datu Mohd Fadli Fathullah said to date, his company has completed the construction of three affordable housing projects in the State with a few more expected to be completed soon.

"We use a standard construction system and for each affordable house we built, we only make a profit of a few thousand ringgit.

"The company aims to help more people to own homes at an affordable price," he said.

At the event, Aemme Norakim, the house recipient, was elated to finally own her own house.

"I knew about the affordable housing scheme through friends who posted it on the social media.

"Deciding to take up the scheme, I started to collect the money needed to materialise it," she said.