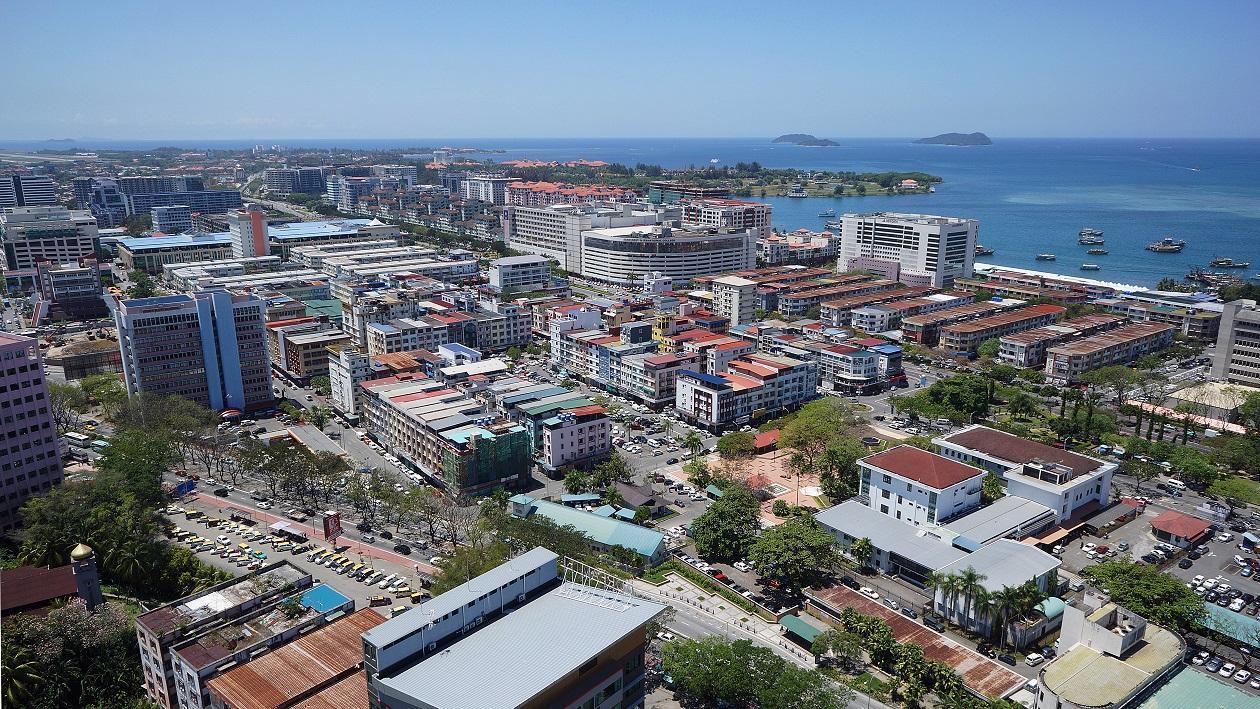 Sabah is expected to record a stronger gross domestic product (GDP) growth rate of between at least 5 and 5.5 percent as the world economy and commodity prices recover.

He also announced that the incidence of poverty in the state was on a downward trend - declining from four 4 percent in 2014 to 2.9 percent last year.

Budget 2018, he said, included allocations for the Pan Borneo Highway, repairs for dilapidated schools, affordable housing and rural infrastructure in Sabah as well as a feasibility study on the construction of a bridge connecting Labuan and the mainland.

"This reflects the level of commitment towards addressing issues regarding regional imbalance, which is the very reason for the establishment of the economic corridors, including the Sabah Development Corridor (SDC)" he said. Musa also noted that RM2.3 billion has been channelled by the federal government for SDC projects under the Ninth, Tenth and Eleventh Malaysia Plan as at November 30, 2017.

A total of RM2.1 billion or 92.6 percent had been disbursed while RM163.75 billion in cumulative investments was recorded since the launch of the SDC of which RM62.82 billion had been realised.

"The emphasis under SDC is very much in line with the agenda of the Sabah government. The development allocation under the State Budget I tabled last month focuses on the development of the economic sector, followed by social and administrative sectors.

"We are committed to continuously strengthen the development of rural areas, agriculture, manufacturing, tourism, human capital and the people's well-being" he said.

Touching on the SDC Blueprint, Musa said it was now mid-way in its implementation cycle of 18 years, scheduled for completion in 2025.

He added that as January 29, 2018 would mark SEDIA's 10th anniversary, it was timely for the authority to take stock of the milestones it has covered, assess where it was now and take cognisance of new challenges, policies and plans.

The Chief Minister also said the SDC Blueprint complemented the Halatuju Agenda of the state government which he introduced in 2003.

"This agenda has now been superseded by the Sabah Leap while at national level, the government is laying the foundation for the TN50 agenda.

"I was informed that SEDIA will carry out a thorough review of the SDC Blueprint and will come up with a revision of the document in the form of SDC Blueprint v.2.0 that will note the changing development challenges, new development parameters and policies of the state and federal governments since the launch of SDC" he said.

Tourism in Sabah, he said, has grown with arrivals last year reaching 3.43 million visitors - the highest ever recorded in Sabah.

"Sabah is poised to be one of the preferred destinations for investment in business, culture and nature in the East Asian region.

"And, the Pan Borneo Highway will enhance connectivity between the various economic clusters under SDC" he said, adding that the SDC Blueprint v.2.0 would identify new economic clusters and zones made possible by this development.

Meanwhile, Musa said it was timely for SEDIA to undertake a thorough evaluation of SDC performance, targets, roles and priorities.

To kick start this review process, he said SEDIA would be organising a 10 Years SDC Carnival in January, 2018 to showcase the various SDC projects involving the government, GLCs and private sector.

He added that there would also be business opportunities and trading platform for investors, SMEs and start-ups, and that one of the key components of the carnival would be the National Economic Corridors Conference that sought to share experiences and chart future direction and strategies for the economic corridors.

"The SDC review is timely in that the World Bank and OECD (Organisation for Economic Co-operation and Development) had recently been more optimistic on global economic growth.

"The OECD in particular is more upbeat and forecasts that the global economy will grow 3.5 per cent this year and 3.6 per cent in 2018, the fastest in six years.

"And, in line with the expected global economic recovery, Malaysia's first quarter GDP growth this year had rebounded strongly to 5.6 per cent" he said.

Musa also said the importance of developing entrepreneurship and SMEs has also been highlighted in both the state and federal Budget for next year.

As such, he said it was absolutely important for SEDIA to continue highlighting investment opportunities both for the bigger investors and for smaller ones including SMEs.

"SEDIA also seeks to promote e-commerce access for local entrepreneurs through the launching of the SDC Entrepreneurs Business Portal, or SDCBiz link.

"The SDCBiz link, will allow SDC investors and entrepreneurs, especially SMEs and start-ups under the SDC Incubator programme to trade seamlessly online.

"As at October 31, there were 203 incubatees under SDC entrepreneurship development programmes, of which 99 have had their fund applications approved" the Chief Minister added.

The Chief Minister presented approval letters for funding worth RM1,666,370.28 to 19 incubatees under the SDC entrepreneurship development programmes and RM586,544.70 for two Accelerator Fund recipients. Another 16 incubatees received RM649,747.56 under the Incubator Fund while 20 entrepreneurs from across the state received RM1,791,605.28.