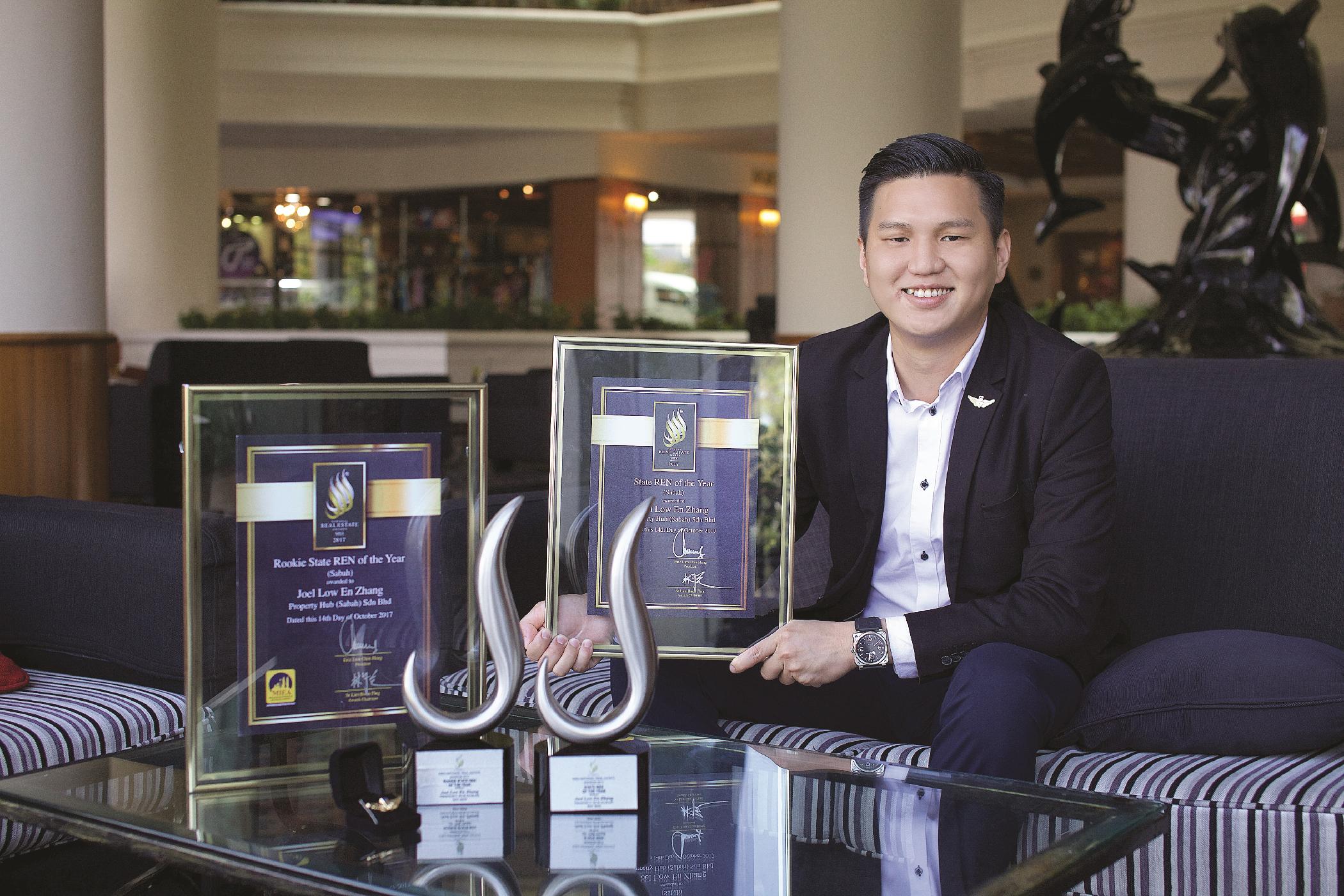 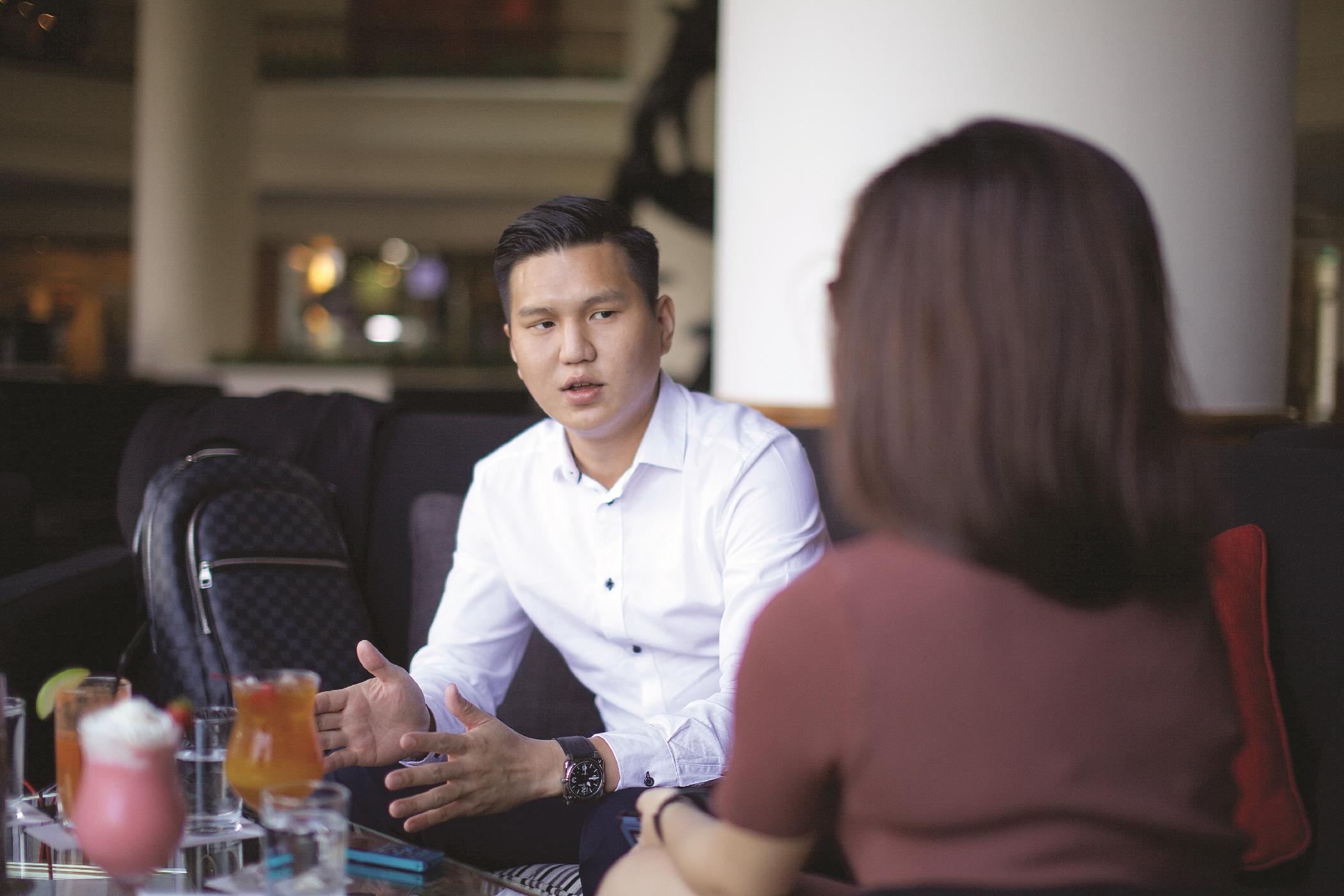 An Interview With the Top Man: Joel Low


Joel Low of Property Hub started off in the event management world doing stand-up comedy shows. The boy from Petaling Jaya found his way to a new home in Kota Kinabalu and started his journey in the real estate industry. Fast forward to 22 October 2017, Joel was awarded Rookie State REN of the Year and State REN of the Year at the National Real Estate Awards 2017 (NREA) organized by the Malaysian Institute of Estate Agents (MIEA). With such accomplishments under his belt, we had to sit and chat with the award-winning negotiator and get some insights.

PH: Hi Joel! Can you share a brief history of your journey, how did you start? It's quite a long journey. The last job I worked was in events. I'm not sure if you know but we organized some stand-up comedy shows and other events. No one actually grows up wanting to be a property agent (laughter). I started in late 2014, so it's coming to 3 years now.

PH: Are you still doing stand-up comedy shows and events? It's only once in a year, whenever our buddies like Douglas (Lim), Harith (Iskander) calls, telling us that there's a show that needs to be organized. Only then will we do it. If not, I'm just dealing with property.

PH: So you're not a stand-up comedian yourself? No, no. I organize. A lot of people get it wrong. I don't do stand-up, I only organize.

PH: It's quite interesting that you started with event organizing but ended up doing real estate. What made you do it? It's a good industry. But event management wasn't making much, companies were cutting budgets and when you have kids and family you've got to find a way.

PH: That's true but do you still do it on the side? No, not really. Just maybe once or twice a year.

PH: Do you remember what it was just like starting-off as a REN? I remember starting sometime when Enoch (Khoo) came back from KL. He did some career talks and I joined out of curiosity. I went to MIEA to do the two-day negotiator course and really gave it a go. It seemed to be simple but lo and behold, the first 10 months I had no deals at all. Even if I closed some sales it was quite stressful and I thought about quitting, but instead ended up borrowing a soft loan from my dad. This was so that I can continue for another 6 months as a full-time REN, unlike the first 10 months which I only did part-time doing both events and property.

A lot of people come to us, asking if they can do part-time, I would say there's no such thing as part-time in this industry. Because if you're doing part-time, your part-time income won't be great. You won't see your career grow. So that's why I took that loan and decided to go full-time.

PH: Did your parents ever told you that maybe it was time to call it quits at that point? Of course they did, they were asking me to think about my family and kids. They said you shouldn't be making risky decisions. I persisted in asking them for a loan and they eventually gave in to me. I'm not sure if you guys know but I'm actually from KL. I've been here for 11 years and I've been away from my family for about 13, 14 years now. I've worked here and there but never once borrowed money from them except for that one time, as having my own family was a very big challenge.

PH: It must've really motivated you. Of course. Who wouldn't get motivated?

PH: Have you received any awards before this? Mostly it was just Property Hub's internal company awards, like Monthly Top Achiever and Top in Sabah awards. Last year I won Top in Sabah. We have 3 branches under Property Hub Malaysia. I managed to come up as the first runner-up among 150 agents all around Malaysia. That was in 2016.

PH: What was your biggest deal you closed and most memorable experience? My biggest deal was RM15.5 million and that was in land. I closed another RM12.3 this year and another RM10.3 last year. But the biggest and happiest moment was when I closed a deal for RM5.4 million and when we signed the letter, the couple not only gave me a bottle of champagne but a Mont Blanc pen. It really made me feel appreciated. It was really a surprised because they actually had someone deliver it to my desk when I was away and I came back to a parcel saying "Maloryâ€ and thought it was lingerie brand. But when I opened it up, there was thank you card from my client and the Mont Blanc box. At first, I thought it was a perfume as I've never seen a RM2,000 pen but when I pulled it out of the box and saw that leather casing, I was going "Ohhh man!â€. That must be one of my happiest moments for me, especially because I didn't expect it at all.

PH: What properties do you specialize in? I specialize in commercial, industrial and land. Whereas in residential, it will be high-end condos and villas.

PH: So for you, is it quantity over quality or quality over quantity? The thing about this industry is people will always say "Quality over quantityâ€ but it's always good to close deals, no matter how small. Having on file that you've closed at least one transaction a month is a good way to keep you going. Whereas closing a few big deals in a year won't really make you feel like you're on point or in the game. You'll eventually reach a point where your work feels empty and you'll end up with no direction in your career. Of course, people can easily label someone as a "good agentâ€ but there is so much more that another agent could be good at, such as selling land at millions, or an agent that specialises only in sea-view condominiums. It's not so much about title or quality over quantity but instead focusing on what you're really good at and sticking with it.

PH: Winning this award, to what do you owe this accomplishment? God, my dad and the loan he gave me, Enoch and his leadership, and this agency I'm in. They position everyone to become winners. And of course, my wife. I would say that there are agents out there who are performing a lot better than me but have not been submitting their report and performance. I would encourage them to submit it to achieve recognition because it looks at everything in-between. It shows how well you handle clients, marketing, deals and closing. So it's definitely not only about closing the most deals in a year.

PH: If you had to pick one? That's really tough. Let me think. It's probably "It's about people. Not business. Focus on the people.â€ Which inspired my motto, "We're negotiators not speculators" which means that we should be focusing on our art and not speculating. The thing that gets me down the most is always hearing others saying, "Market's bad. This is bad. That is bad.â€

PH: What's your goal for the year and the future? I'm planning to start a division that Property Hub has given us as a platform to grow. One of the perks of being a leader is that I am able to create my own team. My division would be focused on a very specific property range and we want to be known for it, so to separate us from other agents and divisions. I'm recruiting. Another goal I would like to achieve next year is having a gross of RM2 million.

The Next Property Trend: Building for Wellness