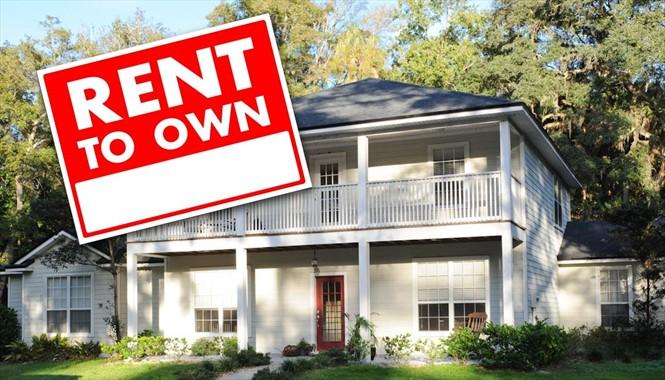 Would You Consider Rent-to-Own?


Would Malaysian homebuyers be receptive to rent-to-own (RTO) schemes? While many of us may not be familiar with the concept of RTO, there is little reason for us not to welcome the idea as long as the benefits outweigh the cons.

The RTO concept basically allows potential buyers to purchase a property by renting for a certain period agreed by the scheme provider and buyer. The buyer could eventually purchase the unit when the rental tenure matures or when he or she is able to secure a mortgage loan.

Interviews with young middle-income city dwellers aged between 23 to early 30s in the Klang Valley who are looking to buy their first home or to upgrade showed that they were generally open to the RTO concept. There were, however, some concerns over the proper implementation of RTO schemes.

New graduate Emilia Mok, who is working as a strategic communications executive in a property development firm, first heard about the RTO concept when she joined the industry.

"This concept is rather common in countries where house prices are exorbitant and unaffordable for most wage earners. But I'm not aware whether there are companies offering such schemes in Malaysia" she tells EdgeProp.my.

Mok, who has worked for one year, is facing problems securing a mortgage due to her entry-level salary.

"Every month, I need to repay around RM350 for my education loan plus monthly expenses such as food, car loan and other essentials. I need some time to build up my finances but I also understand that house prices will continue to rise and it will be more difficult for me to purchase one in the future" she opines.

She says the RTO could be a viable way for newly employed graduates like her to buy a property.

Some may suggest that she purchase a home under affordable housing schemes by the government, but Mok says even those schemes are "unaffordableâ€ for her.

"For example, an apartment with a selling price of RM300,000 needs a 10% down payment of RM30,000. There are also the legal fees. It's quite impossible for me to fork out this amount of cash" she explains.

DJ and producer Wong Sheau Harn and marketing executive Yvonne Yap have read about the RTO concept through media reports.

"I think RTO schemes could be attractive to homebuyers who do not have enough savings for a down payment" says Yap who plans to upgrade to another property in the near future.

Yap purchased an apartment a few years ago but is now planning to buy a landed home, as the apartment is too far from her current workplace. She is looking at units ranging between RM400,000 and RM600,000.

Yap thinks the RTO could assist upgraders who may have problems securing a second loan.

"I will consider this scheme if my loan is rejected by the bank. Through RTO, I could own my dream house and have more time to rebuild my credit score" she adds.

Meanwhile, Wong, who hails from Johor Bahru, has been working in Kuala Lumpur for over seven years. She is currently saving for a home of her own.

"Back in my hometown, some of my father's friends have bought over the units they were renting and staying in the past few decades. The owners wanted to sell and the long-time tenants decided to buy them. So renting and then buying is a good idea.

"If you give me an opportunity, I will definitely consider the RTO scheme if I like the property. Buying a house through this method could help reduce my financial burden in the beginning while allowing me to purchase the property at its current price level in future" she says.

Like Mok, civil servant Iskandar Dzulkarnain, 27, concurs that the RTO could be a good way to purchase a property especially for young graduates who plan to own a property before they turn 30 years old, as well as for middle-income earners.

Iskandar graduated from university five years ago and despite earning close to a middle-income-level salary, he finds that it would be difficult for him to balance his finances if he was to purchase his dream home as it would definitely be above the affordable price range. He has worked and saved for five years and is now looking for a suitable home to buy. He hopes to be able to secure one in the next 12 months.

"I think RTO is a good idea and I will consider buying a house through such a scheme if I'm eligible for it" he says.

Meanwhile, branding executive Nuthany Ganesan and Steve Woon, who is a freelance tour guide and emcee, only learnt about the RTO concept for the first time when approached by EdgeProp.my for their views on it.

Nevertheless, their interest in the concept was raised after a brief introduction on it.

Some concerns Understandably, although all six prospective property buyers interviewed view the RTO concept positively, they do have some concerns about its implementation.

"There may be certain challenges including the formulation of the mechanism and regulations to facilitate the implementation of such schemes" says Iskandar.

He explains that every country has its own culture and different demographic trends, thus the regulations adopted in other countries may not work well here.

For Woon who already owns an apartment and is looking for upgrading opportunities, his main concern about RTO is not only about the mechanism but also the rental rates imposed in such schemes.

"I understand the rental rates under RTO schemes may be higher than the market rate. If the rate is far higher than if I were to buy a house the conventional way from the developer, I might have second thoughts or I could delay my upgrading plans until I have more savings" he opines.

The 32-year-old who had bought a 10-year-old apartment two years ago is already looking for a Small-office Home-office or lifestyle condominium in a prime location, which could offer him myriad facilities as a home office for his future business.

"Currently, I'm able to buy another property but my priority is to expand my personal business and not be tied down by heavy financial commitments. If the RTO could offer me the flexibility in buying my ideal property and not over-stretch my finances, I will consider the offer" he explains.

Woon is also attracted to the fact that the RTO could provide the buyer an opportunity to experience the stay in the selected property or community and allow them more time to consider whether it's the right property for them to stay in or to own.

For 24-year-old Nuthany, owning a house has never been top of her priority as she doesn't want a long-term financial commitment.

"Although I'm not interested in purchasing a property now, I may consider RTO when I want to settle down and have my own house in the future" she says. Besides the lower entry level, like Woon, she is also taken by the RTO concept because of the chance to experience the home environment before she commits to owning the place.

As for Wong and Mok, they are concerned that the properties chosen to be under RTO schemes may be located in less popular areas for homebuyers.

"I have seen some really affordable good-quality properties but I would not choose them because of their locations. It's either too far or too secluded" Wong adds.

"Although the main objectives of owning a property is for our own-stay, the potential of capital appreciation of the property is equally important to me. If the project is located in a less favourable location, I might reserve the cash and wait for the next opportunity" says Mok.