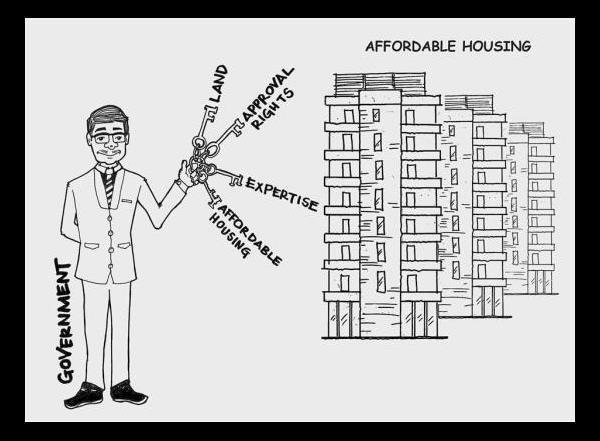 
Datuk Alan Tong has over 50 years of experience in property development. He is also the group chairman of Bukit Kiara Properties. Here, he shares his two cents on the property industry in Malaysia.

The mismatch of housing demand and supply in the midst of population growth is a crucial problem that causes the shortage of affordable housing in our country.

In my last two articles, we have been pondering over our high average persons per household, which is 4.06 person as compared to 2.6 persons in Australia and 3.35 persons in Singapore.

The government is in the best position to address the issue, as they hold the important elements - the land, the approval rights, the expertise to build affordable housing, and also the moral obligation to look after the people that need help.

With this in mind, we can look at ways to expedite housing supply, and how the government can capitalize on its resources to do so.

As many are aware, high land cost nowadays is a major factor for rising house prices. With ample land resources, only the government can free up land in appropriate locations, convert agriculture land for housing purpose or purchase land for affordable housing.

The government has land in both prime and rural areas. The act of acquiring agriculture land and turning them into housing developments is not a new move. It has been the right approach adopted by many countries including Malaysia.

Acquiring agriculture land for public development has been practiced since the 1970s when I served as the Selangor state executive councillor. For example, large tracts of rubber plantation land in Shah Alam and Bangi were acquired by the state government at very low prices of around RM10,000 per acre to create these new townships in the early 70s. Today, these areas have blossomed into mature housing areas and provide roofs over the heads for hundreds of thousands of people.

In addition to land resources, the government can expedite approval processes of housing projects by cutting down the process and time involved, and finding scale efficiencies for its housing projects. This will eventually lower overall development costs.

With land resources and fast approvals in place, it is crucial for the government to engage the right persons to achieve the mission. In Hong Kong and Singapore, the workforce in public housing industry has decades of experience. They are so competent that the private sector can hardly match them in the areas of low cost or affordable housing.

When we look at the success of Singapore and Hong Kong, we notice that only the government holds the key to achieve the affordable housing target. In Singapore, prior to the formation of the Housing and Development Board (HDB) in 1960, less than 9% of Singaporeans stayed in government housing. Today, HDB has built over one million flats and houses, and houses 90% of Singaporeans in their properties.

Learning from its experience, having a single authority, such as the HDB, to control and deal with all housing agencies and various state economic development corporations, can be a solution to ensure the national housing goals are achieved.

It was reported that Bank Negara has called for the setting up of a central authority to lead and coordinate affordable housing initiatives on more than one occasion.

Under the 11th Malaysia Plan, our government targets to provide 606,000 new affordable houses from 2016 to 2020. That is a good move but not without a challenge.

Let's look at the result that we have achieved thus far. According to a recent news article, PR1MA scheme was set up in 2011 to build 500,000 affordable homes by 2018 initially. However, the agency had revised their target down to 210,000. To date, only 4% of the revised target is met.

The underlying problem for this issue is land scarcity. PR1MA would need about 12,500 acres for its initial plan of 500,000 units. However, it only ended up getting 108 acres, of which only 39 acres were suitable for development, and hence it fell short of its target.

To address such a situation, setting up a central authority for affordable housing would be able to coordinate with respective government departments and agencies on land supply, and offer ample funding for PR1MA to acquire land.

This can help to prevent from venturing into the high-end segment in order to cross-subsidize affordable housing.

Other than the above, a central authority can also set up an integrated system to match demand and supply, by gathering all the interests for affordable housing in a single database for better allocation of houses in the future.

As mentioned earlier in the article, the government holds the key to the success of housing the nation. With the right approach to consolidate and allocate resources under a central authority, the people will be able to realize their housing dreams sooner.