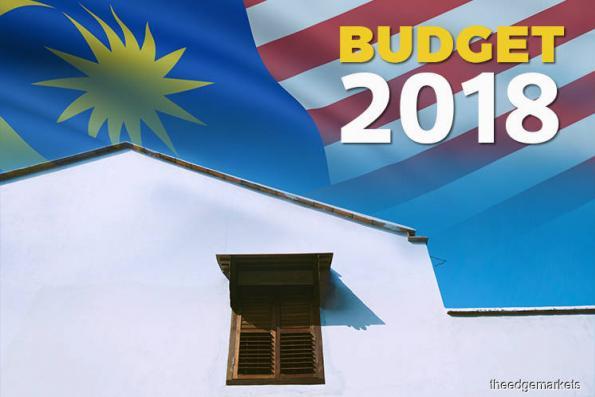 Housing-related measures in Budget 2018 were largely within expectations barring a few surprises. One of them was the proposed extension of step-up financing - first introduced by the 1Malaysia People's Housing (PR1MA) scheme - to private sector developers.

In essence, PR1MA's step-up financing entails lower monthly instalments for first-time buyers under the scheme for the first five years. It also includes withdrawal of funds from Account 2 of buyers' Employees Provident Fund savings for PR1MA mortgage purposes up to retirement or end of tenure.

Private developers, via the Real Estate and Housing Developers' Association (Rehda), among others, have been calling for the scheme to be widened to the private sector's affordable home offerings as a way to bridge the affordability gap for first-time buyers.

To ensure its effectiveness in aiding the targeted segment of Malaysians, though, the government is expected to work closely with private sector developers to prevent potential abuses, says Foo Gee Jen, managing director of property consultancy CBRE-WTW.

"To me, this has to be done with a central depository system (CDS) to track homeownership to make sure it benefits only first-time homebuyers, for example. The CDS, I believe, is still a work in progress" says Foo.

On the flip side, however, it is unclear how much impact this measure may have on private sector developers.

While such a scheme may offer an additional lifeline at a time when many are struggling with sales, it ultimately comes down to a choice between sales and margins - the reality is that margins are much thinner in affordable properties in general, says Sarah Lim, head of equity research at Kenanga Investment Bank.

More clarity may arise when the criteria for the scheme are made clear by the government.

"Whether it is positive for listed property developers under our coverage would depend on the criteria set, so it's something to watch. I don't think the criteria will be very different from PR1MA, for example, with pricing set at RM450,000 and below, depending on location" says Lim.

In any case, she does not expect the measure to power a drastic turnaround in the property sector but concedes that it may help make the recovery process more manageable for some developers who have affordable property offerings in their product mix.

"Developers who are already primarily in the affordable homes category may benefit, although we are cognisant of increasing competition from government housing supply" adds Lim.

That said, Sarkunan Subramaniam, managing director of Knight Frank Malaysia, thinks more details are needed on how the scheme works for private developers. He suggests that a taxation-based approach may be more effective.

More tax relief on rental income Another surprise in the federal budget announcement last Friday was a proposed 50% tax exemption on rental income received by resident individuals not exceeding RM2,000 a month, effective 2018 to 2020.

According to official documents, the proposed tax exemption is conditional on rental income received not exceeding RM2,000 per residential home. The rental arrangement must also be under a legal tenancy agreement.

It may kill two birds with one stone, says Foo of CBRE-WTW. On the one hand, people in the higher-income tax bracket may be encouraged to buy more investment properties to rent out, which in turn could help ease pressure from unsold and overhang units in the market.

"At the same time, the [cap at RM2,000 monthly rental] will benefit the M40 at that price level. Having more rental properties in the market will ease the pressure on the M40 [by giving them more flexibility on] whether to buy or rent, as opposed to just feeling pressured to buy a home" says Foo, referring to the middle 40% of Malaysia's households with a monthly income of between RM3,860 and RM8,319.

However, Koh of Nawawi Tie Leung feels the measure may not be necessary.

"In the rental market, there is plenty of supply; it's just a matter of pricing. Why do you need to subsidise those who can afford to buy properties?â€ he remarks. "The property market is so hot because there is too much money chasing up property prices.â€