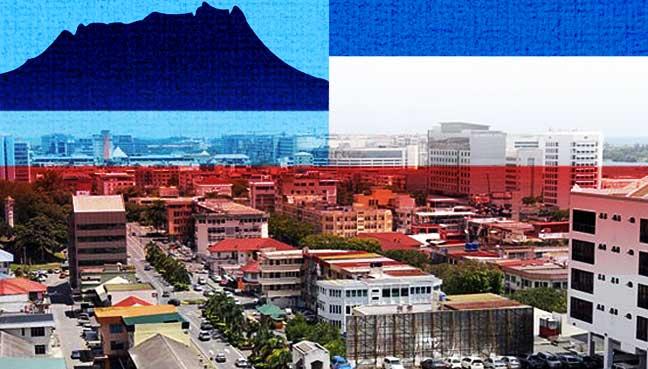 The Prime Minister said among others, it had helped in registering a stunning reduction in hardcore poverty in the country from 3.8pc in 2009 to just 0.4pc last year.

In his blog entry in the run-up to the tabling of the 2018 Budget, Najib shared the tribulations faced by his administration in tackling the Malaysian economic challenges since taking over the helm of national administration in 2009.

These included the 20-percent drop in exports, the economy shrank 6.2 percent, the low wages that failed to compete with inflation, high poverty rate, the disparity in income, frequent increases in the toll rates, poor public transportation and the rampant crony capitalism.

The lower-income group was also not excluded from enjoying the spillover in the increased national economy.

At the same time, the cost of living issues hit those on low incomes the hardest, and this was why the government distributed RM5.36 billion in 1Malaysia People's Aid, or BR1M, to 7.28 million households in 2016, and the government also introduced the minimum wage, Najib said.

Najib also hit out at a former leader who described BR1M as an abuse of government funds.

"It is frankly cruel-hearted for anyone in the opposition to talk of taking away a programme that is designed to help ease the burden of millions.

" Everything we have done has been for the good of the people. And that includes taking many tough but necessary decisions that were not always popular," he added.

He also said that funds from 1Malaysia Development Berhad (1MDB) were used to solve issues from the "lopsided power agreements" signed by a former leader.

"When 1MDB entered the industry, it was the lowest bidder in all its agreements, saving Malaysia RM200 billion over the next 20 years.

"One research house's report about the revised power agreements was simply titled 'No more sweetheart deals'," he said adding that revenue from the goods and services tax was not used to pay 1MDB debts.

He said 1MDB had played a role in improving eight military bases, which past governments had failed to execute.

He also said 1MDB had funded thousands of scholarships and haj trips for pilgrims.

"Now, it is true that 1MDB has had its share of problems, but we long ago revamped the management to correct mistakes and bring it back to financial health," he said.

Najib said 1MDB will make a profit to the benefit of the people through its Bandar Malaysia project.

"When the Bandar Malaysia project agreement is signed, you can expect 1MDB to make a decent profit that will more than recover its losses.

"And the lie that the people have had to pay for 1MDB's decisions will be put to bed once and for all, as after the rationalisation programme is completed, it is very likely that 1MDB will have made a profit for the people - not to mention all the corporate social responsibility work it has done over the years," he added.

1MDB subsidiary Edra had acquired power plants in Malaysia, Egypt, Pakistan, the United Arab Emirates and Bangladesh between 2012 and 2013, which reportedly cost about RM12 billion.

After not receiving a response from the IPO (initial public offering) in 2015, Edra was sold to the China General Nuclear Power Corp (CGN Group) for RM9.83 billion.