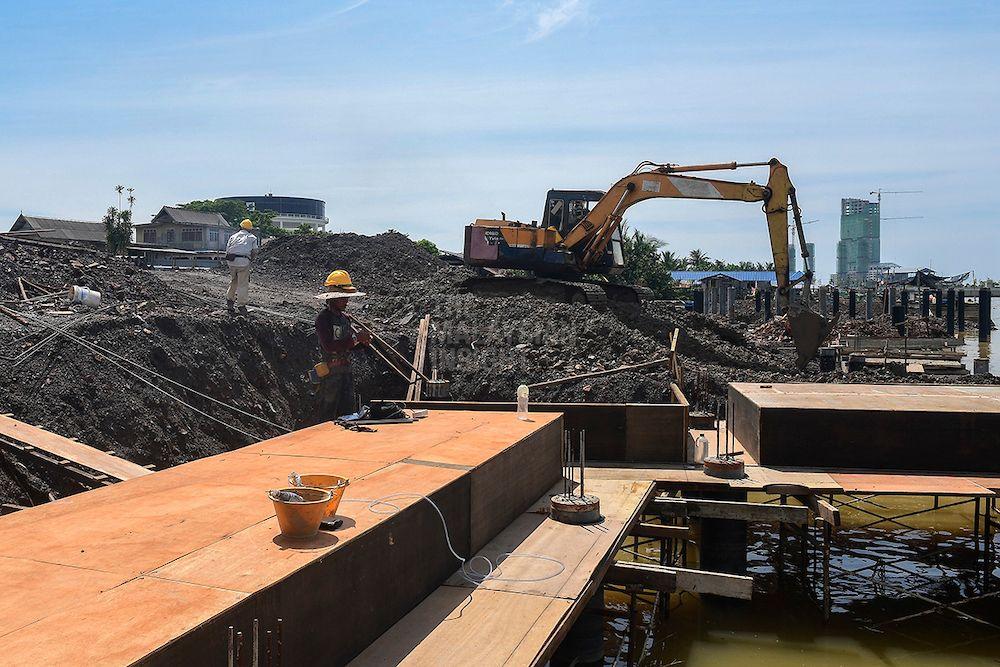 If You Want Affordable Homes, Then Help Us, Say Developers


Developers want more help from the government through Budget 2018 to build more affordable homes, as construction costs are hobbling their ability to provide such housing.

The lack of affordable housing will be a major issue in the next general election and Prime Minister Najib Razak is expected to announce more measures to address this problem in the budget, which is being tabled on Friday.

Real Estate and Housing Developers' Association Malaysia (REHDA) told The Malaysian Insight that it had a 10-point wish list for Budget 2018.

But a major proposal, which is supported by an independent economist, is that the government shift the duty of building affordable homes from developers to a centralised agency.

According to Bank Negara, there is currently a shortage of 960,000 units of affordable housing in Malaysia, with the number expected to reach one million units by 2020.

Perbadanan PR1MA Malaysia, a government body tasked with building affordable homes, is only able to deliver 132,352 units nationwide by 2020, according to a news report earlier this year.

Currently, developers are told that out of all the homes they build, 30% must be low-cost homes.

"Developers should be relieved from the role of providing low-cost housing and the role should revert to the government through one centralised body with a statutory power to build such houses" Rehda said.

This idea is backed by Alliance Bank's chief economist Manokaran Mottain, who said the various agencies should be combined into a single federal authority to deal with affordable housing.

"The single entity can be more strategic and coordinated in advancing the affordable housing agenda. It can also work with housing developers.

"The entity would also be able to negotiate with each state on land to be released for affordable housing" Mottain said.

He said land could be given to developers at lower prices with the stipulation that the affordable housing cannot exceed a certain price.

This would help address the high demand but low supply for such homes, Mottain said.

In its 2015 annual report, Bank Negara said the market lacked affordable houses below RM250,000, while there was a glut of homes priced at RM500,000 and above.

If developers are still going to be required to build low-cost and affordable homes, said Rehda, the construction materials used should be exempted from the goods and services tax (GST).

Among Rehda's other proposals are for state-owned land to be set aside for affordable housing.

The association also requested that developers be able to fill the current 30% low-cost housing quota with affordable homes.

This is since currently, developers cross-subsidise the cost of building low-cost units from the sale of higher priced houses.

"The increase in construction costs has made the cross-subsidisation model for provision of low-cost units unsustainable" said a Rehda spokesman.

"Cross-subsidies for low-cost units have gone up significantly and this is shouldered by buyers of other segments within a project, pushing prices up further" said REHDA

The association said there have been cases of first-time home buyers whose loan applications were rejected.

However, Bank Negara in its newly created website on housing showed that loan approvals in major cities hover around 70% or slightly higher.

The central bank said it will not loosen its mortgage lending policy but had called on the property industry to boost efforts to cut costs and increase supply of affordable housing.

On its own part, REHDA had proposed a home ownership assistance programme (HOAP) to the Urban Wellbeing, Housing and Local Government Ministry to help first-time home owners.

The idea calls for the interest on mortgage to be disbursed into the price of the home while the property is being built.

"The main objective is to assist buyers at the early stage of their purchase while easing the burden of having to pay rent and the loan interest during the construction period" it said.

HOAP would be for houses priced at RM500,000 and below, including interest payments, and for those with household incomes of not more than RM10,000.

Other ideas to bring down home prices include exempting all stamp duty for houses below RM300,000 for first-time buyers and reverting to the old legal fee structure for properties priced up to RM500,000.

"This will mitigate the increased cost of home ownership as well as go a long way in assisting the target groups, especially those just entering the workforce.â€