He said the WiFi service would enhance the city's competitiveness and promote tourism development.

In addition, Lui said the facility would spur our digital economy, increase productivity which in turn, attract more foreign investors.

"KK City WiFi will improve the quality of life for city folks.

"The service will elevate Kota Kinabalu into a smart, highly liveable, business and tourist-friendly city" he said in a press statement.

Lui said having a stable and high-speed broadband service had been the dream of Kota Kinabalu city.

He hoped the relevant departments would continue to improve the Internet service here, particularly in terms of speed, stability and affordability, as well as to expand the coverage to more locations.

This will be the country's first Free Seamless Wifi open to the public where one does not need to reconnect when moving around in the coverage area. Kota Kinabalu is the first to have implemented this technology in Malaysia which enable users to be on the go and still be connected to the public Wifi. The service is still being improved and will also extend from Imago Shopping Mall to Tanjung Lipat area.

On another note, Lui concurred with the remarks made by Chief Minister Tan Sri Musa Haji Aman on the importance of cooperation between the state and federal governments to enable more developments to be implemented that benefited the people.

He also urged the Chinese business community to make good use of the free WiFi service and seize the opportunities in e-commerce. 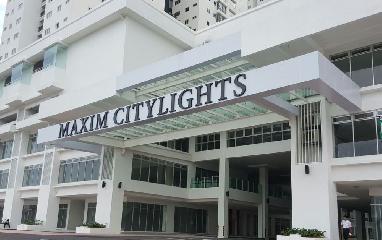