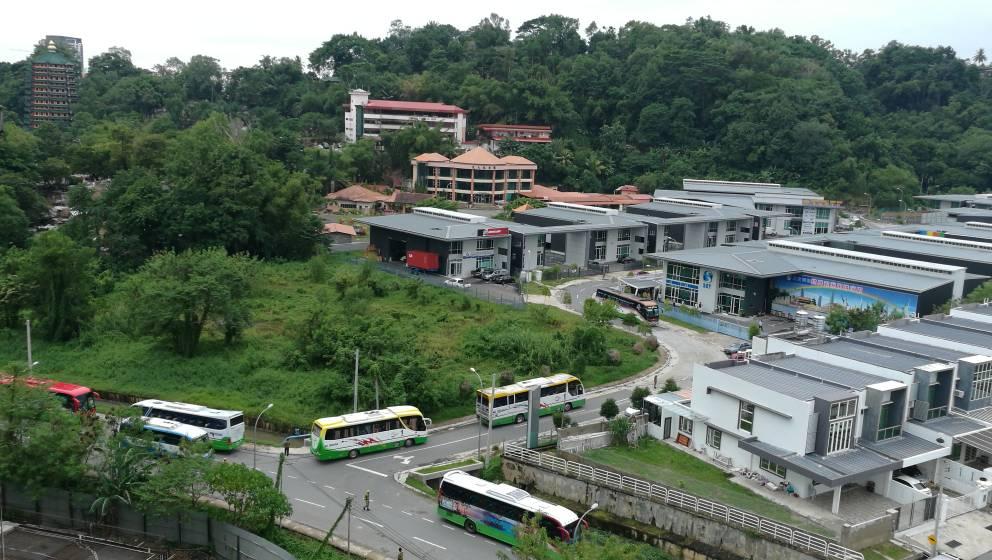 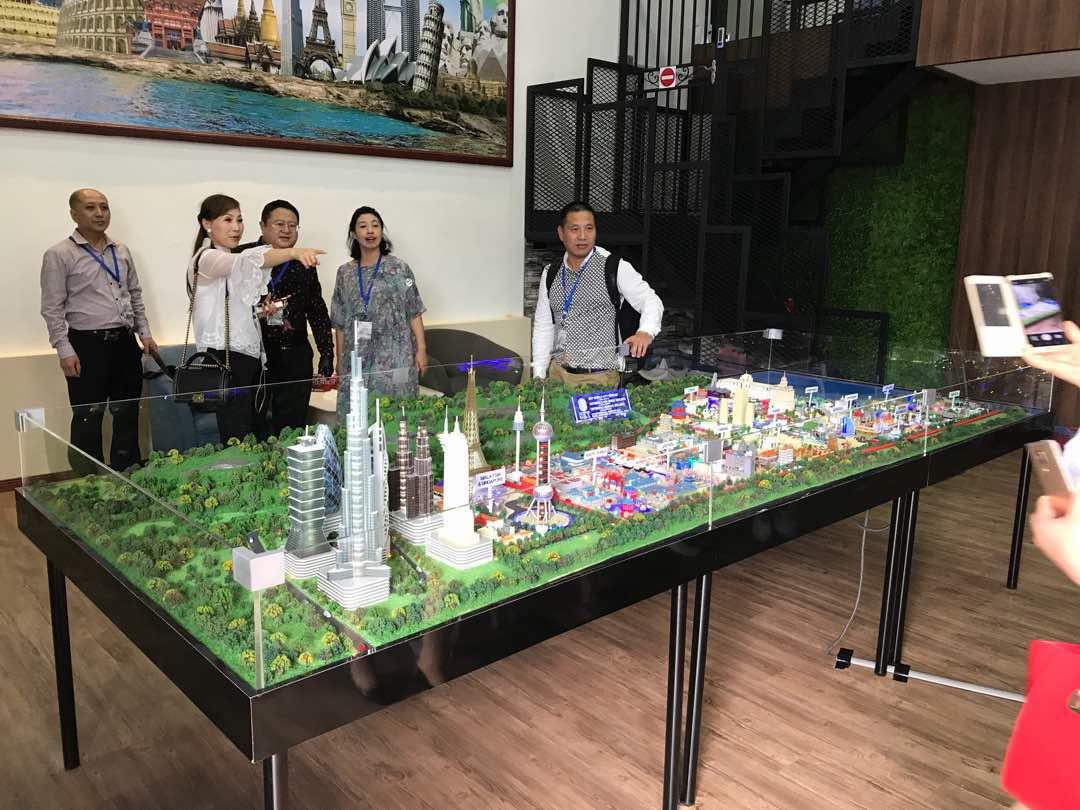 Investors were promised a certain return from a scheme introduced by Skyworld Holdings Sdn Bhd who claimed to be the developer of over 404.6ha of the 1,351ha mega-development project in Sepanggar.

Strangely, according to their master plan, the iconic lookalikes the developer plans to build are residential units instead of office towers, said a source.

Some have reported that this development is a scam intended for the Chinese market, preying on those who are fond of Sabah. No action has been taken yet by the authorities despite various reports of the dubious ponzi scheme. We will be updating this page as the story unfolds.

A real estate showroom was raided and a 43-year-old man was arrested as part of investigations into a property investment syndicate targeting China, Hong Kong and Taiwanese nationals.

Sabah Police Commissioner Datuk Ramli Din said the suspect, who was arrested on Tuesday (17 October), from Kedah has a record for gang robbery and kidnapping.

Assistant Minister to the Chief Minister Datuk Edward Yong Oui Fah has reiterated that the Kota Kinabalu City Hall (DBKK) had not received the application for a large-scale commercial project that had gone viral on social media. More than 1,000 China investors were reported to have inspected the commercial project.

The Chinese Consulate has published a notice on its website advising its nationals to remain vigilant and avoid falling victims to scams. Relevant authorities have been urged to look into the purported large-scale property development project which involved many China investors.

The Federation of Chinese Associations Sabah (FCAS) has called on the local authorities to be more â€˜diligent and proactive' in safeguarding Sabah from unscrupulous individuals or syndicates who are preying on unsuspecting foreign investors using dubious development projects.

FCAS President Tan Sri T.C Goh said that FCAS would do its part to bring the matter to the attention of the office of the Consul-General of the People's Republic of China to prevent the Chinese investors from being taken for a ride.

Luxurious gala dinner event allegedly hosted by the company Skyworld, intended to buy the investors' confidences. The event was held at a 5-star resort and saw an immaculate number of attendance of avid Chinese investors.

Land and Survey Department Director Datuk Safar Untong said two enforcement teams were dispatched to the scene on Sunday (8 October) to stop the illegal earthworks. Upon inspection in mid-August, the contractors had stopped work as DBKK has compounded the company involved.

Action will be taken on the company or companies involved, especially those large-scale illegal earthwork activities that raised public concern.

SHAREDA's President Chew Sang Hai said investors would be buying the shares instead of the actual properties. He fears the scheme will go bust and it will not only cause so many investors to feel cheated but also tarnish the reputation of genuine property promotions.

City Hall's Department of City Planning has confirmed the existence of a company, known as Skyworld Holdings Sdn Bhd, promoting a non-existent property development in Karambunai as revealed by SHAREDA.

DBKK discovered that there was no record of application or approval of the development plan by DBKK about the proposed project advertised by the company.

Developers in Sabah raised the alarm over a group comprising foreign and local agents offering shares of a local company allegedly involved in the development of the RM9.6 billion Karambunai Integrated Resort.

Authorities have been informed of the activities, but SHAREDA wants the federal government to review the Housing Development Act and the Multimedia and Communications Act to provide stricter control over the digital media promotions.

In a press conference conducted by SHAREDA members on 30 August, SHAREDA President Mr Chew Sang Hai raised his concerned on the unauthorised development, believed to be beside the naval base in Sepanggar, 20km from the state capital.

Its development involves the construction of a water theme park, water spectacles, a fountain, a cable car, a mangrove research centre, a harbour cruise, a spa village and resort.