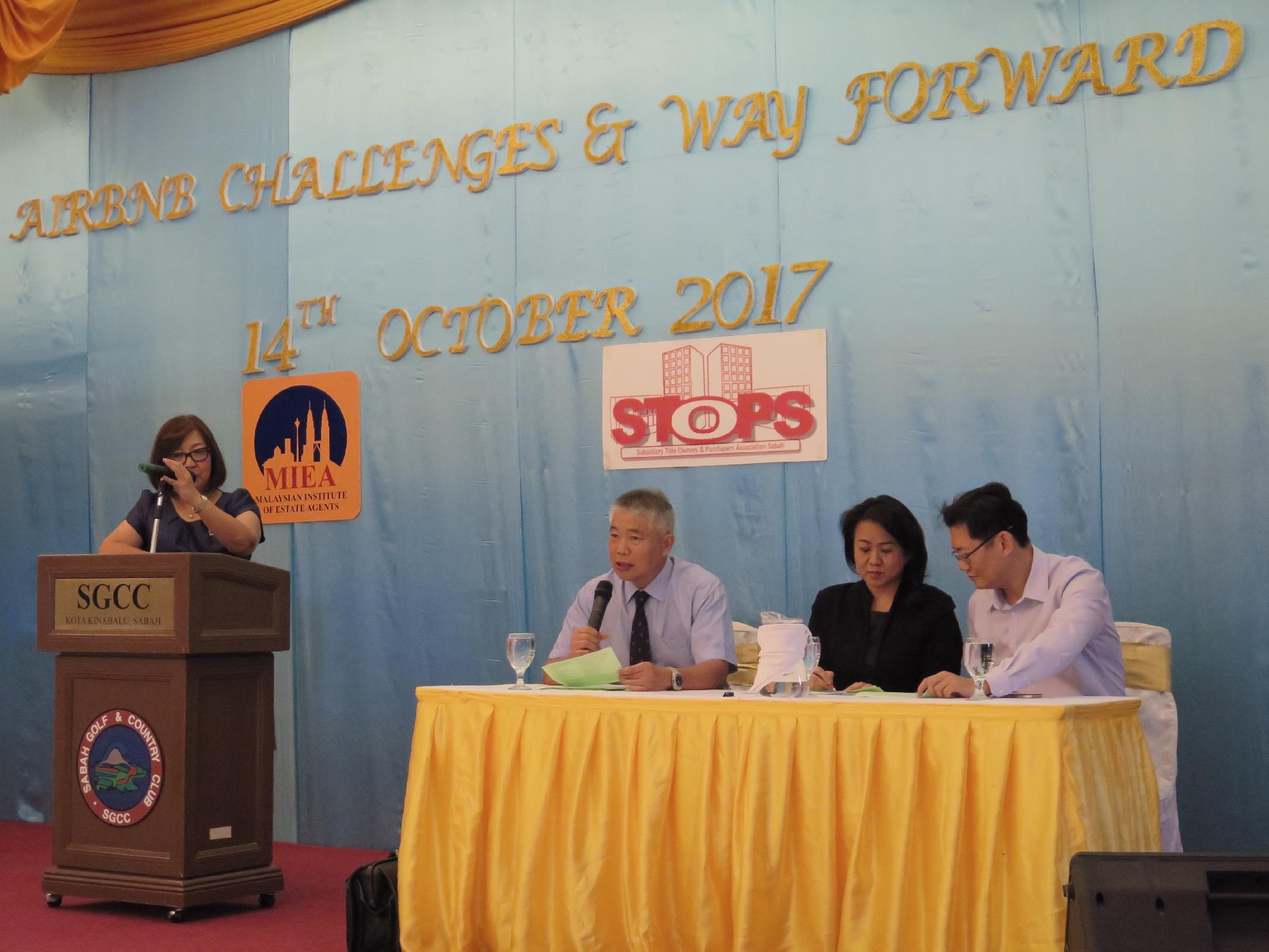 
Airbnb is merely an online hospitality platform. Potential and existing Airbnb operators have been urged to be smart and do their homework by reviewing their respective local laws before putting up their properties on the site.

As most people are aware of, Airbnb is yet to be legalized in Sabah. Sabah Law Society lawyer, Christopher Chin, and DBKK have confirmed that it is against the law for Sabahans to lease their properties on Airbnb, as it does not fall under the Hotels and Lodging Houses By-Laws 1966.

Delivering his talk on the legal matters of Airbnb at the Airbnb: Challenges and the Way Forward seminar in Sabah Golf and Country Club (SGCC) on Saturday, 14 October, Chin said "When you lease your property on Airbnb, Airbnb will assume that you have done your homework and that you have established that Airbnb's operations are legal in Kota Kinabaluâ€, before adding that Airbnb's contractual responsibilities work in a way that the burden to ensure that Airbnb is actually legal in one's State/country lies on the operator themselves.

To date, Airbnb is banned in several cities, namely Singapore, Paris, Barcelona, Berlin, Amsterdam and even London. New York, however, is believed to have taken a different approach in legalizing Airbnb in the State.

Chin explained that the method of the service was by way of license and not tenancy, adding that this allowed the owner of the property to enter and access the premises as and when he or she wanted.

Airbnb is considered a commercial activity as it is a short-term rental of a property whereby the guests have no right to the exclusive possession of the premises or land. Additionally, he said Airbnb provides housekeeping services and is subjected to the Innkeepers' Ordinance.

"For a building to qualify for Airbnb it must be designed for commercial use under the Development Plan (DP)" he said, adding that Bomba's fire safety requirements must be met.

"The land use on the document of title must consist of commercial elements" he said, adding that purchaser should be made aware of the building for commercial use.

Chin said one of the popular Airbnb locations is Riverson, which a commercial building is built on a land with the commercial title.

Another unique example is Bay 21, a development along Tanjung Lipat, Likas. The first eight floors are meant for commercial use while the ninth floor onwards are intended for residential purposes. He said the first eight floors have their own access to the car park, lobby and lifts that reach specific floors of the commercial units via a pass card.

He commented that the Airbnb activities must be approved or consented to by all purchasers, stakeholders, residents and Management Corporation if any.

When asked whether local Airbnb operators were given the chance to weigh in their thoughts on the proposed guidelines, Sally said it was not possible for the DBKK to do so just yet.

"We have conducted two meetings so far. During the second meeting, we invited all the professional bodies, hotel associations, STOPS and SHAREDAâ€, said Sally.

It is understood that a group of local Airbnb operators had even made a courtesy call to Mayor Datuk Yeo Boon Hai on the said matter and the legalization of Airbnb looks promising for Sabah residences.

The drat for the proposed guidelines is expected to be handed to DBKK sometime next week for further discussions.

The seminar was jointly organized by the Malaysian Institute of Estate Agents (MIEA) and Subsidiary Title Owners and Purchasers Association Sabah (STOPS).