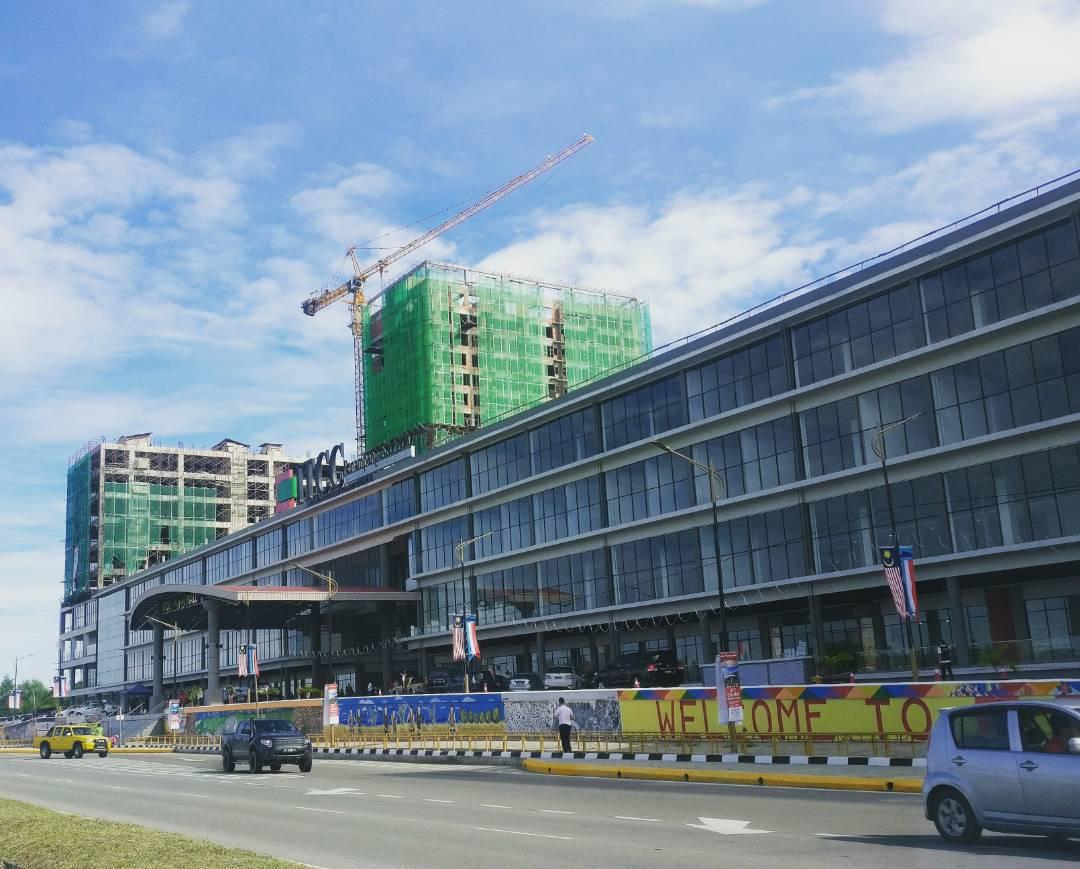 ITCC, First Mall to Include Chapel for Shoppers

Sabah has taken the lead again as a role model state for religious harmony by having the first shopping mall to include a chapel for those of the Christian faith, in addition to a surau for the Muslim faithful.

"I believe it is the only mall so far to include a chapel for Christians of all denominations," said Mandela Malakun, the Group General Manager.

Located along the highway of Jalan Pintas Penampang, it is a conspicuous high-end hub if one travels from Kota Kinabalu to Donggongon.

He said his dad, Datuk Clarence Bongkos Malakun and mum, were always thinking of the community in the district.

Since Penampang is majority Christian, why not build a place of worship where shoppers can spend time for their religious activities or for some quietness at any time of the day during opening hours.

Mandela said there is a Surau also available on the same floor (which is part of the authorities' requirement).

"Residents of Penampang can come to make a personal prayer or group prayers at any time during the operational hours of the mall, at no charge at the moment.

"We will be coming up with certain schedules to accommodate all the Christian denominations interested to use our place," he said.

During a brief tour, Mandela showed some of the designs of decoration which he credited to his dad.

Dubbed the pride of Penampang, Mandela believes in the long run, ITCC would become a place of meeting for the young and old, bringing family ties closer, a place to discover new encounters especially for the new generations where Information Technology is part of their daily life.

"When our Science & Technology Centre is completed, we will provide for the 'incubators' allowing young creative and innovative minds to come and realise and expand what they have in mind in the venue.

"This will be a place of discovery for any kind of invention," he said. "Soon Penampang would be filled with entrepreneurs in the field of ICT."

One of the residents, when asked, said she was happy that a modern shopping mall is new in the district.

"No doubt it creates job opportunities for the people and the community nearby, which is a good thing for the locals.

"I believe it will retain more locals to stay back instead of searching for opportunities elsewhere like in the national capital or other states, or even Singapore.

"Many job seekers are now having an apt background in information technology as this is the era where ICT is mostly applied, and ITCC is providing such avenue and job opportunities," she said.

Penampang may soon be on course to become a city, or even as some have suggested before, a new enclave called KK South just like Kuching with two Mayors.