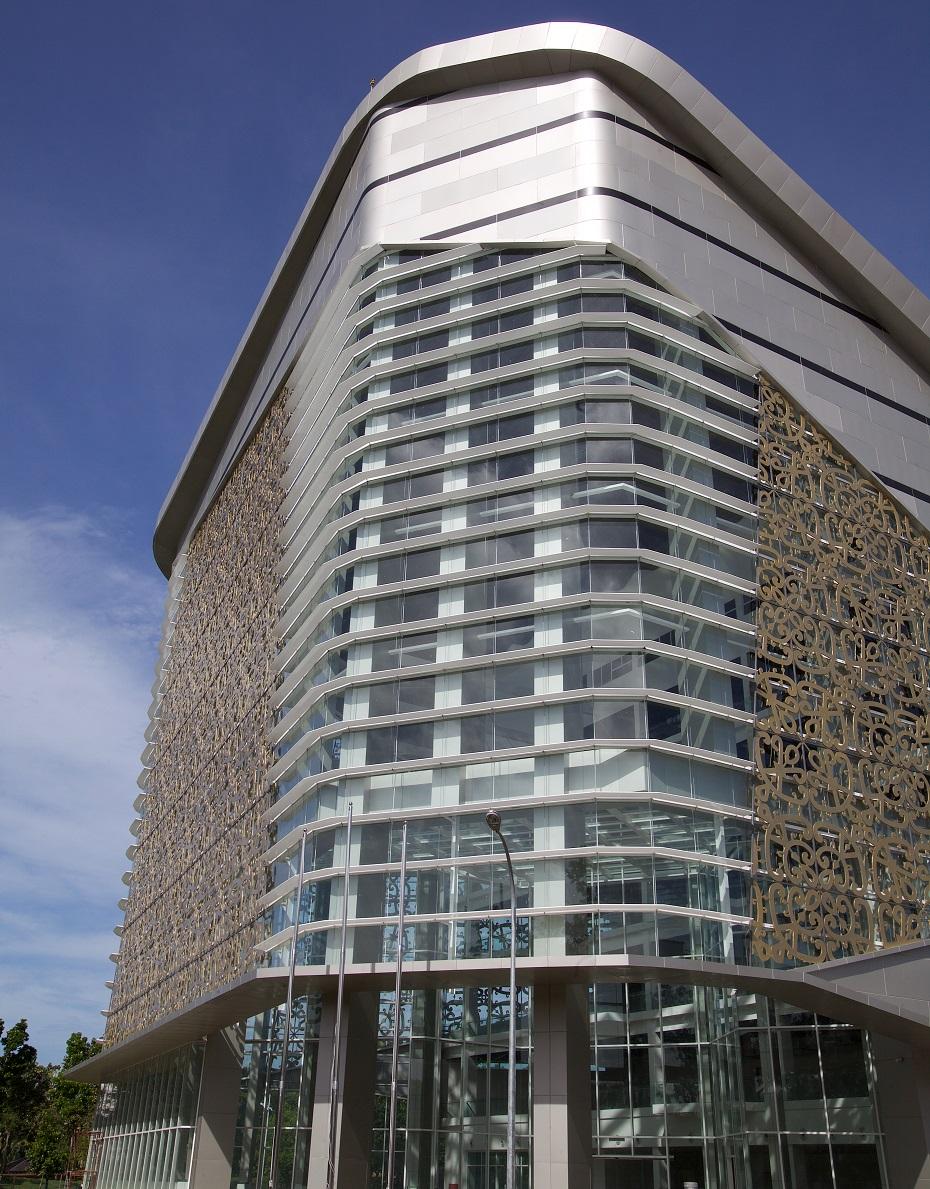 
THE new RM40 million Sabah state library next to Perdana Park in Tanjung Aru, Kota Kinabalu, has been completed and will open early next year.

Spanning 62,000 sq ft, the six-storey library will replace the library in the city centre which has been demolished after it was declared unsafe.

Among the features of the library are an innovation centre, telecommunication museum (created in partnership with Telekom Malaysia) and a section for users to share their creative ideas.

The library was designed by Innotech Design Architects Sdn Bhd.

The firm won the job with its "flipping bookâ€ design for the building during a conceptual design competition.

It also incorporated the motifs of Sabah's ethnic communities in the design.

According to the firm's architect, Robert Chin, besides the aesthetic value, the motif at the outer layer of the building was designed to prevent heat from entering the atrium.

The library could be classified as a "greenâ€ building, he said.

"Due to budget constraints, we were not able to comply with the minimum requirements for a green-certified building.

"However, several green initiatives were taken to make the building eco-friendly.â€

Rainwater harvesting, light emitting diode lamps, natural ventilation and natural lighting in the washrooms and atrium are among the green features of the building.