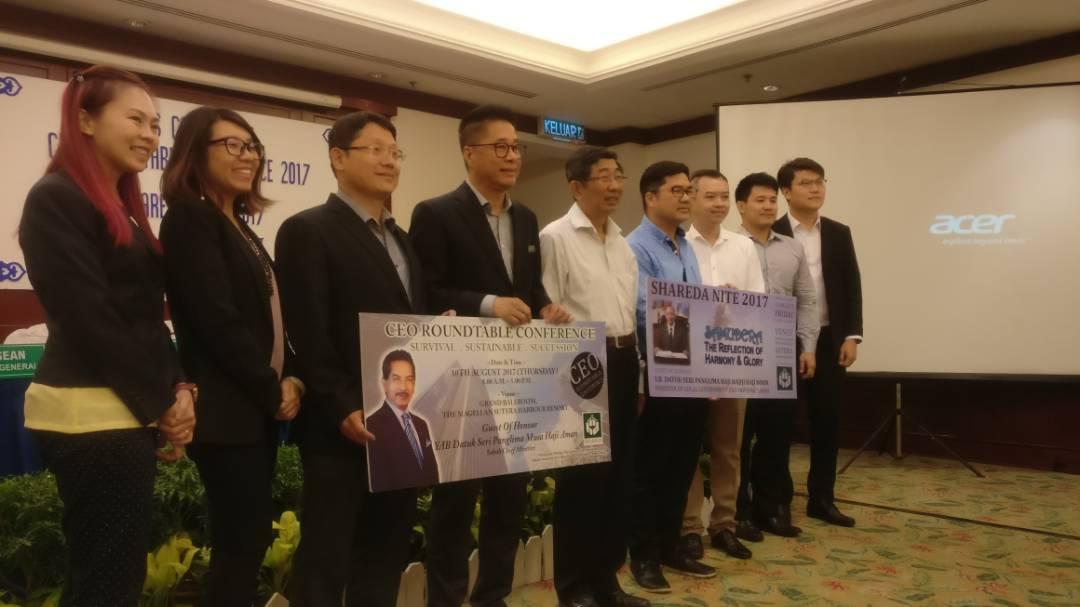 In a recent news article published today, the director of State Property Assessment and Services, Syed Anuar Syed Norddin, stated that the real estate and landed property sector in Sabah was quite unique as its value grows so fast.

It seems there is some sort of a misunderstanding, as it is believed that the implausible value of real estates and landed properties in Sabah was the second highest in the country last year due to the openness of the state to foreign investors such as those from Taiwan and China who have large capital, causing land prices for all categories to be higher than in other regions.

Chaired by SHAREDA's President, Mr Chew Sang Hai, the SHAREDA Council board held a press conference at Magellan Sutera Harbour to address this matter to the members of the public.

Chew, dispelled the statement and stated that the foreign investment is insignificant and does not contribute to the soaring property prices in Sabah. Research shows that out of the total property transaction made throughout the whole of Malaysia, only 2-3% of it came from foreign investors, with 1% being invested in Iskandar, Johor Bahru and 0.2% in Sabah.

"What this means is that, out of 1,000 transactions made in Sabah, only 2 are foreign purchases. 95% of the remaining investors are surprisingly not from China, they're from Brunei", said Chew.

Chew also took the opportunity to dictate that over the last 5 years, only 300 foreigners applied for the Malaysia My Second Home (MM2H) Scheme. This means that on average, there are only 50-60 applicants per year in the whole of Sabah".

The Sabah property market is driven by local demands, not foreign investments. SHAREDA has urged and encouraged the State government to open up overhang properties to foreigners. According to an NAPIC report, at least 50% of properties are overhung post completion.

"SHAREDA is here to exploit the means and measures to help overcome the 50% overhang properties, especially high-end properties," added Chew.

Ben Kong, SHAREDA Council Member and Managing Director of Riverson Corporation Sdn Bhd, said there are many misconceptions fed to the public and members of the media.

"We would like to clarify that the statement made in the article is baseless because the facts listed are totally different. The value of properties is expensive here because more than 90% of our materials are imported materials. Sadly, we don't produce our own materials. Our steel and cement are mainly imported from West Malaysia", said Ben.

It is also believed that Sabah doesn't have good infrastructure, compelling most of the developers to do public infrastructures beyond their own development sites, which includes and not limited to improving main roads, upgrade water pipe systems, public drainage and more.

In short, no developer would increase their property development prices unnecessarily in this sluggish economy. Developers are also facing dilemmas as they would need to comply with conducting earthquake resistance tests before starting their project development.

"To compare an apple for an apple, if you take a development project in Mont Kiara and compare it with a development here in Sabah, we can say that the development cost here is 15-20% higher, yes, but that's because we (the developers) have a higher capital contribution and in Sabah, we don't control commodities", said Ben.

There are a lot of factors that are beyond a developer's control. Ben commented that developers are bounded by certain restrictions and would not mark up a property price without a justifiable reason.