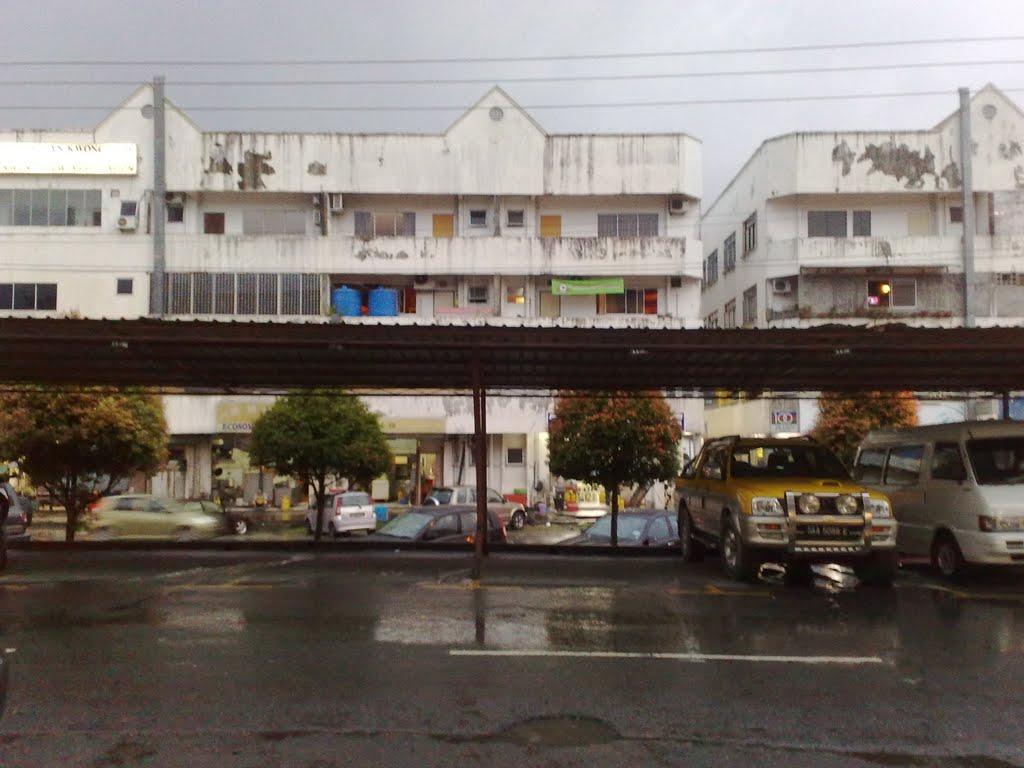 Sabah should be proud to have a "Beverly Hillsâ€ to call its own. Images of high-end properties and tip-top infrastructure play in the minds of visitors and locals as it could be likened to that of the American TV series Beverly Hills 90210.

Alas, it is only a smoke screen that hides an area that is neglected and a community that has long been suffering from being ignored by the authorities.

Let us take, for example, the Bundusan Plaza at Beverly Hills.

The roads have not been repaired for years especially the one near the abandoned police depot. Intermittent floods whenever it rains and the disgusting after flow that leaves muck in its wake are a nightmare for both visitors and shop owners alike.

They spoke to a few shop owners who repeatedly voiced out their displeasure over the endless cycle of flash floods that threaten to ruin their business and lamented that no one in authority cared enough to hear their cry for help!

The smell and pock-marked roads are some of the reasons why visitors seldom venture there. What a shame! Some of the eateries at Bundusan Plaza have appetising menus.

Sonnie who is also the Ketua PDM Warisan Kobusak and Pritchard took upon the authorities to assist the community there.

Pritchard also contacted an officer of the Bundusan Plaza Management team on how best to settle this matter.

He discovered that one of the reasons why such problems were not resolved was due to the fact that the Bundusan Plaza Management did not know whom to liaise with, in the authority!

Pritchard, who is also Special Aide to Darell Leiking, Member of Parliament for Penampang, made the effort to arrange the Bundusan Plaza Management team to work with the Penampang District Council on how best to overcome this dilemma.

He suggested proper documentation be done and calls to be made to the right officer in ensuring that everyone wins at the end of this nightmarish problem.

Approached later, Pritchard said: "It will be good if every property management around Penampang, especially in Kapayan, is briefed by the Penampang District Council or even better, talks given to them on the process and procedures for handling issues that relate to the community well-being.â€