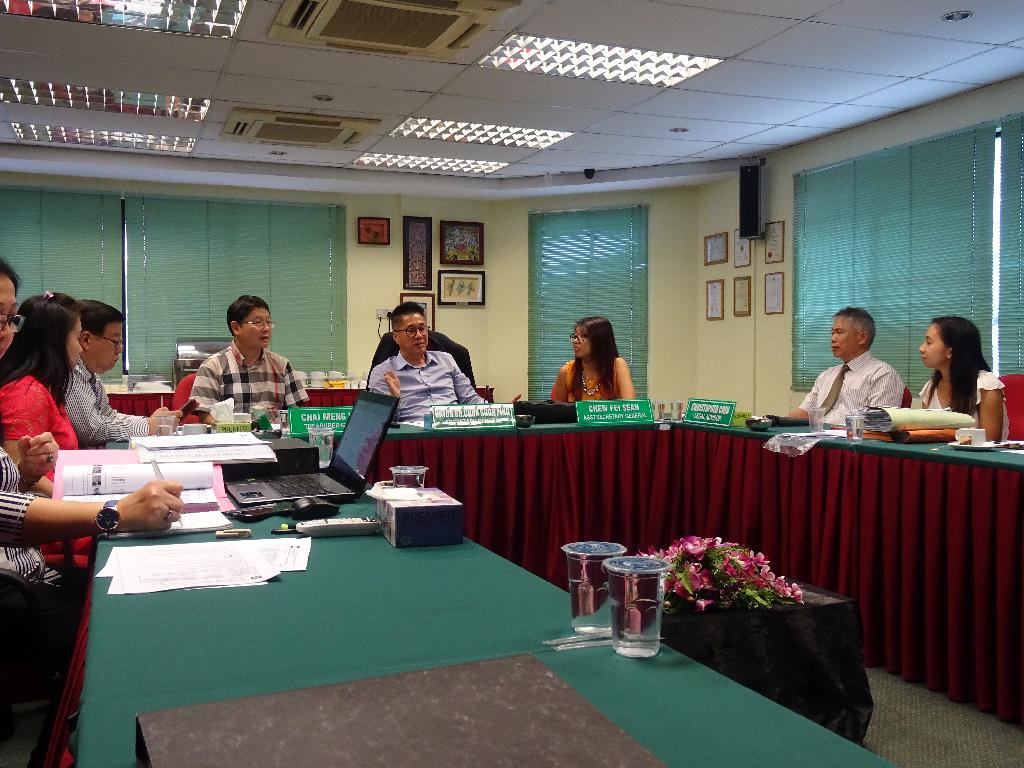 24th AGM and Election of Office Bearers of SHAREDA Council

Sabah Housing And Real Estate Developers Association (SHAREDA) will witness the incoming of a newly elected President and Deputy President at the next term of office of SHAREDA Council 2017-2019 at the forthcoming 24th Annual General Meeting (AGM) on 25th March 2017 at 10:00a.m., SHAREDA Mini Auditorium, Kota Kinabalu, in a statement released by the Hon. Secretary-General, Datuk Sr. Chua Soon Ping.

The incumbent President, Datuk Francis Goh Fah Shun holding office for four (4) years since the year 2013 will be stepping down at this coming general meeting and election of office bearers on 25th March 2017, i.e. having served a maximum tenure of two (2) terms at two (2) years each term. The incumbent President Datuk Francis was elected into office on 27th March 2013 and was returned uncontested on 7th March 2015 will come to an end at this next AGM.

Datuk Chua announced that all members can be nominated for office at the election of office bearers in the SHAREDA Council at every alternate annual general meeting except the office of a President, a Deputy President and two (2) Vice-Presidents of which shall be filled by members who have served on the Council for at least one (1) term in the preceding six (6) years. The SHAREDA Council consists of eighteen (18) members of which five (5) members are appointed by the elected president at the first council meeting, while the rest are elected. The said Council comprises of a President, an Immediate Past President, a Deputy President, two (2) Vice-Presidents, a Secretary-General, a Treasurer-General, an Assistant Secretary-General and ten (10) Council Members including a Chairperson of the Youth Committee.

He added that upon the closing of the nomination of candidates for the election of office bearers for all posts this year is returned uncontested except for the office of a PRESIDENT and a DEPUTY PRESIDENT. The four (4) candidates vying the said posts qualified to contest as they have served the Association more than the required criteria for at least one (1) term in the preceding six (6) years. Both posts are being contested in a straight and friendly one-to-one corner contest at the 24th AGM come 25th March this year. The candidates contesting for the PRESIDENT post are MR CHEW SANG HAI vs MR KONG CHUNG VUI, whereas for the DEPUTY PRESIDENT are DATO' IR. JOHN CHEE SHI TONG vs DATUK SR. CHUA SOON PING. The current portfolio of the candidates in SHAREDA Council 2015-2017 are - Mr Chew Sang Hai (Deputy President), Mr Kong Chung Vui (Vice President), Dato' Ir. John Chee Shi Tong (Vice President) and Datuk Sr. Chua Soon Ping (Secretary-General).

All these dynamic candidates qualified to contest as they have served in the Association for at least four (4) years or more in various positions and as organising chairmen in annual events such as annual dinner - SHAREDA Nite and property expo - SHAREDA PROPEX amongst others.