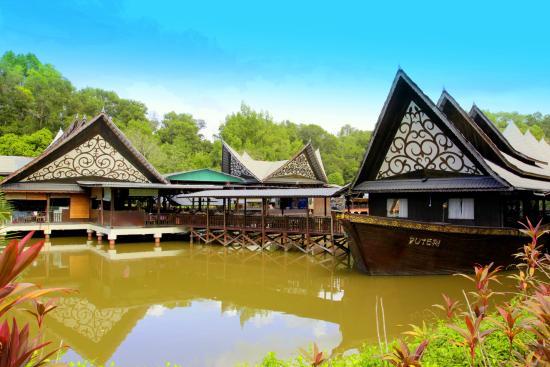 After 20 years in operation, the Putera Theatre Ballroom, Kampung Nelayan Seafood Restaurant, Beijing BBQ Steamboat Restaurant and hawker centre at Taman Tun Fuad Stephens in Bukit Padang will be shut down this March 31.

The closure is due to the imminent expiration of the concession tenure between Silverrado Corporation Sdn Bhd and Kota Kinabalu City Hall (DBKK) in June this year.

As the 20-year concession agreement comes to an end, Silverrado Corporation will be handing back all the buildings it operates and its maintenance rights to DBKK.

Silverrado Corporations signed the concession agreement with the then Kota Kinabalu Municipal Council (MPKK) in 1997.

The company had invested RM15 million in building the Putera Theatre Ballroom, which could accommodate 1,000 diners, Kampung Nelayan Seafood Restaurant and Beijing BBQ Steamboat Restaurant on the lake, alongside the hawker centre and the first Water World Theme Park in Kota Kinabalu.

The public, especially regular joggers and hikers at Taman Tun Fuad Stephens, had strongly protested against the project back then but over the years, the Putera Theatre Ballroom had become a popular venue for wedding banquets and association functions.

Likewise, the Kampung Nelayan Seafood Restaurant proved itself equally popular with domestic and international tourists while the water park became a favourite spot for children to hang out and play.