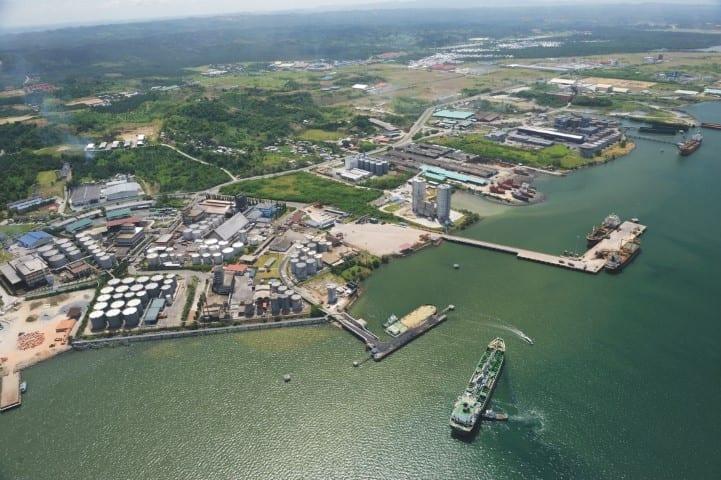 
The east coast town of Lahad Datu will be thrust into national and regional limelight as an investment destination and the hub of the BIMP-EAGA (Brunei-Indonesia-Malaysia-Philippines East Asean Growth Area) polygon in the coming decade by way of transformational initiatives.

This is the ambitious vision of the Sabah government which will be exploring a comprehensive development plan anchoring on POIC Lahad Datu which is being developed by state-owned POIC Sabah Sdn Bhd.

The plans, which were skeletally unveiled by the company chairman Datuk Seri Panglima Yong Teck Lee on Monday, aim to enhance Lahad Datu’s comparative advantages and widen the scope of investments to strengthen Lahad Datu’s role as a major contributor to the state economy.

Yong, who hailed from Lahad Datu, noted that after being in operation the past 15 years, the time is ripe to explore other perspectives to grow POIC Sabah in particular, and Sabah’s east coast in general.

“We are proposing an integrated international airport with a ferry terminal, a maritime academy, building towards being 5G-enabled, a gas-powered plant, food safety and certification facility, among others,” he told the senior management team of POIC Sabah in his maiden visit to the company head office here.
Yong, a former Chief Minister of Sabah, was recently appointed POIC Sabah chairman.

“The plan we are looking at will synergise the company’s desire to develop oil palm downstream and other industries, promote manufacturing to generate outward cargo and develop POIC Lahad Datu as the logistics hub of BIMP-EAGA.

“It will elevate Sabah as the heart of BIMP-EAGA and enhance development and inter-territorial economic opportunities especially with Indonesia’s planned new national capital in East Kalimantan, our southern neighbour,” said Yong.

He envisaged some of the major projects outlined to be developed via ‘privately funded initiative’ and much help from the Federal government, and initiatives such as the BIMP-EAGA China Fund and the Malaysia-China Business Council (MCBC).

On the proposed international airport and ferry terminal, Yong said the rationale is to elevate the envisaged ‘hub’ status of Lahad Datu where foreign investors, foreign tourists and citizens of BIMP-EAGA member countries can enjoy hassle-free cross-border connectivity.

There have been two earlier plans to enlarge the existing Lahad Datu airport – one at Sandau and the other at Silabukan. Both have been shelved.

On water and power supply infrastructure which have been identified as hindrances to attracting investments, Yong revealed that a halted water intake and treatment plant near Lahad Datu is being revived, while authorities are revisiting a shelved project to pipe natural gas from Kimanis on the west coast to generate electricity in Lahad Datu.

“The government spends much funds yearly to subsidise or make up for electricity short-supply issues, almost as much as funds needed to build a 300 mega-watt gas-fired power plant,” he said, while alluding to a plan, since abandoned, of Tenaga Nasional Berhad (the national power company) to erect a 300MW coal-fired power plant at Lahad Datu.

On the idea for a maritime academy, he said that no such institution or the like exists in the state is contrary to the fact that Sabah is a maritime state and should promote careers, like seamanship, and training in disciplines related to international shipping and related disciplines.

Meanwhile, Yong suggested that POIC Sabah initiates an exercise to promote buy-in from decision-makers and stakeholder groups in government and inter-government institutions at state and federal levels, selected embassies and international initiatives.

He had earlier been briefed on the status of POIC Sabah by its chief executive officer, Gwendolen Vu.